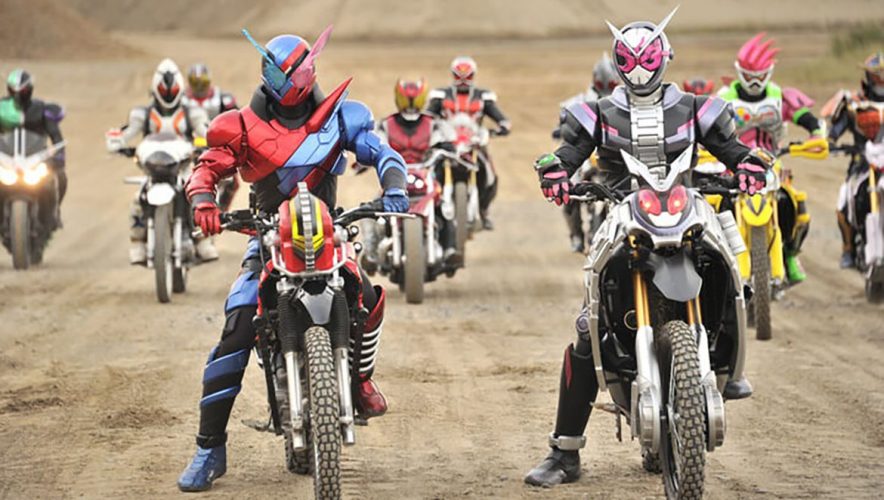 The Kamen Rider Movie Finally Rides To Singapore Cinemas For One Day Only – After 42 Years!

The latest feature film in the long-running series, Kamen Rider Heisei Generations Forever, will be screened at Golden Village Plaza Singapura on that date, with two separate screenings to accommodate more fans who have been waiting for this moment for perhaps the longest time. This ends the 42-year drought Singaporean fans have endured up until this time. 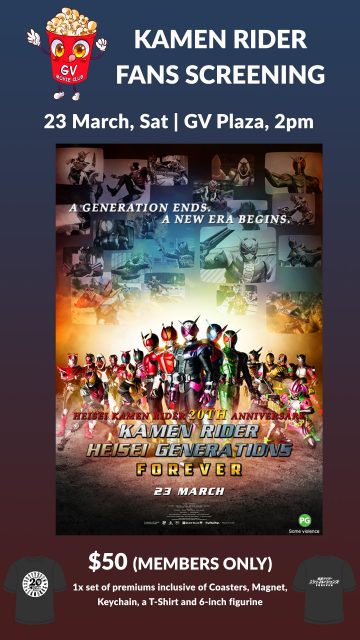 The first screening will be at 2pm sharp, while the second one starts at 2.30pm. Prices for admission are S$50 for GV Movie Club Members only (though signing up is free!), inclusive of additional Kamen Rider-themed goodies such as a magnet (4 designs), keychain, some coasters, a free-size T-shirt, as well as a 6-inch Kamen Rider figurine. Advance bookings for the show begin today, on March 7.