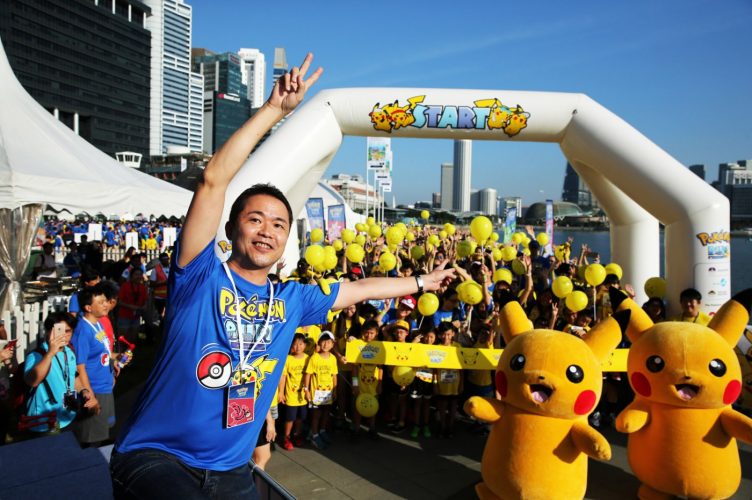 Hey Pokémon fans – what’s the one thing that roughly 6,000 fans managed to catch on sunny Saturday, Jan 14 2017, and that no one else can possibly hope to catch again?

Why, it’s Singapore’s very first Pokémon Run, which took place at the Promontory @ Marina Bay.  Hey, if Superman, Batman and Wonder Woman can have their Justice League Run, while Twilight Sparkle, Apple Jack and Rarity can have their My Little Pony Friendship Run, what’s stopping Pikachu from hosting his own run in Singapore?

I arrived to see a suite of activities at Pallet Town, the Pokémon Village at the center of the morning event, and was greeted with a very carnival-like atmosphere. Pokémon themed music added to the ambiance, and there was also themed food and merchandise sold.  Alas, you had to be early to catch them all, as the Pikachu ear headbands and the tail accessories were the first items to be snapped up by the enthusiastic runners, who wore them during the run.

There was also a Pokemon Garden for runners to take photos with Pokémons, and a kids areas with Pokemon Tretta, a bouncy castle and trampoline. 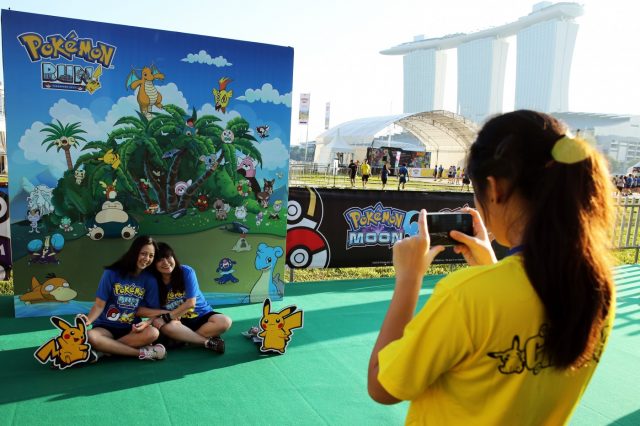 It was an amazing sight to see 6,000 people who turned up in the official run t-shirts appeared as a sea of blue and yellow for the run. These t-shirts were part of the race pack which included a Pikachu towel, a Snorlax draw string bag and a personalized number tag with the participant’s name on it. The kids get the exclusive yellow Pikachu shirt, and those ran out first among the attendees. I guess even the folks behind Pokemon can underestimate the demand from the younger crowd. 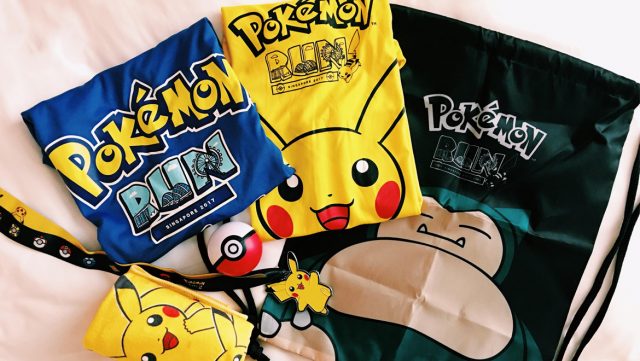 Just before the the run, Pikachu himself wowed the crowd by leading the warm up session. Pikachu did stretches, side steps and rotations and looked really adorable while doing it. 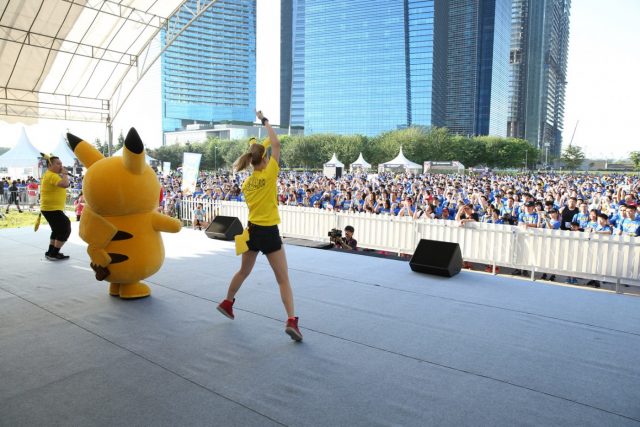 The first wave of the run started at 9am, where a group of junior Trainers had the opportunity to run alongside with Junichi Masuda, who makes his debut appearance in Singapore as the Guest-of-Honour for the run.  He is also a founding member of Game Freak, the development team which created the Pokemon games, where he is the game director and composer. 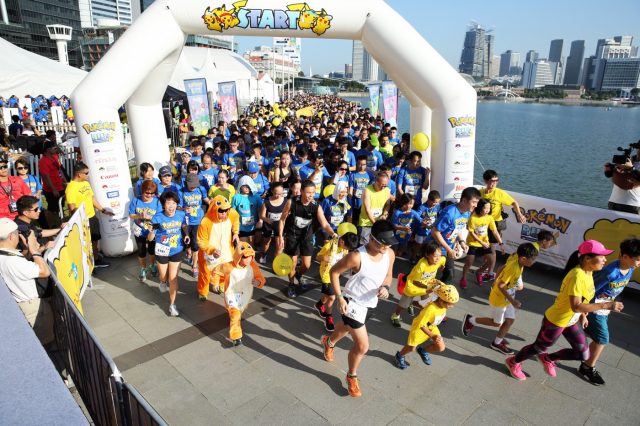 When I first saw the route of the 5km run, a wave of nostalgia hit me as this was the exact same route I had taken during the first outing playing Pokémon Go. This is a well-known route to catch Draitinis, which evolve into Dragonites, the most powerful Dragon-type Pokémon. It is also a very scenic route, with many great views of various iconic landmarks.

In Pokémon Run SG, this route also captured the essence of a Pokémon trainer’s journey by giving, by giving each runner Pokéballs as they embarked on their journey, Pokémon standees for runners  were added to discover, and take photos with. 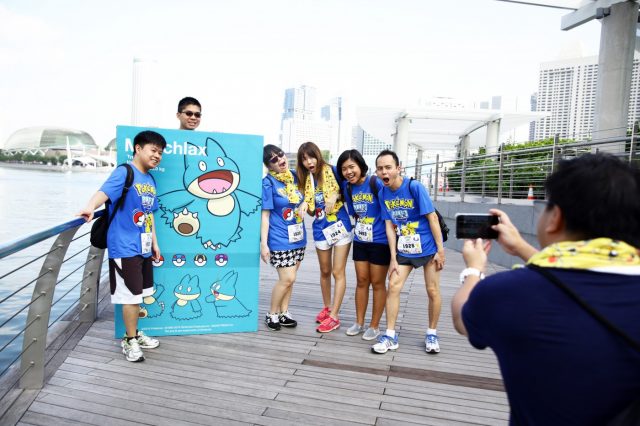 The runners traveled at different speeds, some strolled leisurely to match the speed of a SlowPoké, while some runners ran to their heart content, like Dodrios. 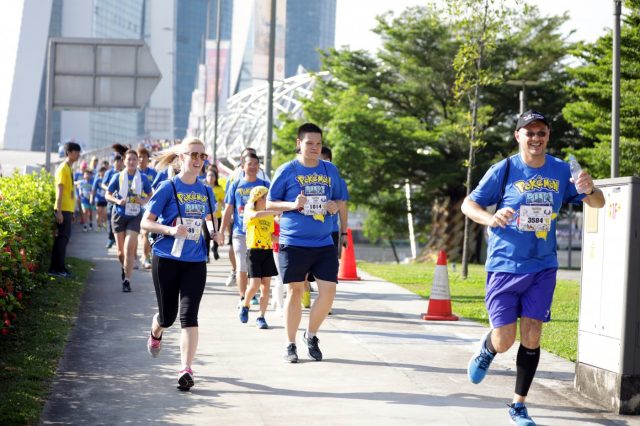 Not before long, the runners completed the journey at the finish line of the race. 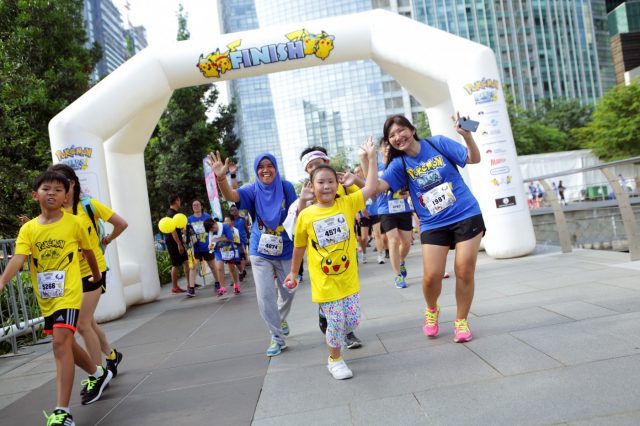 Every runner was presented with the much coveted Pikachu medal for completing the race. Post race, there were giveaways happening on stage, as well as a Pikachu Parade, which saw ten Pikachus paraded in front of the still-energetic audience. 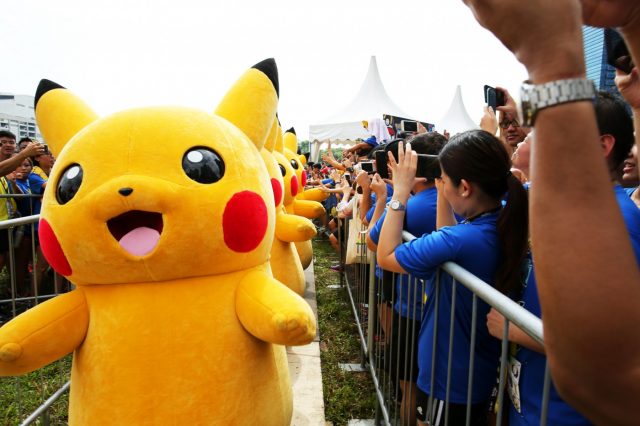 Junichi Masuda also signed autographs for 50 very lucky participants. Some of these participants came prepared with their copies Pokémon Sun and Moon, and even their Nintendo 3DS consoles, for Junichi Masuda to sign. 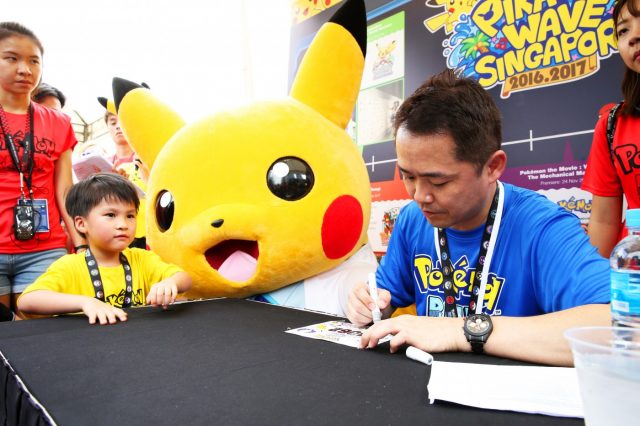 The event ended with a blast, where the troupe of 10 Pikachus marched in and danced on stage with an electrifying performance. We definitely hope this run would happen again for the next year, for the newly minted Pokémon Masters here. 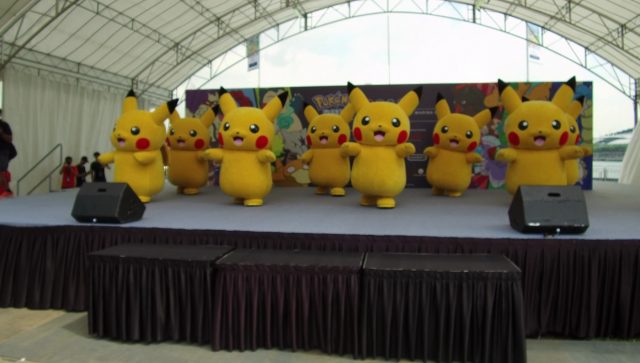