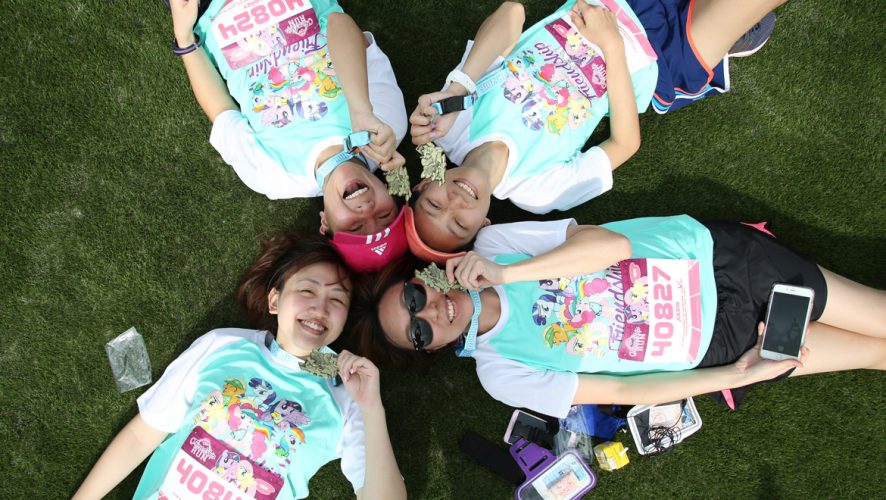 “How many fathers here were made to participate in the My Little Pony Friendship Run by your daughter?”

Several dozen hands raised up each time the event emcee asked the question before each flag off, but the smiles on the faces of the hundreds of Dads this morning at the inaugural My Little Pony Friendship Run said otherwise.

It isn’t everyday that you see Dads carrying their princesses on their shoulders, some of them too tired to complete the 6km, 4km or even 1km fun runs. Many of them were running hand-in-hands with their girls, who were dressed in some of the most colourful outfits ever worn in a major run.

And no one made some Dads wait and queue in the line to not only apply some glitter tattoos on their girl’s arm, but also have the cutie marks of Rainbow Dash, Princess Twilight Sparkle, Fluttershy and Pinky Pie applied on their own faces and arms.

More than 5,000 participants galloped across Palawan Beach this morning, in a run that basically sold on on pre-orders alone. (I know because a friend tried to sign up on the last day of the Early Bird and basically found out that they only had one size left for the limited edition t-shirts.)

Here’s hoping that next year’s event will be as magical.