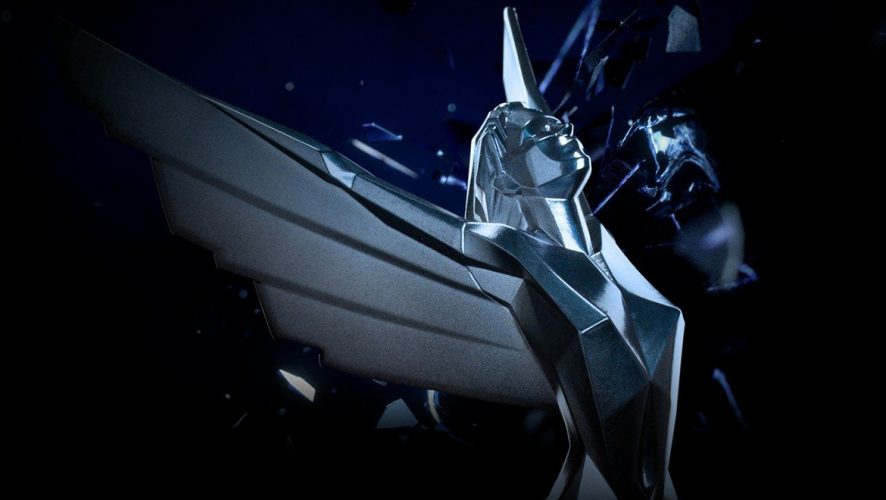 A whole year of gaming, and it all boils down to this – the annual Game Awards, once again hosted by the established Geoff Keighley! 2018 has been a fruitful time for the community, boasting impressive, highly-anticipated titles that run the gamut from God of War to Red Dead Redemption 2, and the moment is here to celebrate the efforts of each respective studio.

The event isn’t all just about the award-winning thrills, however. Adding to the hype are new reveals, gameplay trailers, and teasers, which not only brought more excitement to the table, but also serve as the perfect closing to usher in another new gaming year.

Here’s what went down at The Game Awards 2018, for those who missed out on the action.

It’s an Avengers game, but not the one that most were expecting from Square Enix. Nonetheless, hype levels hit the roof with the appearance of familiar faces, such as Guardians of the Galaxy, the Avengers (duh), the Black Order, and Wolverine, who are all duking it out with one another. The four-versus-four beat-’em-up action, however, is only reserved for owners of the Nintendo Switch, and will be hitting shelves come 2019.

Crash Bandicoot is back – not just in the driver’s seat, but in HD too. Retaining the best elements of the original, the remaster will bring back all modes, ranging from Arcade and Versus, to Battle and Time Trial. Shift in the gear, for PlayStation 1’s answer to Mario Kart is back!

The trailer speaks of post-nuclear, with gunfire, violence, and destruction aplenty, now confirmed to be the sequel to Far Cry 5. It’s quite the far cry (hah) from the usual standalone installments in the series, and it’d certainly pose as an interesting contrast to fellow post-apocalyptic title of the Fallout fame. Familiar elements, such as the saw blade-equipped weapon seen in the previous teaser trailer, and the backdrop of Hope County, all make an appearance once again, with February 2019 being the date to look out for.

Ah yes, good ol’ Mortal Kombat. The teaser reveal is as expected as it can get, featuring tons of fighting, but buckets of blood, gore, and bone-breaking. April 23, 2019 is the day that marks the return of Scorpion and his friends (or foes), with a community reveal primed for January 17, 2019.

Dante, Nero, and their fellow devil killers are back in action. A new trailer for Devil May Cry 5 has given a few glimpses of what to expect in the game: the usual hack-n-slash badassery, gorgeous visuals, and dynamic teamwork.

Infinity War may be the biggest crossover in the movie industry, but the game community now has the Super Smash Bros. Ultimate – Take Your Heart DLC that allows players to summon a Persona in the midst of a brawl. Bet you didn’t see that coming, huh? Joker is the first of five DLC characters in the package, all of whom come with their own stage and music. Truly the gift that keeps on giving, Super Smash Bros. Ultimate launches later today (December 7, 2019). Well played, Nintendo.

True to the Psychonauts flavour, this highly-anticipated reveal is extremely mysterious and quirky, but shows the return of Raz, who has to use all his acrobatic prowess and psychic powers to trasverse and uncover the hidden perils of the Motherlobe. It’s promising, it’s quirky, and it’s planned for a launch in 2019.

It’s been four years, so word of a new Dragon Age is certainly welcome news. Nothing much is going on in the trailer, however, except a hashtag referencing Solas and a short voiceover, but expectations sure are high for this one.

An 8-bit game is always welcome in the saturated AAA, high-graphic gaming market, and this Survive By to bring back the nostalgia of those times. In Survived By, players journey through an online, bullet-hell style roguelite, in which their stories are shaped by permadeaths and one’s descedents. Welcome to hell, troopers.

Finally, a face has been given to the evil of the Anthem world. The much-hyped Bioware game has seen a host of gameplay trailers and reveals over the year of 2018, but the big bad was never really revealed – until this new story trailer, that is.

‘Tis the perfect season to have a snow map, and PlayerUnknown’s Battlegrounds (PUBG) gets one in the form of Vikendi. Apart from the promise of new guns and snowmobiles, the snow-covered ground also leaves behind footprints, which means players can have an easier time looking for their prey to win that chicken dinner. The Vikendi map will go live on December 19, 2019, and is set to arrive on consoles in January 2019.

The mad post-apocalyptic shooter introduces new locations in its open-world setting, alongside new weapons, vehicles, and of course, more insanity. Come May 14, 2019, and players will be able to go on that adrenaline-fuelled adventure that is Rage 2.

From the original creators of Fallout comes The Outer Worlds, a game set in the futuristic edge of the galaxy and features the usual uprising and rebellion trope. If the amusing disclaimer at the back is anything to go by, players can certainly expect plenty of absurd fun.

Epic Games recently announced the all-new Fortnite Creative mode, but that’s not all in store for fans. The holiday season sees the gaming juggernaut going big on the Christmas theme, with the addition of new weapons and ziplines into the game, courtesy of a big, mysterious iceberg. Also shown in the trailer is a huge wooden block, where the coolest, most creative content created by players will be featured and eventually brought into the battle royale mode.

Featuring the soft blend of green and blue hues, The Pathless is a gorgeous game that seemingly brings players on an adventure through a forest of rich diversity, where hawks and fire monsters reside. Planned for a 2019 release on PS4 and PC, this is one indie worth keeping an eye out for.

The company behind No Man’s Sky presents The Last Campfire, which follows “a lost ember trapped in a puzzling place, searching for meaning and way home”. It does seem like a pretty, quirky little game, so hopefully the team has learned from the failures of No Man’s Sky and work on delivering a memorable experience for the community.

Dead by Daylight: Darkness Among Us

The horror continues with Dead by Daylight’s Darkness Among Us, while the rest of the series sees the addition of dedicated servers.

Supergiant Games enters the fray with another new title in store. Named after the Greek god of the underworld, it appears to take on the theme of Greek mythology, with brief gameplay instances showing a reference to Zeus and his lightning ability. Painted in the cheery hues of neon colours, Hades boasts the distinct art style of both the Bastion and Transistor fame, where turn-based strategy seemingly makes up a huge part of gameplay.

Offering a first glimpse of the vast, frigid constraints of frozen wastelands, Scavengers is a four-player co-op that sees players teaming up to survive and competing to win. It’s set to combine exploration, combat, survival, and teamwork, with play tests coming in 2019.

The wonder of video games is allowing players to assume many different roles, but in this upcoming title, primates take centrestage. It’s Planet of the Apes, gamified, which means wrecking destruction as a monkey should be rather…interesting.

A while back, word was that Netflix phenomenon Stranger Things is looking to venture into the gaming market. A debut trailer since been unveiled, with the title taking on a 16-bit aesthetic and the co-op beat-em-up genre. Based on the show’s third season, Stranger Things 3: The Game will be coming to platforms at an unannounced date.

Everyone loves a good conquest, and Atlas increases the challenge factor with a world that’s 12,000 times the size of the Ark: Survival server. Build an armada, exert control over other nations, and dominate the world – the action comes to Xbox in 2019 and PC tonight.

Put your seatbelts on – or don’t, since this is Rocket League we’re talking about – because a sweet, sexy car is making its way to the hugely-popular football-meets-racing title. Vrrrrrroom.

It’s pop music meets video gaming for Nintendo Switch’s upcoming title, Sayonara World Hearts. Slated for release in 2019, the trailer comes decked out in bright, neon tones that are highly reminiscent of League of Legend‘s POP/STARS video, and seems to be a hell lot of fun. Get your groove on, rhythm game lovers.

Journey to the Savage Planet

Filled with post-apocalyptic vibes, Journey to the Savage Planet echoes the setting of similar titles like the Fallout series in the isolated space of space. With the promise of gameplay previews in 2019, this will be another interesting adventure to embark on.

An entertaining reveal all around, The Stanley Parable: Ultra Deluxe takes on the tone of sardonic humour, and features familiar elements of the original game. Expect new content, new endings, and new choices.

A debut show from a new three-man indie studio, Among Three features a beautiful, beautiful environment of the wild. It seems to be pretty nature-oriented, with more information coming in 2019.

Game of the Year: God of War (Santa Monica)

That’s yet another Game Awards into the history books. Congrats God of War for snagging Game of the Year, as well as Red Dead Redemption II for being the big winner of the night. With plenty of award-winning action and surprising game reveals, this certainly made for an exciting affair. Next up would be PlayStation Experience replacement The Kinda Funny Games Showcase, so we’ll catch you then!

Keep up the gaming spirit, troopers.