Developer Supermassive Games is finally back with the next installment of its intensely gripping narrative-driven horror games series, The Dark Pictures Anthology.

Where Man of Medan took folks to the high seas on board a ghost ship, Little Hope keeps things a little more simple, straightforward, and a lot more intense. The story follows a new cast of characters, one of them being Will Poulter of The Maze Runner and The Chronicles of Narnia fame, embarking across the fictional town of Little Hope, and meets with horrors that hearken back to the iconic Salem witch trials of the 17th century.

The trailer above depicts a setting that feels a little closer to home, and at the same time a lot more foreboding as the characters are set to deal with an anicent horror that dates back over 300 years. How exactly they will deal with this threat remains to be seen.

And of course, everyone’s favourite Curator (voiced by Pip Torrens) is back to watch in gleeful delight as you make (bad) choices during the game.

The Dark Pictures: Little Hope releases on Summer 2020 for PC, PlayStation 4, and Xbox One 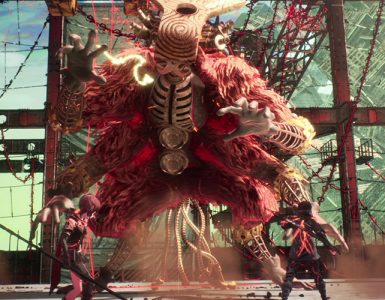 The Demo Edition lands on Xbox first on 21st May!