After much anticipation by fans, publisher VNG’s latest Three Kingdoms-inspired strategy RPG, OMG! 三国霸王, has finally launched its latest official servers in Singapore and Malaysia. Players can now head to the game’s official website to download the game (for both iOS and Android), and lead their own band of mythical heroes to battle in this newest adventure from Vietnam’s leading games publisher.

OMG! 三国霸王 has previously launched in other SEA markets such as Vietnam and Thailand, where it was warmly received by millions of players from both countries. In its home market of Vietnam, the game welcomed over 1,000,000 players within its first two weeks, and has gone on to become a part of the Vietnamese mainstream by collaborating with numerous famous personalities in streaming, game reviews, and even music. In neighboring Thailand, the game received over 400,000 pre-registrations, with over 200,000 players actively spending time within the game’s beautiful world. With the game’s latest launch, players in Singapore and Malaysia are now welcome to join this rapidly-growing community!

OMG! 三国霸王 offers a satisfying and strategic gameplay experience, challenging players with its unique blend of RPG combat and auto-battle mechanics. Players must form a team of famous warriors from the Three Kingdoms – such as Guan Yu, Lu Bu, and Zhao Yun, each reimagined with 4 unique abilities and play styles – before arranging them in a 3×3 formation based on each warrior’s specialty. Once preparation is done, sit back and watch your carefully-laid plans play out with the game’s Auto-battle Feature!

Once you reach level 6 in the game, you will also be given 50 free draws on the character gacha, assuring that you’ll have a full roster of Warriors to take into battle with you. You can also freely transfer items between your heroes, so feel free to try out as many as you like!

Explore the Fantastical World of the Three Kingdoms

With multiple campaign maps to explore, OMG! 三国霸王 places players in the Three Kingdoms era like never before. Aside from the usual campaign missions, players can also complete sidequests, farm for resources, find valuable treasures, or even uncover hidden dungeons within the campaign.

You can also spend as much time as you’d like on the campaign map, as OMG! 三国霸王 does not feature a timed mechanic that forces players to wait before doing certain actions. Structures are built or upgraded instantly instead of forcing players to wait for hours or even days, so you can jump back out into battle whenever you want!

Best of all, OMG! 三国霸王 is grateful for the time players spend on the game, and as such aim to give back by offering tons of rewards for simply playing the game! For example, players can earn Golden Ingots (for summoning) through the Main Quest, or even by completing daily tasks.

With a deep, strategic RPG combat system featuring dozens of beloved and well-known characters, an extensive campaign system, and tons of free rewards, OMG! 三国霸王 has everything a player could ever ask for. Download the game today, and become a part of the game’s global community!

Meet Famous Actors You Know in the Game!

OMG! 三国霸王 is also excited to announce the identities of the game’s two ambassadors, both of whom are famous celebrities. The first is Singaporean actress Fann Wong of Hollywood fame, while the second is actor Christopher Lee from Malaysia. Join the world of OMG! 三国霸王 and find out what exciting roles these two ambassadors have to play!

For more information about OMG! 三国霸王, as well as updates on all the latest activities and events, head on over to social media channels via the links below:

As one of the four key business units of VNG Corporation – Vietnam’s first-ever unicorn start-up (The Asean Post), VNGGames is recognized as one of the leading game publishers based in Vietnam. With 16 years of experience in publishing games in Vietnam markets and some foreign regions including South East Asia, North America & Latin America, VNGGames is now seriously taking further steps to conquer the global stage, starting with SEA markets. 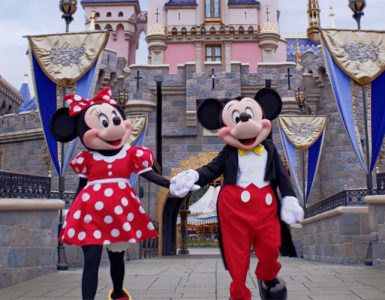