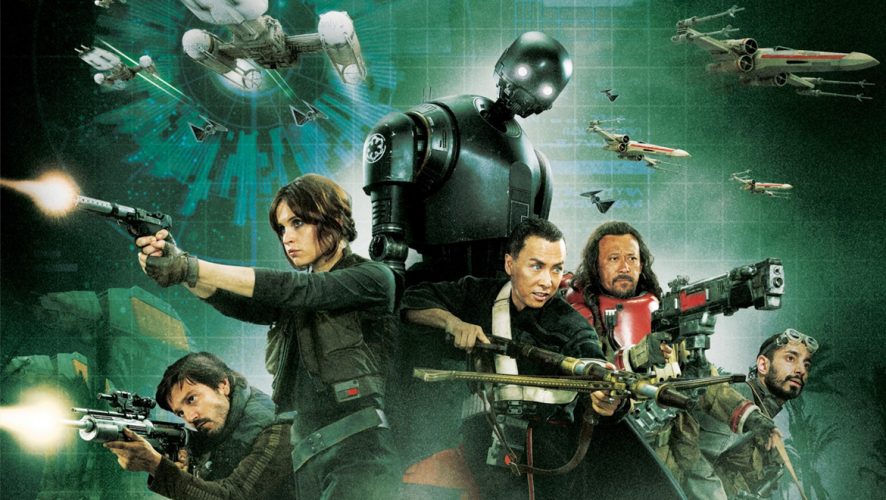 Star Wars: Rogue One Characters, Ships & Story Details – All You Need To Know

With a new Star Wars movie planned for every year to come, it’s going to be challenging for fans to keep up with the who’s who in Disney’s expanded universe. This is where companion books such as Rogue One: A Star Wars Story: The Official Visual Story Guide come into play. It gives junior geeks a chance to pour over these huge hardcover books and get a better grasp of the characters which they might only briefly see on screen. But to Geek senior, these images gives us a early peek into what the upcoming movie holds in store for us and the future looks bright.

First of all, Darth Vader looks to be in the movie and I guess that settles it. But the main gist here is we get a glimpse at all the protagonists and antagonist in Rogue One.

In order to save your eyesight, here’s the breakdown:

Director Krennic is the main villain played by Ben Mendelssohn for Rogue One. While described as the military director of the Empire, to defend the Galactic Empire against the Rebels mission to steal the Death Star plans we all know how that eventually played out. Are villains forever destined to be one-shots in movies?

At one point of time I doubted if Star Wars was able to churn out new ships for the universe and clearly that doubt has been alleviated. X-Wing Miniature player’s wallets will tremble with the new TIE Striker and Rebel “U-Wing” Starfighter!

There are plenty more pics from the book below and they are worth a browse!