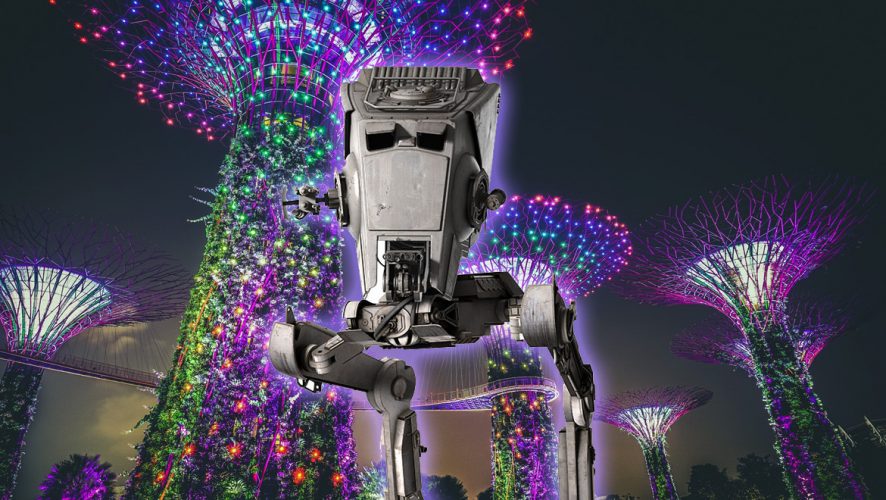 After a few years of community run events (which were great by the way), 2017’s May the 4th will now be spearheaded by Esprimo and the Singapore Tourism Board based on the release we just received. And it all ties back in nicely with the inaugural Star Wars Run that will be taking place on 6th May.

It’s the 40th anniversary of the release of Star Wars: A New Hope, and this three-day extravaganza will take place at the Supertree Grove, Gardens by the Bay, Singapore from May 4th to 6th!

Details are still trickling out, but we know for sure that the Supertree Grove will be transformed with a distinctive ambience unique to the Star Wars Universe. Expectations will be running high indeed as we prepare for a Star Wars event of such a scale in Singapore!

We usually have a calendar of events in the later part of April but here are a few highlights to check out at Gardens By The Bay. 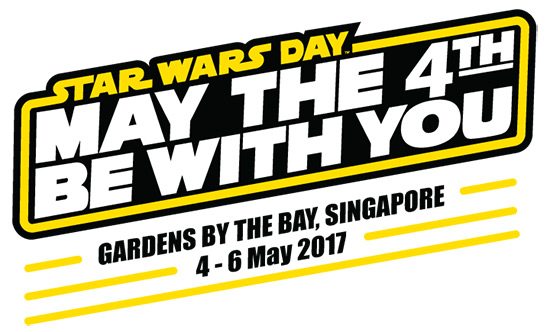 Twice nightly at 7.45pm and 8.45pm, catch the Garden Rhapsody: Star Wars Edition featuring a dazzling 15-min music and light composition. This multi-sensory treat will be set against the iconic Star Wars soundtrack.

To round off the night, there will be a Star Wars themed Silent Disco on May 5th and 6th, from 9pm to 11pm. That’s where people put on headphones and dance…silently.

We’ve seen an AT-ACT and X-Wing built for specific events at Vivo City and Changi Airport but these were for events with at least a month long presence hopefully this guy won’t be a simple cutout.

As always, the 501st Legion, Rebel Legion and Fightsaber will be making an appearance on May the 4th, but this time they will be led by Chewbacca and Kylo Ren. Seeing as how we’re so close to the Star Wars Run, pretty sure these guys will be leading the Light and the Dark side of the runs as well.

Make sure to grab a picture with all the guys in costumes and stay respectful always!

Need we say more here? There’s an ongoing giveaway happening right here on this site but if you’re a true Star Wars fan, you probably already have a pair or more!

may the 4th Singapore Star Wars

Get an exclusive Golden Castle Chibi Figurine with a 5-set bundle pre-order! 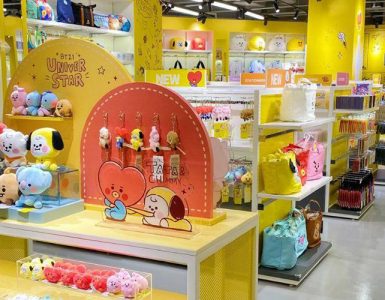 It has islandwide delivery too.