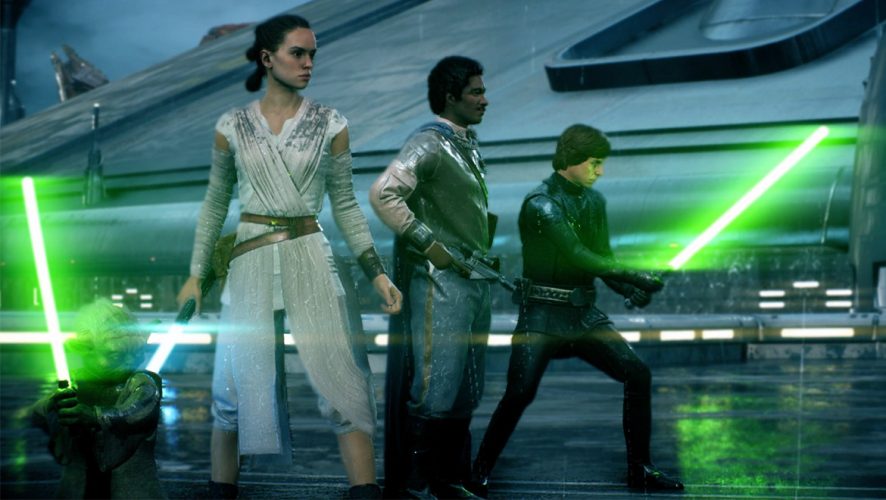 Star Wars Battlefront II: Heroes Vs Villains Is the Game Mode You’ve Been Looking For

Have you ever wished you could have your favourite Star Wars heroes and villains from across all 3 cinematic eras pit against each other, in a 4-on-4 team battle?

Maul vs Fett. Palpatine vs Rey. Ren vs Calrissian. Chewbacca vs Binks… Ok, maybe not the last one, but Geek Culture managed to get some hands on for this epic new mode on Star Wars Battlefront II and excitement, adventure, we crave you!

So who will win? Earlier this week, EA invited us up to their headquarters in Redwood Shores, California for an exclusive hands-on session with Star Wars Battlefront II. Was it to finally get our first look at the single-player campaign starring Iden Versio (Janina Gavankar) and the Inferno Squad? Sadly it wasn’t the case, but EA had a higher purpose for gathering everyone at their HQ, and it was to partake in a bevy of multi-player sessions across all the game modes. 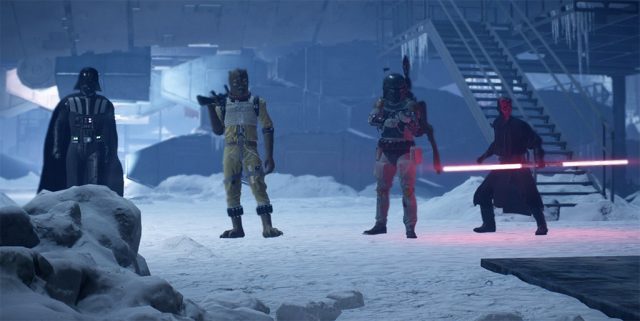 As for the highly anticipated single player campaign mode, we’ll be taking it on at the comfort of our homes later this week, so stay tuned for our review early next week!

Gamers have already had a small taste of four multi-player game modes during the open beta early last month: Galactic Assault, Starfighter Assault, Strike and Arcade. In case you missed it, read our beta impressions and check out some beta gameplay footage here.

The Heroes vs. Villains game mode in Star Wars Battlefront II is a 4 v 4 team battle, of Dark vs Light side. Each team starts with 10 “tickets”. At the start of the game, one player on each team is randomly “marked for death”, indicated by a “kill/defend” icon above the chosen player’s head. This makes for a fun mechanic where the opposing team will be aiming for the marked enemy, while protecting their own marked teammate. Each time a marked player is killed, one ticket is deducted from that team’s score, and the mark is shifted to the next random play in the team. The first team that loses all their tickets loses the game. 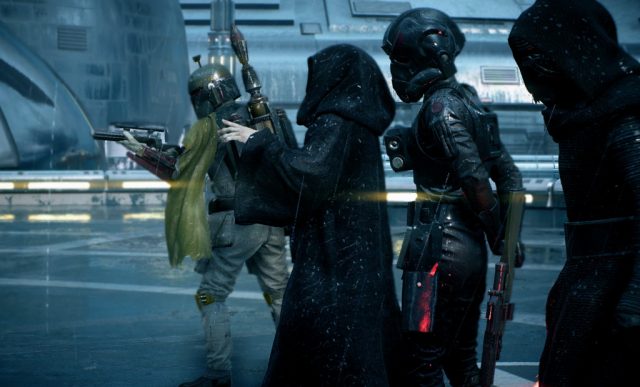 And for my playthrough, Kylo Ren was my character of choice. As with all lightsaber wielding heroes and villains in the game, the controls are pretty easy to handle. L2 blocks attacks, and deflects blasters, R2 strikes with the lightsaber. Apart from that, Kylo Ren has 3 useful abilities at my disposal. This includes “Freeze”, where he can literally stop his enemies in their tracks, making them easy pickings. The second “Pull” ability enables Kylo to close the gap between him and his enemies. And lastly, his “Frenzy” ability enables him to leap at his enemies with his lightsaber, inflicting serious damage. You know, kinda like when he thrashed that room in The Force Awakens.

When used effectively between cooldowns, these combination of moves makes Kylo a deadly adversary, which I’ve come to appreciate with deep satisfaction.

Each time Kylo lands a strike on his enemies, the audio cues from his lightsaber, accurately reproduced from the movie, makes for an unexplainable gratification. In this respect, EA has done a novel job at depicting each of the character’s characteristics and moves, making you feel as if you’re really in control of your hero/villain. Controls were equally responsive and with everything running at a silky smooth 60fps, it could do no wrong. 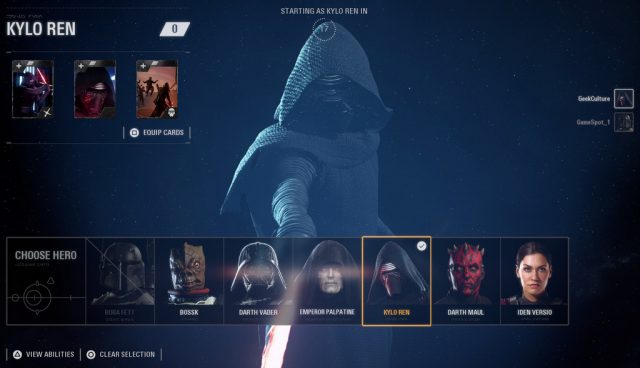 Here’s the 10-minute gameplay session I had with various members of the press. At some point in the session, Kylo even fought alongside his grandfather, Vader, and even Darth Maul. Three Sith Lords across three eras. Love it!

Based on what I’ve played over the past 2 days, and what I’ve seen so far from the single-player campaign mode, it sure looks like we might be on the precipice of the launch of the greatest Star Wars game ever. EA has even taken in players’ feedback from the beta, and went ahead to make further positive changes prior to the game’s launch on November 17th.

It sure looks to be the perfect piece of entertainment to whet every Star Wars fan’s appetite, before the new movie lands on December 15th.