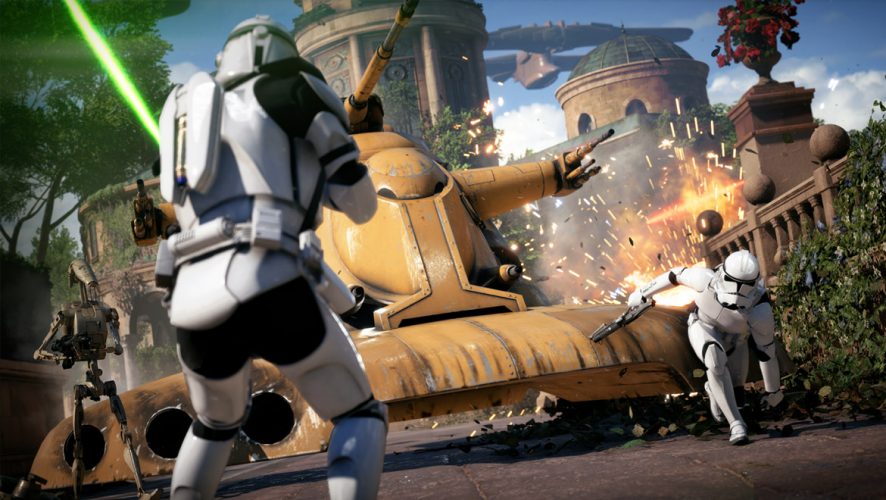 When Star Wars Battlefront was released in 2015, it was received with a ton of negativity. From the amount of multiplayer maps there were, no multiplayer classes and no single player campaign, it was a hot mess. Mechanically and visually the game was fantastic. The problem was it felt like half a game. Not a full price AAA title.

With the announcement of Battlefront 2, EA has put to the forefront these issues in its marketing campaign and we can see we are already going to get a game triple in size to the first one. With the beta kicking off a few days ago, we can get a glimpse into what Battlefront 2 is going to be like…

Classes make a return. Much joy.

One of the biggest complaints with the multiplayer of Battlefront was the lack of classes. Well good news. Classes have returned. You get to choose from four: Assault, Heavy, Officer and Specialist. The Assault and Heavy classes are your standard combat infantry units. These classes provide the raw firepower to take objectives and keep the opposing infantry units in check. The Officer class is basically a support build, they can buff and heal nearby allies and can also increase squad damage output. The Specialist on the other hand is better used in the back lines as they can spot enemies and tag them and the main weapon of choice for them is the sniper rifle. 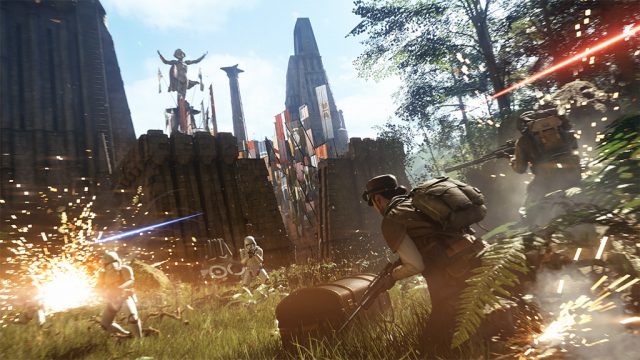 With these simple additions, each player now can feel they actually add something to the outcome of the matches due to the squad dynamic. It is so much better than the pitiful two player ‘squad’ from the first game.

Another big grumble with the first game was the fact that as a player you had no real control on how you wanted to play. This was due to the random pickup system that allowed you to get access to vehicles, hero characters and special classes. Well, that has gone. A new system is in place. As you play you will earn battle points. The better you play, the more you get. Once you hit a certain amount you can choose to spawn into the map as a special class, a hero character or even a vehicle. This system allows the player to control what and when he is doing in the map. Getting hit from the sky too often? Spend a few points and take the battle to the skies to support your squad on the ground. It is definitely a better and more focused system than the previous game. 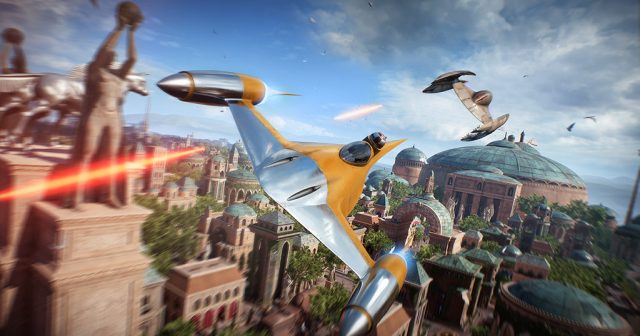 The Star Card system from Battlefront returns. You can equip up to three cards that grant you passive bonuses or charged based abilities. So you can get a card that gives an instant kill sniper weapon that takes time to charge or another card cools ship engines quicker. In the first game, the star cards worked as there were no classes. Now with classes, the cards seem a little too much on top of the class abilities you already have. We will have to wait until the full game to see how the cards play out over time.

It looks and sounds gorgeous. Plays well too.

Battlefront 2 looks fantastic. It sounds amazing too! Both have had a significant upgrade over the original 2015 release. Nothing to complain about here. The multiplayer is smooth and chaotic and really fun. If the single player content matches the multiplayer, then Battlefront 2 will surpass its predecessor in every department. Which is not too hard if you think about it. 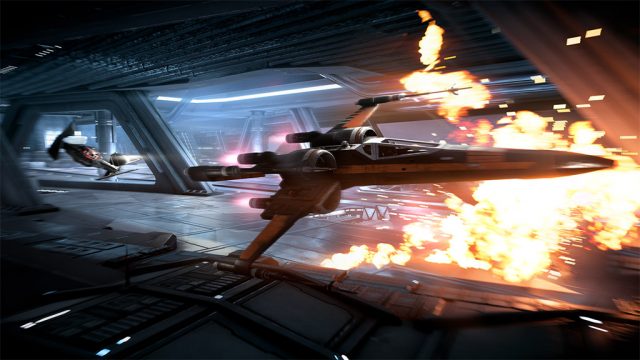