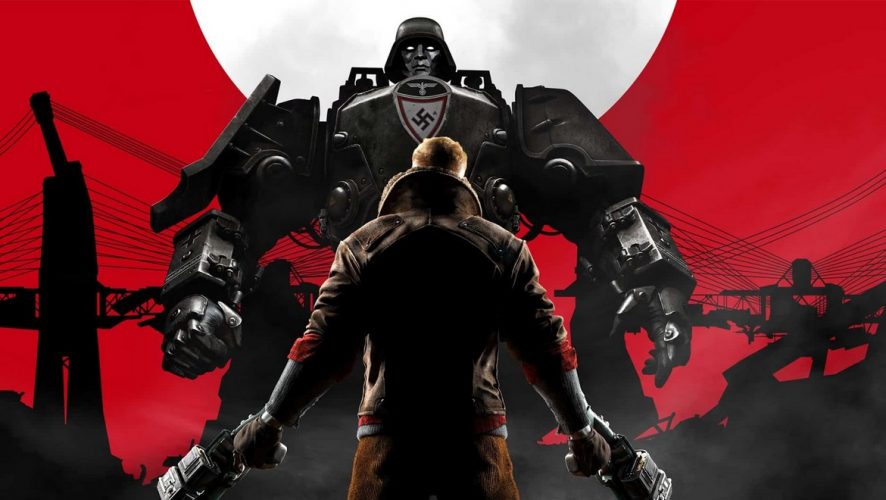 If the alternate history of Wolfenstein II: The New Colossus ever came to pass, I would imagine the American resistance would react the same way as our beloved protagonist, BJ Blazkowicz, does – all-out destruction and death to all the Nazis.

This stance never changes throughout my 25-odd hours with the latest from MachineGames and Bethesda, and it is the very reason why I have come to love the rebooted series so much.

Picking up right after the events of the The New Order, Blazkowicz is victorious but basically a walking corpse, with entrails not where they should be. The resistance’s Kreisau Circle does their best to patch up the hero, and not surprisingly, the remaining Nazis and the menacing Frau Engel (Nina Franoszek) soon drops in on the Eva’s Hammer, the U-boat that serves as the base of operations in The New Colossus.

Nothing quite prepares you for Nazi-killing in a wheelchair, and as ridiculous as it sounds, The New Colossus makes it work wonderfully. Even with half his health and restricted movement, Blazkowicz is still a death machine, albeit one that is labouring and on his last legs. Every kill feels earned and satisfying, and it is a feeling you will come to enjoy all through the game.

The New Colossus is definitely not an easy game, and even the lowest “Can I play, Daddy?” difficulty level can catch you off guard. But it feeds into the gratifying loop that pretty much makes it a great game. Dying is a prerequisite, and every BJ Blazkowicz will find a playstyle that suits them, be it guns blazing or a more measured response. Nothing is insurmountable, even if it takes some time for you to overcome the robotic monsters of the Third Reich.

With 11 story missions and side stuff to get yourself into, the campaign is by no means a short romp. There are plenty of perks, upgrades, and collectibles to find and collect. Mainlining the game will take you up somewhere from 10-12 hours, that is if you are competent enough for it.

The game will send you on missions to various locations, but generally, you will find the areas swarming with Nazi goons, alongside Übercommanders that can raise alarms and make your life even harder. A variety of enemy types and a free-form approach means no two firefights are the same, and that is a good thing for a title that has a significant death toll.

Both firefights and quiet moments are also great for getting yourself some perks. This familiar mechanic returns for the sequel, and would certainly train players well in the art of The New Colossus’ warfare. Eliminate enough foes while dual-wielding to get more ammo capacity, or kill opponents using combat takedowns when up close to gain increased speed for regenerating health, and so on. Weapons can also be upgraded using the new Weapon Upgrade Kits, which is great as it does not specify which upgrades you get, but gives players the choice to suit their playstyle.

Exploring this alternate universe is also utterly enjoyable. This twisted High Castle world is suitably dark and foreboding, chocked full of future Nazi technology meant to terrorize and strike fear into the resistance. The mechanized and true nature of the new regime is juxtaposed against the very propagandist slant the Nazis want the people to see.

It actually makes you wonder that if something like this happened, would the people ignore the horrors surrounding them, much like the NPCs in the game.

Not only do the environments look great, the performances for most of the in-game characters are also top notch. Cutscenes are gorgeous, and the delivery of every actor carried weight and made you believe, even if you know it’s a hard slog for the resistance and that the Nazis are always looking to crush you. All these interject perfectly between tense gameplay sections and provides enough exposition to keep the fight going.

Even while on the Eva’s Hammer, the banter between the crew members can shed some interesting and thought-provoking light on the world of The New Colossus. These are people from all walks of lives, and all have undergone varying degrees of suffering, and it makes your thirst for revenge grows even stronger. The devil’s in the details, and The New Colossus absolutely nails the small things.

In a game like this, you cannot separate the strong themes of patriotism against oppression, as well as more relevant themes like racism that is rife in our present reality. While I commend the efforts of The New Colossus on touching on such poignant and serious subjects, it can come off sometimes as being too preachy and overextending.

But in the end, it’s all about killing the Nazis.

Your enemy is cruel, aggressive, and downright atrocious, but thankfully, you are BJ Blazkowicz, and when it comes to dispatching some evil Nazis, there is no one better at the job than you.

Never one to shy away from its roots, MachineGames’ Wolfenstein II: The New Colossus harkens the return of more glorious Nazi-killing in an engaging journey through a world of oppression and gives hope the resistance fighter in every one.