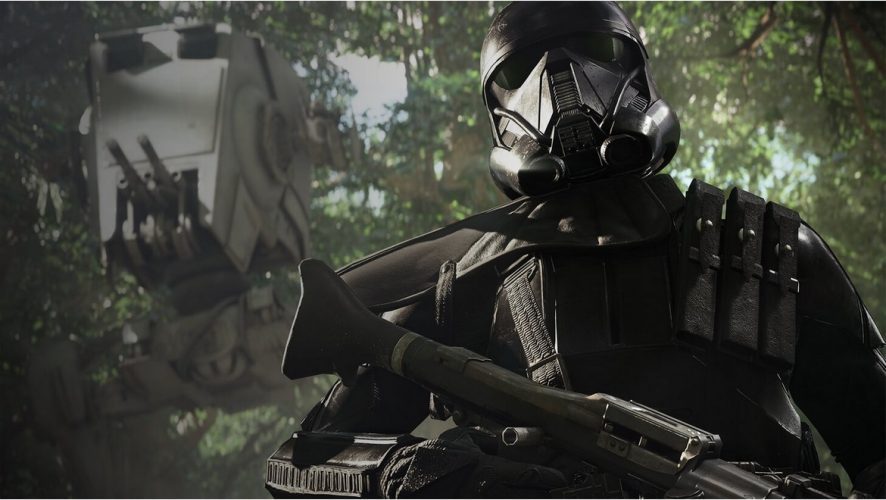 Star Wars Battlefront II is set to be one of the biggest game titles at the end of the year, where fans of both Star Wars and shooters, in general, join forces to wrestle for the fate of the galaxy. The latest trailer (which we broke down conveniently for you) promised plenty for both old and new players, and we simply cannot wait to get our hands on it this November 17. However, for those eager beavers who have already put their money where their mouth is, players can get into the Beta early today, October 4th, which is already live!

The rest of us common folk will have to contend with joining the Beta this Friday, October 6th at SGT 4 pm, and we can have our fill of lightsabers, TIE fighters, and Force powers till the end of the Beta, on October 9th, SGT 1159 pm. Available platforms are PlayStation 4, Xbox One, and on PC.

Sadly, we will not be getting a look at the singleplayer campaign starring Iden Versio (Janina Gavankar) and the Inferno Squad, but we got the next best thing – exclusive hands-on footage of the Beta courtesy of our friends at NOC Plays aka Julian Tay!

Included in this lengthy Beta would be four different modes in the different eras of Star Wars, including:

The 20 vs 20 multi-stage mode is already a favourite of ours, placing you on the Naboo: Theed map and as either a Clone Trooper or a Separatist droid. Fight to control the Royal Palance, accrue Battle Points and call in the big guns like vehicles or a certain double-bladed lightsaber wielding wrecking machine.

Fancy space dogfights? This mode is for you as teams clash in a bid to either defend/destroy an Imperial Star Destroyer over Fondor. Here is your chance to test drive the three new starfighter classes as well as the Hero ships from the different trilogies.

Get into the new Takodana map, and pick your class as you engage in Strike mode. Battle as the First Order or the Resistance around Maz Kanata’s castle and perhaps you will find the perfect class (Assault, Heavy, Specialist, Officer) for you and your crew come November.

If you do not like the stress of dealing with other people, jump into Arcade mode and take on the AI. With couch co-op enabled on both PS4 and Xbox One, partake in a team battle with AI allies and foes, or go it alone in a one versus many Horde-style mode.

There will also be different challenges happening each day in the Beta:

Play as all 4 assault trooper classes and defeat 150 enemies in any mode.

Play one round of Galactic Assault, defeat 20 enemies while playing as Reinforcement, play as, and defeat, a reinforcement, Hero, Villain, and trooper.

Remember, playing in the Beta will nab you a Founder’s Crate which will include a Darth Maul emote, credits, and even a rare Star Card, giving you a good start when Star Wars Battlefront 2 finally releases in the wild.