You know what unites gamers besides games? President Donald Trump.

Amid the recent ongoing economical feud between the United States and China, gaming was caught in the crossfire. The Trump administration planned to impose a 25 per cent tariff on consoles manufactured in China, which would naturally increase the cost of consoles and their games.

What this potentially does is put the livelihoods of video game devs and console manufacturers in jeopardy, as the potential price hikes would put off many would-be consumers in the process.

In response to this, three of gaming’s biggest names – Nintendo, Microsoft and Sony – have rallied together in a rather unexpected yet edifying union to issue a statement to dispute these tariffs.

The statement, dated June 17. upsold the numbers as a show of force. The fact that the US gaming industry alone employs “more than 220,000 people” on a yearly basis, and has sold “more than 15 million video game consoles” in the past year speaks volumes of the amount of opportunities as well as revenue growth the gaming industry has done for the country and the rest of the globe.

It went on to explain how video games are a “core part of the fabric of American entertainment culture”, stating that at least two out of three households have at least one video game player, with 60% of Americans playing video games daily.

Although we appreciate the Administration’s goal of strengthening the protection of [United Staes] IP in China, video game consoles are not the focus of the Chinese practices targeted by this investigation.

We appreciate the Administration’s consideration of this request that tariffs not be applied onHTSUS subheading 9504.50.00, covering video game consoles, and therefore that this subheading not beincluded in the final fourth list of products subject to Section 301 tariffs.

The statement was signed by the vice presidents of the three companies: Linda Norman from Microsoft, Devon Pritchard of Nintendo, and Jennifer Liu of Sony Interactive Entertainment.

If this isn’t gaming coming together in a time of “crisis”, then we don’t know what isn’t. Hopefully Trump realises that when you poke the wasp’s nest that is gaming, he’s in for trouble.

The question is when? 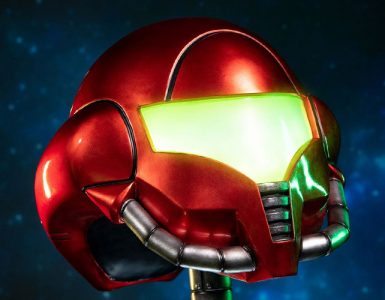 Now here's a helmet replica every Space Bounty Hunter needs in their home.