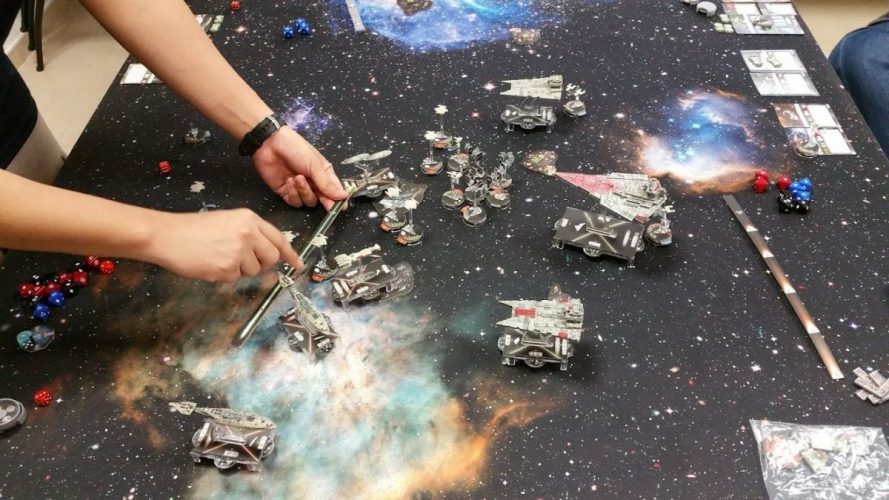 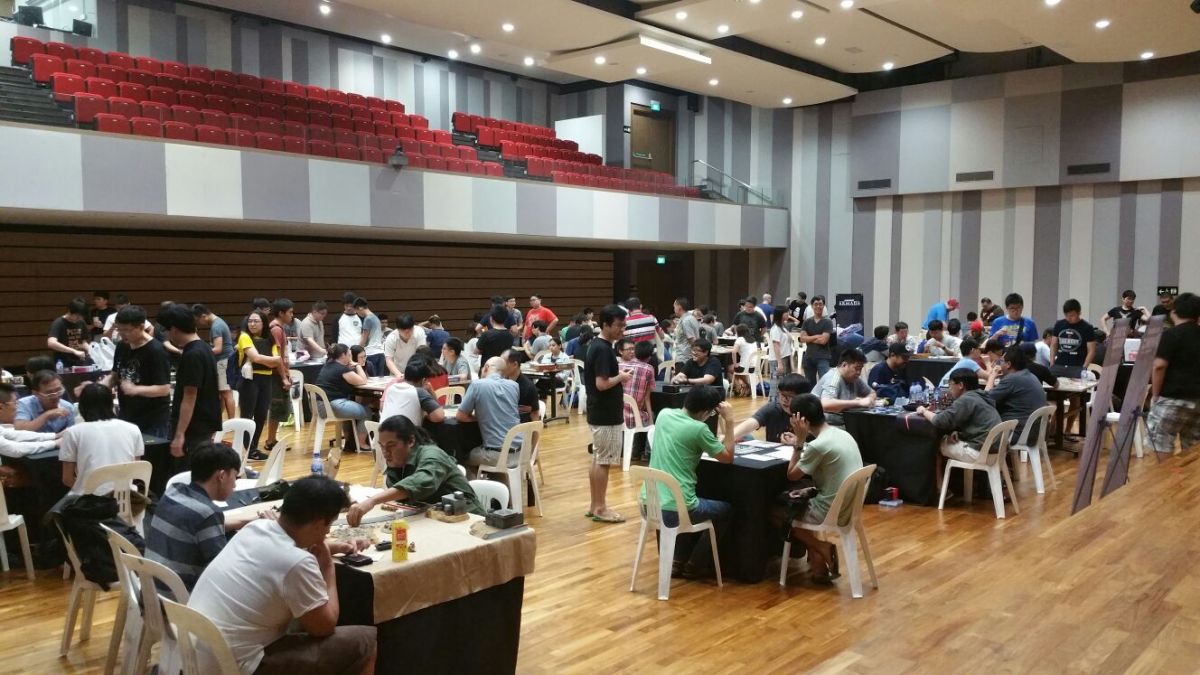 On 11th hour of the 11th day of the 11th month, 2018, Sunday, SOGCon will open its doors once again at Ci Yuan Community Centre, and we have juicy details on the games that will be available for you to try and prizes to be won!

First up, a good number of indie games in development will be showcased or playtested. SOGCon continues their support Singaporean game designers and this year will be no different, we have more than a handful of local designers who will be demonstrating their latest designs, some are this close to being on Kickstarter, so try them before the rest of the world sees them.

Like previous iterations of SOGCon, it is not complete without a tournament or two! This year the team is proud to host a Yu-Gi-Oh! Trading Card Game tournament. The popular Japanese card game that has been around for almost 20 years and is still as popular as ever! Up to a total of 36 players will compete in the tournament and one will emerge the winner. 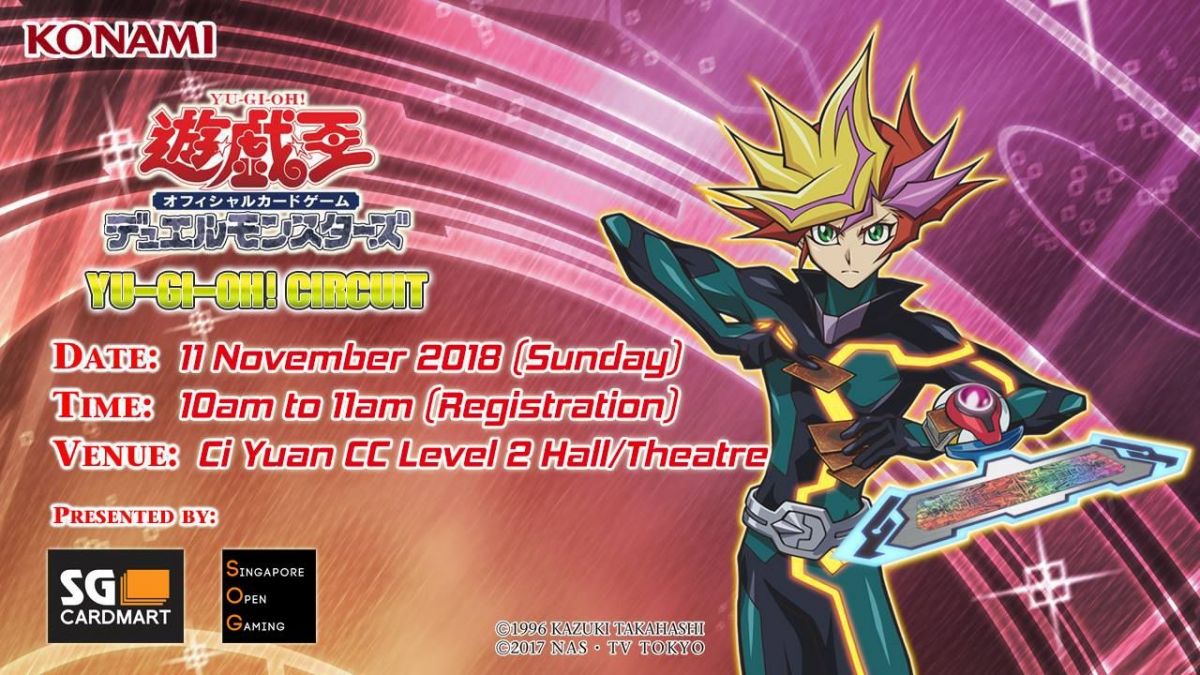 Most people know Game of Thrones, the hit HBO show, now you can take part in A Game of Thrones the card game as up to 16 players vie for the Iron Throne in this community organised tournament! If this is the first you heard of the card game, there will be enthusiastic players on hand to demonstrate the game to you.

A Game of Thrones LCG Tournament will be happening at SOGCon 2018 on the 11.11! Places are limited! Sign up now while…

A fan of Star Wars, especially the original trilogy? Always wanted to fly an X-Wing, a TIE Fighter or better yet command a Star Destroyer? Here’s your chance as there will be demos of Star Wars X-Wing the Miniatures Game where you command a squadron of starfighters to Star Wars Armada where the fleet of Star Destroyers or Mon Calamari capital ships are yours to command!

The good people at Kolective will be holding a painting session at 2pm for folks interested in the hobby of painting your miniatures! Learn to hold a brush and apply paint on a model you get to keep at the end of the session. 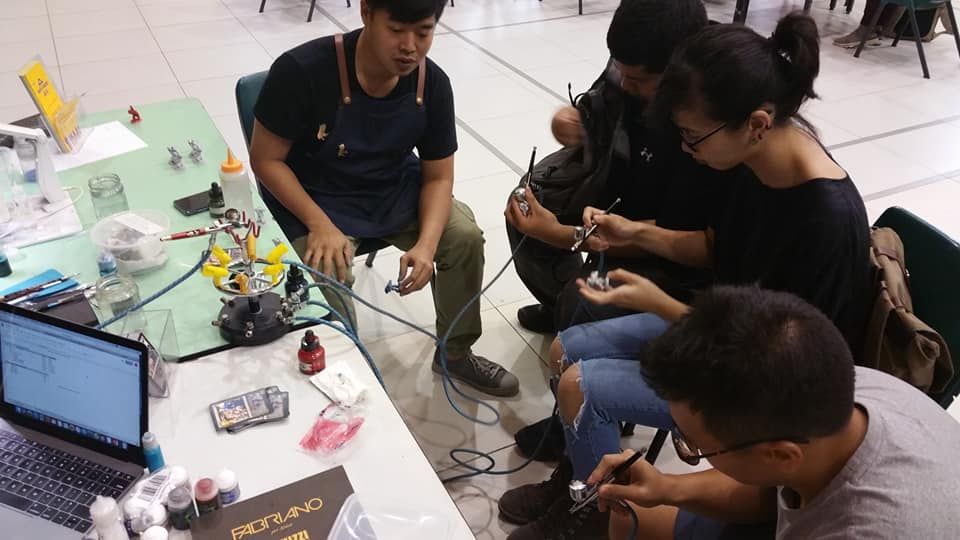 Last but not least, SOGCon will have 12 feet worth of Dust 1947 Weird World War II in the one day Return to Zverograd: Ground Zero event. Where advanced walkers, super weapons and zombies all co-exist! Come try the game, roll some dice, and you might just walk away with a brand new starter set!

The finally, the top prize this year is the hit game, Twilight Imperium 4th Edition. This monster of a game is all about galactic conquest and domination, and the latest edition further streamlined the gameplay with upgraded components, making one of the greatest tabletop gaming experience even better than ever! To take part in the draw simply go to Singapore Open Gaming page and Like the Post and be there at SOGcon to score!

SOGCon 2018 is here! Come join us on the 11.11 Sunday! To stand a chance to win our top prize just Like this post and Like this page and be there at SOGCon!

In total, there’s more than $1200 worth of prizes to be won at SOGcon, so come on down, move your meeple, roll the dice and have a jolly good time!