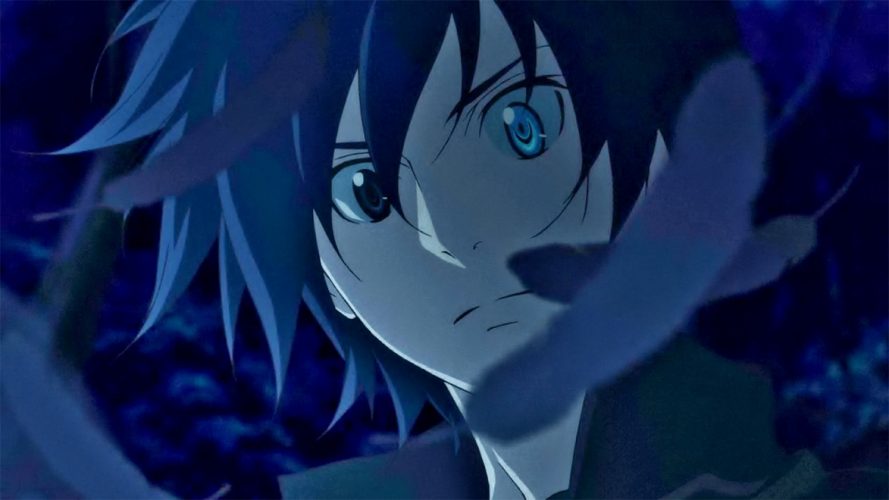 Geek Review – B: The Beginning

2018 saw a surge of new Netflix Original anime series, which includes hit shows such as Devilman Crybaby, A.I.C.O. Incarnation, and B: The Beginning heralded the birth of a new era for Japanese animation.

Tailored for a more global audience, these shows depicted Western settings, offering darker, grittier narrative overtones, with more anti-hero than hero protagonists, and focused on moral grey areas – the standard fare for most Western narratives in the past decade or so.

Granted, anime has always been depicting mature themes across their storied history, but arguably their most popular series have always depicted more light and uplifting themes that evoke a sense of hope and that sweet, sweet, feel-good factor.

With Netflix having plans to release more original anime in 2019, shows such as B: The Beginning establishes that the streaming service is on the right track, and setting audiences up for something greater in 2019.

Developed by Production I.G., the folks who also developed modern heavyweights such as Ghost in the Shell, Psycho-Pass, and Eden of the East, B: The Beginning takes place in the dystopian technocratic nation of Cremona, and follows the journeys of two main protagonists.

The erratic yet insightful Keith Flick, is a renowned former investigator of Cremona’s police force, the Royal Investigation Service (RIS). The second, Koku, is an enigmatic teen with the supernatural ability to grow wings on his back, transform his limbs into blades, and is able to zip across the city at what seems like the speed of sound.

Both characters are subjected to a testing period of strife and chaos as they get caught in a wild cat-and-mouse chase in the hunt for the mysterious serial killer, Killer B. As if that isn’t daunting enough, the duo also have to deal with the interloping shadow organization dubbed Market Maker, who is seeking the capture of Koku for his supernatural qualities.

It’s one part crime drama, rife with plot twists in every other episode, and one part seinen (young adult) fantasy power trip, all gift-wrapped in crisp, smooth animation, and for the most part, it successfully blends all these elements together in a 12-episode stint.

If animation quality as an absolute must in your checklist for good anime series, then is this show a treat for you. B: The Beginning holds nothing back in breathing colour and life into its world and characters.

Every movement, especially in the action sequences, is crisp, scintillating, and fluent, coupled by well-paced snappy editing that cuts from beat to beat, giving you a slew of visual information to take in in a short span of time.

It is not too swift such that you miss important beats, but quick enough to pump some adrenaline into your veins as you watch Koku battle it out with members of Market Maker, or Keith Flick and his RIS colleagues sprint across darkened alleyways, trading gunfire with criminals.

All this is nicely packaged in superbly contrasted colours, where the darks evoke a sense of loneliness and dystopian despair, and the brights are a welcome change of scenery (quite literally in some cases) that offers audiences and characters a sense of respite.

Now, if B: The Beginning were judged solely for its stellar animation, it would definitely be up there with the best. However, an anime also must deliver in its ability to convey a story through its characters and plot, which is where sadly this series falters somewhat in.

In the 12 episodes, you get to know a little bit more about the two central characters and their respective plights. Keith, despite his cold and aloof demeanour, displays his caring nature around his colleagues at RIS, most especially with Lily, a ditzy yet hardworking investigator who closely resembles his dead sister Erika (who is Keith’s sole reason for coming back on the force to crack the case of Killer B).

Later on, we see that dynamically grow as Keith’s cold exterior breaks off as he shirks off his stubbornness in refusing help from others as the case gets more intense. While his relationship with the rest of RIS is distant at best, there is one particular scene early on where they gather at his place under quite awkward circumstances and share a small but heartwarming chat at the table.

It’s one of those rare moments of feel-goodness that you’d wish you’d see more throughout the series because it really fleshes out the characters so much more while they’re away from the action.

This is where the other main character, Koku, falls flat. In the buildup to the release of B: The Beginning, Koku was often billed as the main character, but ironically, it feels like he’s more like a side character as he’s just too… bland.

Sure, he’s been granted with really powerful abilities, and is often seen in the most visually stunning and exhilarating of scenes but power can only get you so far. This is true with both Koku’s theme and his characterization itself. One can’t help but feel like he’s truly an alien in more bad ways than good.

Yes, his raison d’etre is no different from that of Keith’s, in that he also is searching for answers regarding Yuna, his lost loved one, but you don’t see enough of that dynamic playing out that makes you want to feel for him and his struggle. Keith’s arc worked because in and out of his detective work, he had to deal with Lily, who in many ways resembles Erika, and you see that change in his character in subtle yet enjoyable ways.

READ ALSO:  Netflix Set To Own 2021 With New Movies Every Week, All Year

In Koku’s, however, his alter ego working in a violin shop offers little to none of that element playing off. Not that he is completely moot, but since Koku is the main character you’d expect a close following of him and his struggles, because the ending doesn’t feel well-earned for him, unlike it does for Keith (to a small degree, however). And speaking of endings…

The show’s main fault lies in its attempt to cover too much ground in such a short span of time. Grandiose as the scale may be, 12 episodes just doesn’t cut it for a narrative so convoluted. It tries to be smooth and slick as your Blade Runner combined with the plot-twist complexity of Code Geass, but ultimately it tried to juggle too much and dropped many of its juggling pieces.

The villains start off mysterious and imposing but later come off as mere cannon fodder as the attempt to get the audience closer to the season’s conclusion brushes them aside quite abruptly.

The introduction of the true villains of the story via the plot twists does not feel earned, and ultimately leaves you scratching your head. It’s unfortunate to see B: The Beginning starts off so strongly with all this enigma up in the air, but deflate so quickly into an underwhelming climax because it has potential to be a genuinely good anime.

The characters and their arcs also leave much to be desired and, while some make you want to feel invested in them, don’t leave that big of an impression that will last long in your memory.

Despite its gaping flaws, B: The Beginning is still recommended if you are a fan of the aforementioned Production I.G. works. With more Netflix original anime series lined up for 2019, B: The Beginning sure serves as a decent enough beginning (pun intended) to this new era of Japanese animation.

B: The Beginning is available now on Netflix.

2018 anime B: The Beginning Netflix Review