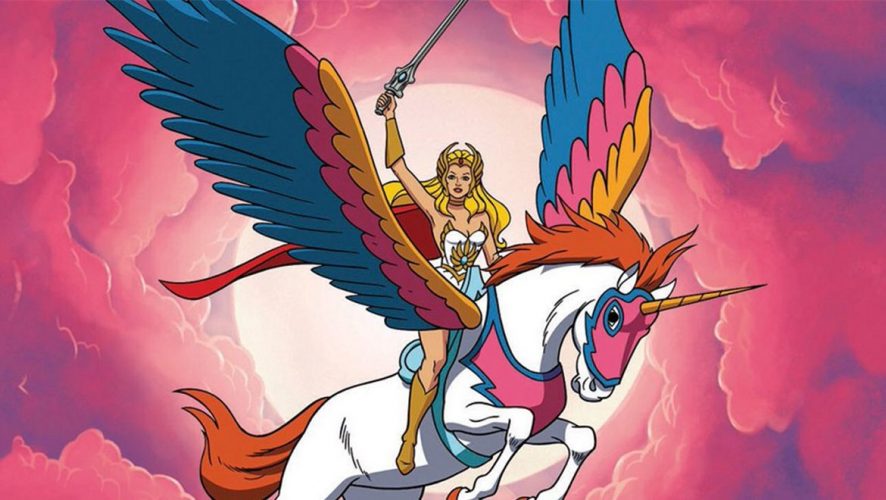 [UPDATE: 16 July – Here’s a first look at a still from the new animation ] 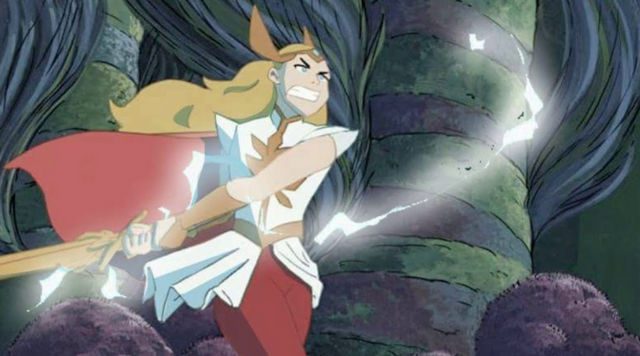 Is the lack of modern IPs a worrying thing? Or does it simply signal that the 80s and 90s were a time where really rich ideas came to fruition and onto the television screen?

Next to ride the wave as part of the 80s/90s revival is She-Ra and the Princess Of Power which will be making its debut on Netflix at the end of 2018. The streaming company is working with  DreamWorks to produce the series with showrunner Noelle Stevenson, creator of Lumberjanes, at the helm.

At the present moment, we only have a key art on hand and the voice cast announcement.

The official liner for She-Ra and the Princesses Of Power reads:

She-Ra and the Princesses of Power is the story of an orphan named Adora, who leaves behind her former life in the evil Horde when she discovers a magic sword that transforms her into the mythical warrior princess She-Ra. Along the way, she finds a new family in the Rebellion as she unites a group of magical princesses in the ultimate fight against evil.

The cast of DreamWorks #SheRa and the Princesses of Power with executive producer Noelle Stevenson. Photo Credit: Stefanie Keenan pic.twitter.com/puY3cVHDs7

And here’s the official voice actor list for the series as well:

The most glaring absence from the entire cast would be He-man who gave She-ra her debut in the first place. This point was covered in great detail within Netflix’s fascinating The Toys That Made Us documentary as well. Judging by the number of female voice actresses and the change from “Princess” to “Princesses” it would seem that the show will be elevating more than just She-Ra front and centre.

Given the amount of geek cred coming out from Netflix, we’re pretty sure the geek dollar is ripe for the plunder. Or, we’ve really run out of good ideas with this much reboots.