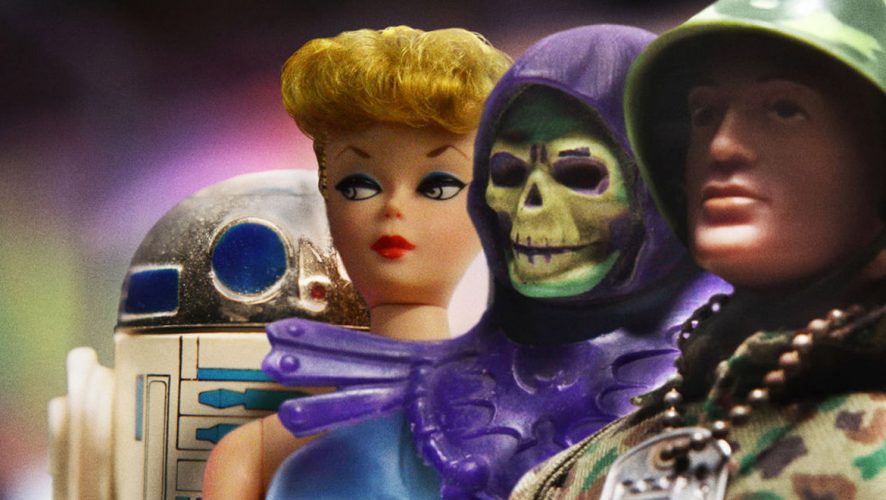 Geek Review: The Toys That Made Us (Netflix)

If you’re a toy collector, you owe it to yourself to binge-watch the latest new documentary on Netflix, created just for you in mind.

It doesn’t matter if you’re a 30-year-old buying up anything stamped in Star Wars, whether it’s MOSC, or are maybe just fixated on buying anything and everything that bears the Millennium Falcon, or a 40-year-old hoarding anything that spells MASK or Masters Of The Universe. Maybe you have a fixation with dolls, and by that, it can either be having a Barbie collection in your closet or under your bed, or obsession with a man-sized 12-inch doll/action figure bearing the name G.I. Joe.

Or maybe you’re a fan of these old cartoons, and want to see their return to the masses. Or maybe these iconic cartoons and toys.

If the words ThunderCats or BraveStarr, or the phrases A Real American Hero or Robots In Disguise strike a chord, and you think you know your toys, The Toys That Made Us will surprise you. 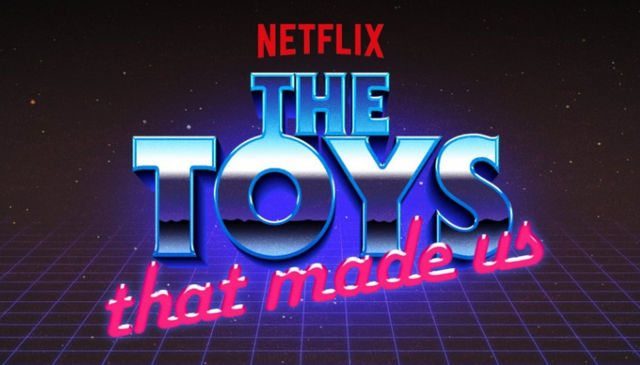 An 8-part documentary on successful toys from the 1960s, the first four episodes cover four very well know toy series – Star Wars, Barbie, He-Man and G.I. Joe. Any seasoned toy collector worth their salt might scoff at watching an hour-long series based on decades-old toy lines, but it’s the way the toys are presented that will trigger even the most hardcore to aficionados.

The Toys That Made Us actually went back and interviewed the core creators and toy executives who were involved with these four iconic toy franchises, and after so many years, some of these guys obviously have no chill and are spilling the beans on everything that went on behind the scenes.

Oh, you think you know that when George Lucas went with 20th Century Fox for the theatrical distribution of his little unknown space opera Star Wars, that he shrewdly retained the toy rights for himself? But did you know that all the major toy companies rejected him, and only one small toy company, Kenner, accepted his offer? Oh, you know that. Ah, you also knew that Kenner got involved in such a last-minute fashion, that the toys were only launched the year after Star Wars hit theaters, and that the company pioneered the art of selling empty boxes to parents and children?

Oh you know that too? 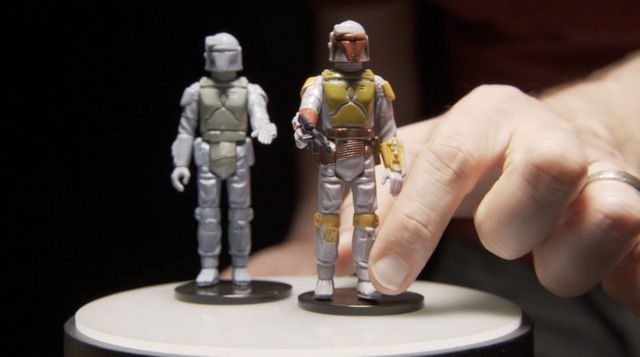 So you know how Kenner and Star Wars changed the toy industry all those years ago? Yeah, quit showing off.

But did you know that the original agreement Lucasfilm signed with Kenner meant that Kenner kept 90 cents for every dollar worth of Star Wars toys sold? In fact, Lucas only maintained a minimum guarantee (MG) of US$10,000, for Kenner to retain the rights, in perpetuity.

Reading this is one thing, but hearing the original Kenner executives talk about the deal, and how much they earned back then, is simply astonishing. Apparently, Lucas declined to participate in this documentary, but we’ve all heard his version of events. Now it’s time for the little guys – you know, the 3 and a half inch ones – tell their story.

The most fascinating thing about the second episode isn’t about the drama that Mattel co-founder and head had with Barbie’s designer. It wasn’t about the drugs, the women, the five marriages, or the criminal case that ousted the husband and wife team from Mattel. 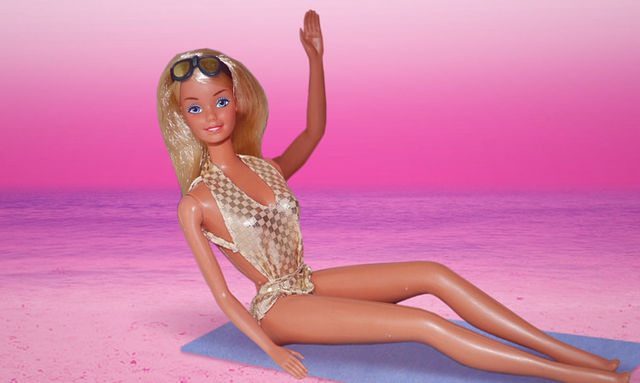 No, it’s about seeing the interview with former Mattel CEO Jill Barad talk about Barbie and her breasts and boyfriends, and seeing that totally NSFW sculpture in the background. Filmmaker Kevin Smith tweeted a photo of the item in question here, and in case you’re wondering, it looks to be Girl in a Sling Chair by Frank Gallo.

The Power of Greyskull? The Masters of the Universe? I have the power? Chances are that you’ll see your childhood memories get destroyed after watching this segment, but that’s what’s so great!

The folks behind the He-Man toys talk about how Kenner’s Star Wars was killing the other toy makers, and their plans for He-Man were all made up. Necessity is truly the mother of all inventions, and in this case, creation. 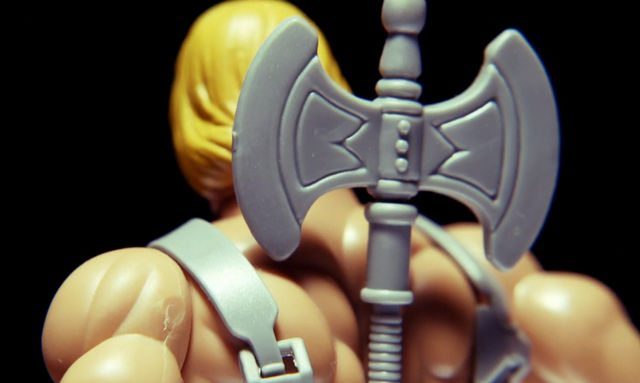 Do you know why the comic books included with the toys didn’t follow the same holy grail that builds the animated series? That’s because they had no idea where they were going.

The creation of BattleCat, and why there’s no Cringer toy? It’s amazing that they pulled it off. The creation of the Castle Greyskull toy is a look into how toy designers then had no clue what they were doing.

But this segment, filled with brutal honesty, is the most fun because it fills our nostalgia with pockets of truth that reveals so much more about the toys that we grew up with, the toys that well, made is.

There are two versions of G.I. Joe. There’s the 12-inch toy, filled with replica uniforms and vehicles and accessories, which have sort of made a resurgence due to companies such as Hot Toys, and there’s the Real American Hero.

Listening to the former execs talk about working on the original toys, and rebooting them into smaller, posable figurines brought back such sweet memories. As a bigger fan of the truth that won half the battle, it was delightful to see the documentary interview Larry Hama as well. 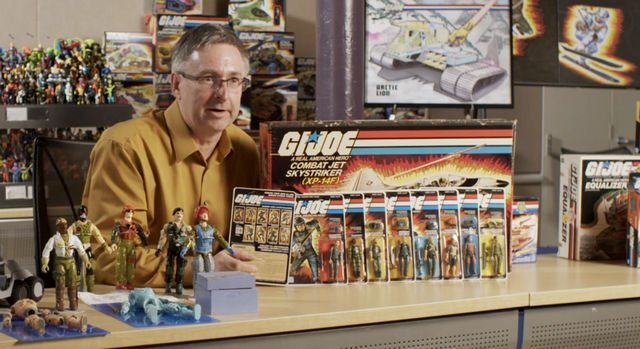 While the toy execs talked about designing the over 250 figures that populated the toy line, it was the Marvel Comics series that gave the toys a narrative, and it was all due to one man – Hama. To hear the execs talk about the great G.I. Joe, but not create an enemy, namely Cobra, is hilarious.

Hama single-handedly gave the Joes and Cobra a backstory, and the gravy in this success story must be when the documentary reveals that the one toy they had to release, an all black, no colour figurine, was to keep costs down.

And Hama took that one character, Snake Eyes, and made him the best selling figure, by using the comics to turn him into a central figure.

If you’re new into Joes, I recommend checking out the original Marvel Comics, most notably G.I. Joe #21, the iconic Silent Issue. Not one word is used in the comics, but the revelations from that single issue still reverberate to this very day.

Yes, for some reason, the series is touted as having eight episodes, but only four have been released. It kinda sucks that Netflix pioneered the whole season binge-watching phenomenon, but still feels the need to split things up.

It looks like we’ll have to wait a while more before the remaining four episodes covering Transformers, LEGO, Hello Kitty, and Star Trek are aired, but I can wait.

As toy collectors, we’re always patient for the good things to arrive.

You think you know your toys, but here’s a promise – your friends and loved ones who don’t understand your passion? They might see things in a new light after watching this. It won’t change your obsession, but it might change their attitudes.