Shazam! Fury of the Gods seems like it’s going to be big in both scope and heart. In this first bit of footage dropped during DC FanDome 2021, the focus is on Shazam’s superhero family, which is a bombastic bunch. With power befitting that of gods going around, and with even a few gods to fight with and against in the mix, the movie is gearing up to be an action-packed and fun romp of a time.

We’ve known that Lucy Liu (Charlie’s Angels) and Helen Mirren (The Queen) will be playing the villains Kalypso and Hespera respectively in this movie for months now, so it’s great to finally get a first look at these brilliant actresses in costume.

This movie looks like it will be a spectacular and enjoyable time. The release date will be some time in 2023 now, but it will, hopefully, be worth the wait.

Alongside Shazam! Fury of the Gods, the DC-focused event also showed a glimpse of other big name titles, including Black Adam, Aquaman and the Lost Kingdom, Erza Miller’s standalone The Flash movie, and Blue Beetle, the newest member of the DC Extended Universe (DCEU). 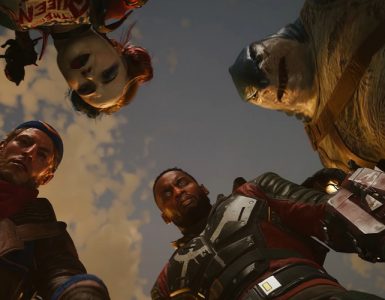 DC FanDome 2021 had some goodies for the gaming fans as well.

We can't wait for The Batman to be out in theatres!