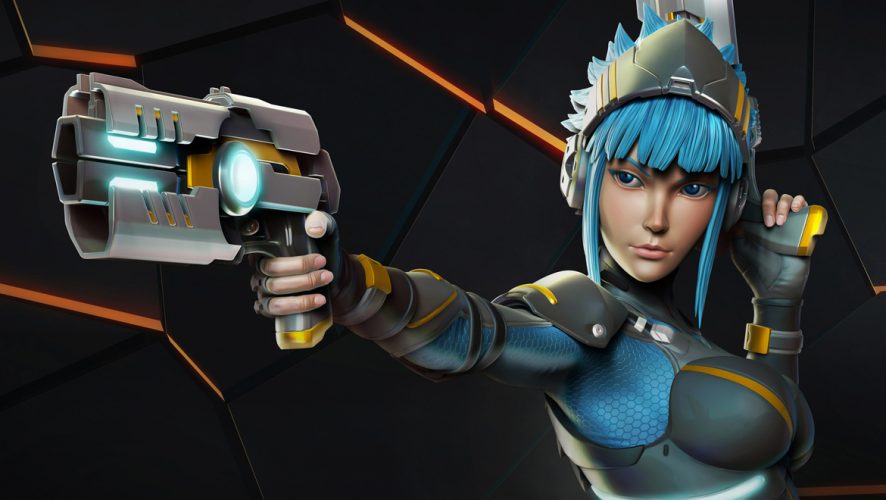 Singapore’s greatest gaming event makes a triumphant return to the Suntec City Convention Centre for its 3rd year. With 2 halls chock-full of prime gaming goodness, GameStart 2016 certainly looks like it will live up to the hype by gamers with plenty of fantastic experiences.

What is a gaming convention without games? Absolutely nothing! I could go ahead and list out every single title being exhibited at GameStart 2016, but that would make for an excessively long read due to the sheer number of brilliant games making an appearance. So I will focus on a few choice picks instead.

Making their grand debut at GameStart 2016, Microsoft Xbox will be bringing a number of heavy-hitters to the show. 2 titles stand out in particular – the eagerly-anticipated Gears of War 4, and JRPG juggernaut Final Fantasy XV. Both games will be playable on the show floor in advance of their release date, giving visitors a chance to get their hands on these titles early.

The tradition of yearly FIFA tournaments at GameStart continues in 2016, with Xbox playing host to fans of EA Sports’ long-running football franchise with the GameStart Championship Cup for the newly-released FIFA 17. Gamers who prefer a different kind of sports entertainment will be glad to know that WWE 2K17 will also be playable at the event, just a few days before it’s release on 11th October!

Not to be outdone by their console rival, GameStart stalwart Sony Playstation will be hosting the South East Asia Major for Street Fighter V, a premier event in the Capcom Pro Tour circuit.

Top players from around the globe are expected to compete in this event, so be prepared to catch legends like Daigo “The Beast” Umehara and RZR Xian in action. You can also rub shoulders with fighting game community personalities such as Mike Ross, Ryan “Gootecks” Gutierrez, Mark “Markman” Julio and Zhi!

It’s fighting games galore at GameStart 2016, as tournaments and gameplay sessions will be held for the likes of Guilty Gear Xrd -Revelator-, The King of Fighters XIV, Tekken 7: Fated Retribution and more!

Team-based shooter fans need not feel left out, as the inaugural Overwatch Champions Singapore tournament is being held for competitive players of Blizzard‘s latest smash hit, presented by MyRepublic GAMER and co-sponsored by Armaggeddon. Clearly, there is a heavy focus on e-sports this year!

A familiar presence at GameStart, Namco Bandai Games are returning this year with their line-up of Japanese-made titles, including the afore-mentioned Tekken 7: Fated Retribution as well as Tales of Berseria.

Yuta Hanazawa, Executive Producer at DMM Games, is a special guest at GameStart 2016 and will be appearing live on the Main Stage for a Touken Ranbu – ONLINE – segment.

Aside from the Founder’s Base where Singaporean indie developers can showcase their works, a couple of locally-developed games will also be heavily-featured at GameStart: Masquerada: Songs and Shadows by Witching Hour Studios, as well as Valiant Force by XII Braves.

The former is an isometric action-RPG backed by industry luminaries such as Ken Levine (of System Shock and Bioshock fame), while the latter is a highly-anticipated upcoming title with input from legendary artist Yoshitaka Amano, and it was recently picked up by mobile publishing giant Funplus.

With so many great games on display, it would be a shame for any Singaporean gamer to miss GameStart 2016. Be sure to check out GameStart’s official website and Facebook page for even more reasons to attend.