Hats off to one of the most illustrious artists in the modern comic book era. Colourist Justin Ponsor, 42, passed away late last week after a hard-fought battle with cancer that lasted two years.

His family announced his passing on his professional Facebook page, with a short yet heartfelt note, inviting those who have had their lives “upgraded” by his works to share their fondest memories of him.

Ponsor, endearingly known to most as J-Po, began his career in the comic book industry in 1995 as a colourist for WildStorm.

He rose to prominence after being taken in by Marvel Comics in 2005. Since then, Ponsor never looked back. Some of his most notable works were scattered across the pages of New Avengers, Infinity, Death of Wolverine, X-Men, and Ultimate Spider-Man, just to name a few.

The comics industry was definitely united in their mourning of Ponsor as well, with some of his colleagues and closest industry friends honouring his memory.

Thank you, Justin Ponsor, for colouring our dark world with your vivid, child-like imagination. The world was all the richer for your marvelous works. 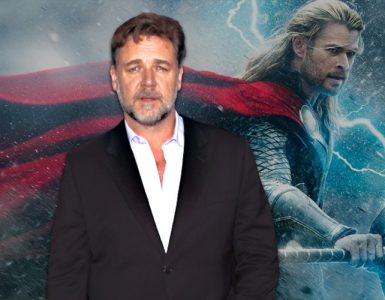 Russell Crowe Joins The Cast Of Thor: Love And Thunder In Secret Role

A gladiator is joining the space guardians.