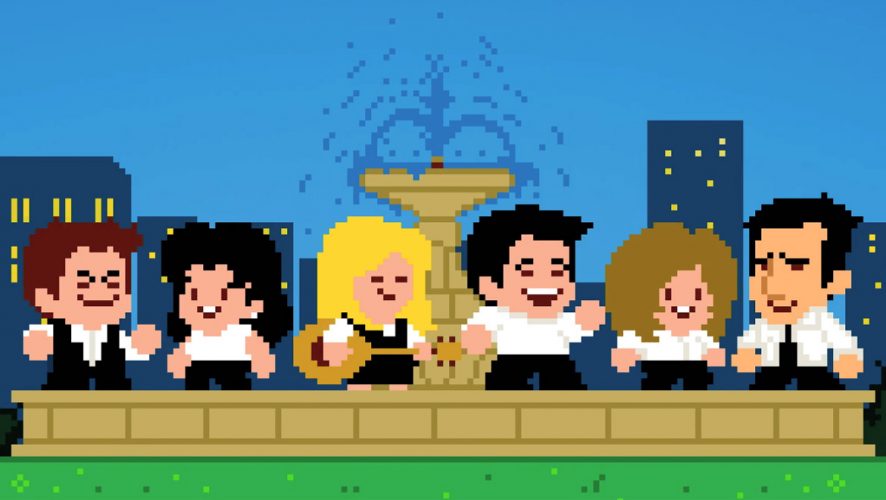 Even though Steven Spielberg’s Ready Player One (read our review) was released a week ago, Warner Bros. is still adding to the promotional material for this movie. They’ve released 8-bit versions of some of your favourite sitcoms – Friends, The Fresh Prince of Bel Air, Two and a Half Men and Full House – with animations to match, all ‘Powered by Ready Player One‘.

“We wanted to have fun on our social platforms with an homage to the ’80s,” said Warner Bros. TV President and CMO Lisa Gregorian.

These clips were created by animation Ryan Hooley and musician Todd Bryanton, and are really well made and definitely tinged with that 80s nostalgia. The Friends theme song sounds especially exciting in 8-bit.

“These specific shows have highly engaged fans who love when we are playful in tone,” says Gregorian. “Uncle Jesse from Full House looks cool no matter what—even in 8-bit!”

Give these videos a watch for a blast of nostalgia!

Here are the original openings of Two and Half Men, Friends, The Fresh Prince of Bel Air and Full House for comparison!

These clips are similar to the 8-bit trailers below, which were released before the movie, but it’s unclear how the choice of sitcoms tie into the movie, if at all.