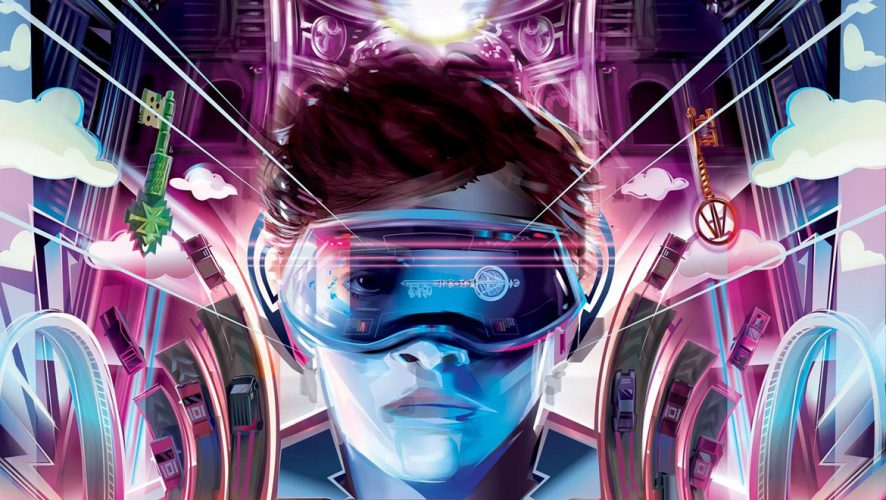 In many ways, Ready Player One is Steven Spielberg’s love story to all things geeky (centered around the 1980s, because that is the era of pop culture zeitgeist), a critique of an era that he was the dominant force behind, as well as a hard look of where society might be headed.

Based on the best-selling novel of the same name by Ernest Cline, the tale follows Wade Watts (Tye Sheridan), a teen living and an overcrowded city of Ohio, just a few market crashes away from being a dystopian society. The state of the world less than 30 years from now has driven society to a virtual world known as the OASIS, a digital realm where people create the fantasies that they cannot live out in the real world. 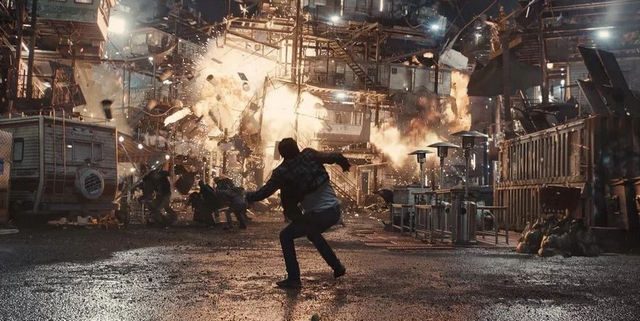 It just so happens that in this OASIS, much of it was inspired by the late 20th century. Created by the brilliant but now dead James Halliday (Mark Rylance), his final gift to the world was a majority ownership and control of the OASIS if and when someone solves three clues to gain three digital keys that would unlock an Easter Egg within the realm.

And what better way to craft a tale around an easter egg, than by filling the movie with an incredible number of easter eggs as well.

No no no, not the egg of the holiday variety, but the hidden gems that creators and developers place within games, as a nod to gamers who manage to identify them.

And when it comes to Spielberg, very few people can claim to have identified every easter egg he placed in the film. The more obvious ones were revealed in the trailer last year, where audiences caught glimpses of the Iron Giant, Shotaro Kaneda’s bike from Akira, King Kong, the black van from the A-Team, Harley Quinn, a section of Master Chief spartans, Freddy Krueger and many more. 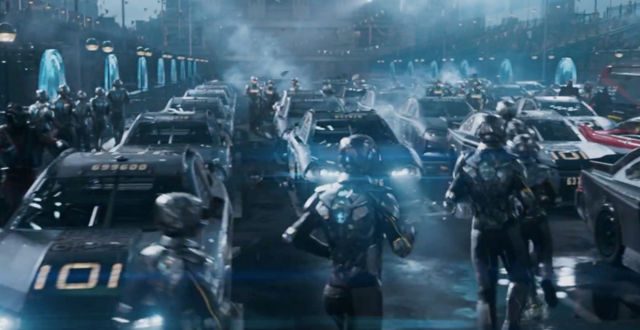 These avatars belong to other players in the OASIS and if any other director had dared to fill a movie with so many pop culture icons, he or she would get blasted for appropriating elements that were not theirs to begin with. But when Spielberg is partly responsible for many of these icons, only he could have ever made this movie using so many borrowed characters, and still make it his tale to tell.

Otherwise, his nod to The Terminator would have fallen flat, instead of eliciting claps and cheers, or that his extended homage to an iconic film would be celebrated and not derided for being a lame attempt at being slavish to someone else’s masterpiece. Some references, such as Saturday Night Fever are extremely obvious, while others, such as Say Anything or Star Trek, takes some figuring out.

But because of his involvement, there was apparently an agreement that the movie not be a self-indulgent mess that glorified the films of the noted director/producer. Aside from two extended sequences with the time-traveling DeLorean from the Back To The Future trilogy Spielberg produced, nods to his other films, such as Jurassic Park and Indiana Jones, were kept to a blink-and-you-will-miss-it moment. But if you’re a fan, you will recognise nods to works that he produced, such as The Goonies. 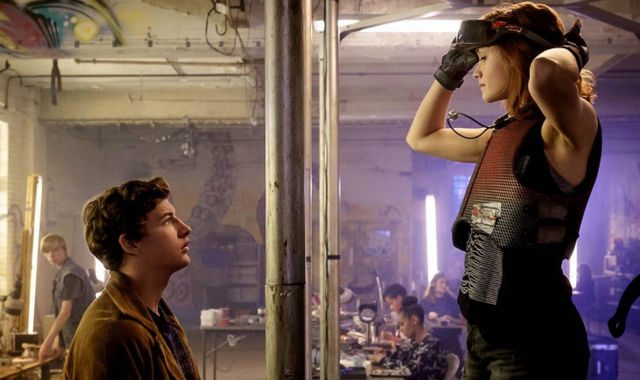 Thankfully, the movie is not a wank-fest. Taking place in two parts, the world of the OASIS has Watts aka Parcival team up with Samantha aka Art3mis (Olivia Cooke), as they try to outsmart your everyday goon, Nolan Sorrento (Ben Mendelsohn), who wants control of OASIS.

Spielberg expertly navigates both worlds, providing audiences with enough information as they jump from one reality to next, and from reality to another. The OASIS is a breathtaking world, and my advice for you is to watch the movie for the story, and then come back for all the easter eggs within. Even after two viewings, there were things that I definitely missed, especially the all-out battle in the final act.

Is the movie perfect? There is a lack of character development about the High Five team of players, and guess what? The animation is so good, Parcival the digital avatar is actually more interesting a character than Watts himself. But this is a feel-good movie, about gamers banding together, to fight a tyrant. 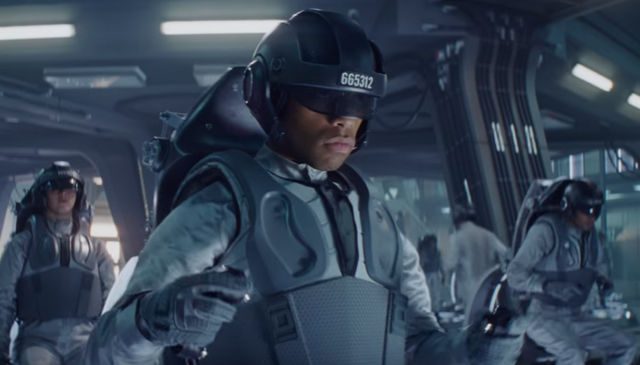 It helps if you’re a movie buff, or play video games, as it makes the world of OASIS more relatable, such as why do coins shoot out of people when they “die” in the game, and why is a Zemeckis Cube able to turn back time by 60 seconds?

Another important character in the film is the music, and like the real and digital world, there are also two soundtracks to pay attention to. The easiest one would be the liberal use of 80s music throughout the movie, from Everybody Wants To Rule The World, by Tears For Fears, We’re Not Gonna Take It, by Twisted Sister, and Blue Monday, by New Order. Yes, it does have some similar beats to Disney’s Guardians of the Galaxy, but the tunes by Van Halen and Joan Jett and the Blackhearts work well, to remind you that pop culture cannot be easily forgotten. 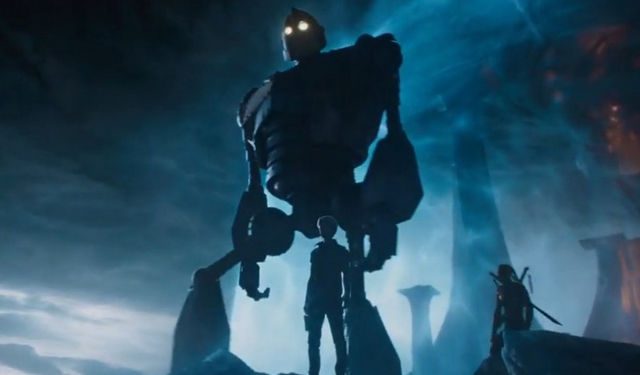 Then there is the movie’s music, done by Alan Silvestri. Modern movie fans might recognise him as the composer of The Avengers theme, but Silvestri was also the guy who did the music for Back to the Future, so it’s no surprise that beats from that iconic film also made their way here.

The car chase in the final act made liberal use of Back to the Future, and who can forget the iconic Back to the Future twinkle? The music, the action, the story and effects has made Ready Player One a giant sandbox for geeks, by geeks that everyone can play with.

The engine starts and you see Ryu, Lara Croft, the Mach Five (Speed Racer), the van from the A-Team, Mad Max’s Interceptor and the Batmobile. Throughout the movie, you spot Batman, Batgirl, RoboCop, the Battletoads, lightsabers and dozens more cameos, and realise that these are but the tip of the iceberg when it comes to geek information. Ready Player One is a geek movie made by a geek who inspired a generation of geeks, for the geek in us. What more do you ask for? 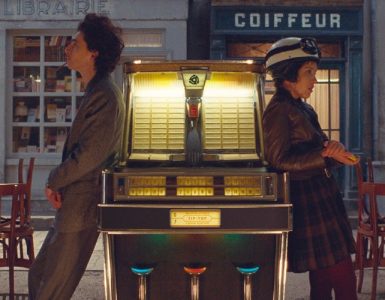 A love letter to writers all over the world. 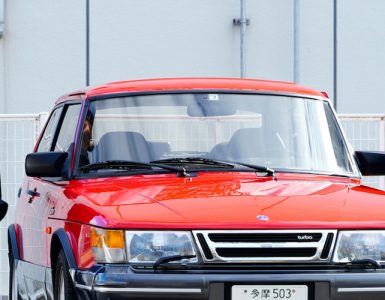