If one thing has remained the same with the smartphone market, it is that consumers are still obsessed with high-quality images, along with audio and video capabilities, all packed into a pocket-sized device. This is typified by the various multi-lens camera systems that are present on most, if not all smartphones that have come out in the last 3 years.

But its most striking feature is the 108MP camera set-up (yes, you heard us right, One hundred and eight megapixels) that sits in the middle of its penta camera setup, made up of these other four lenses:

And on the front, it comes with a 32MP AI selfie camera.

The 108MP camera has been jointly developed with Samsung, and Xiaomi claims that is able to take a single photo resolution of up to 12,032 x 9,024, which is almost 12 times as high as 4K high-definition resolution. This is supported by a super large 1/1.33-inch image sensor dedicated for this lens.

In fact, each of the other lenses have their own dedicated image sensors, making this one of the rare hardware that builds on its camera hardware ecosystem.

Display-wise, it contains a 6.47-inch 3D curved AMOLED display — another increasing trend in the market these days. The display packs a 600-nit brightness with a colour contrast ratio of 400,000:1, so the blacks are constantly deep, and the colour vibrance is constant throughout your usage.

Unlike the flagship phones from competitors such as the Samsung Galaxy Note 10+, Huawei Mate 30 Pro and OnePlus 7 Pro, the Mi Note 10 series comes with a headphone jack — a feature that is, sadly, considered a game-changer these days, what with all major flagship phones ditching the need for one (which is still a head-scratcher for many of us).

Another significant aspect of the Mi Note 10 series is its incredibly large 5,260mAh battery. Powered by a Qualcomm Snapdragon 730G 8nm processor, this baby can last for about two  days, or even more, depending on your use-scenario. What’s even more interesting is that Xiaomi has included a 30W fast charger, so you’re effectively charging only three our four times in a single week. Now that is impressive.

We managed to test out the camera during the launch event, and first impressions are quite astonishing. The effect of the 108MP camera can’t be felt instantly, since it takes 27MP photos by default, but once the settings are tweaked, and when you zoom in to see those fine details on a computer, you’ll be amazed.  For what is effectively a mid-tier smartphone, its image fidelity is pretty crisp, which makes this quite good for photography. Colours are pretty punchy and vibrant, and none too shabby, either.

Truth be told though, beauty is important but from our initial use, the 108MP camera is a bit of an overkill, but if you’re all about high-fidelity images that can be cropped to no end, then this is the smartphone for you. And as a plus, it’s quite affordable compared to the competitor flagships devices. Let’s put it this way – there is a high chance that Samsung will probably use this 108MP camera lens on its 2020 Galaxy S11 flagship, but it won’t be at this price point.

In any case, the Xiaomi Mi Note 10 will be launching in Singapore on December 7, 2019, and will retail for S$699. The Xiaomi Mi Note 10 Pro will launch a week later, on December 14, and will retail for S$799. Both phones will come in three colours – Midnight Black, Glacier White, Aurora Green – and will be available through all Mi Stores in Singapore, as well as on the official Xiaomi Lazada flagship store. 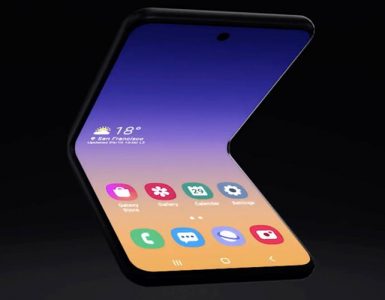 We hear a certain Galaxy Fold 2 may also be in the cards.