As we get closer to the release of Black Widow, Marvel has released a new extended trailer has been released. It gives us a ‘special look’ at what to expect for Black Widow, Natasha Romanov’s first (and last) solo film.

The new trailer properly introduces us to the film’s villain, Taskmaster, by giving us footage from Natasha’s one-on-one fight with the villain near the end of the trailer. The villain has been teased since last year’s San Diego Comic-Con and this will be the first time the character has properly appeared in a Black Widow trailer.

By the looks of it, Natasha will definitely have her hands full fighting off not only Taskmaster but other Red Room assassins, all trained to kill like she was.

Despite Natasha’s fate already being sealed with Avengers: Endgame, Marvel Studios head Kevin Feige promises that the film will help to set up Phase 4 of the Marvel Cinematic Universe. The film will also help introduce a number of new characters that will be coming back in future films, such as Oscar nominee Florence Pugh (Midsommar, Fighting With My Family) as Yelena Belova, Natasha’s fellow Red Room alum.

Hopefully, Black Widow will be a better send-off for Natasha who ended her MCU journey rather tragically in Avengers: Endgame. 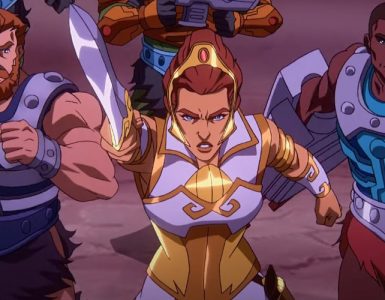