The Mortal Kombat series is known for a number of things, but gore and brutal fatalities will always remain a constant. Simon McQuoid, director of the upcoming video-game-inspired movie reboot, knows this very well, as he explains the significance of blood as a thematic element in an exclusive interview with Entertainment Weekly.

“Blood represents family,” he says. “Blood represents a connection. Blood represents who we are. Without getting too overcomplicated, what we did is use blood executionally.” And as newly-surfaced details have revealed, there seems to be plenty of blood right off the bat.

The cast, or if you’d prefer, kast, will have to pull all of that off – with stunt actors or otherwise. From the official images provided by Warner Bros. Pictures, the roster of ferocious fighters includes Mehcad Brooks as Jackson “Jax” Briggs, Chin Han as Shang Tsung, Hiroyuki Sanada as Scorpion, Joe Taslim as Sub-Zero, Tadanobu Asano as Raiden, Ludi Lin as Liu Kang, Sisi Stringer as Mileena, Josh Lawson as Kano, Jessica McNamee as Sonya Blade, Max Huang as Lung Lao Max, and Lewis Tan as a movie-exclusive character known as Cole Young.

“When we first meet Cole, he’s in a really bad spot,” Tan said of his on-screen persona. “He’s down on his luck. He’s kind of a washed-up MMA fighter who used to be a champion, who used to believe in himself, who used to have a lot of hope in his career. And it’s all gone down the drain. It’s a very interesting place for a hero to start, and I think that, along the journey of Mortal Kombat and Cole discovering where he comes from, you’re introduced to all these other iconic characters and elements that everybody loves so dearly.”

Born with a birthmark in the shape of the Mortal Kombat symbol on his chest, Young knows nothing of his heritage, but is later propelled onto a journey with Sonya Blade, who leads him into the temple of thunderous Elder God Lord Raiden. There, Cole and the other iconic characters of the franchise will train together for “a high-stakes tournament to defeat the invading enemies from Outerworld,” which involves plenty of fight choreography, blood, and for the first time, fatalities.

“It’s amount of blood, it’s amount of red, it’s interpretation of how you go about it,” explained McQuoid on the execution of the fight scenes. “We had a lot of discussions about getting the balance right so there was gore and there was blood and there were fatalities. And there is gore, blood, and fatalities.”

“There are some crazy fatalities,” Tan confirmed. “We’ve picked a couple of iconic ones. There’s a lot of really cool signature moves that you’ll see, a lot of Easter eggs that we snuck into the film, but there are some really badass fatalities that I can’t wait to see on the big screen. They’re brutal, man. They, they don’t hold back.”

More importantly, the Mortal Kombat reboot should prove a delight for purist fans. It starts off with a 10-minute opening sequence in feudal Japan that sets up an epic showdown between Hanzo Hasashi (aka Scorpion) and Bi-Han, which is a nod to the blood feud between the two clans in the original game. Needless to say, all of this violence is likely to point to a mature rating for the film, and McQuoid knows that it’s “definitely not gonna get a PG-13 rating.”

The movie will be produced by Todd Garner and Aquaman‘s James Wan and is slated for simultaneous release on HBO Max and in theatres on 16 April 2021. In the meantime, here are the rest of the official images to feast your eyes on: 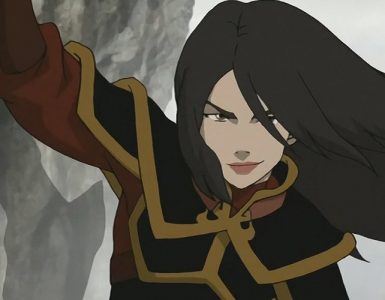 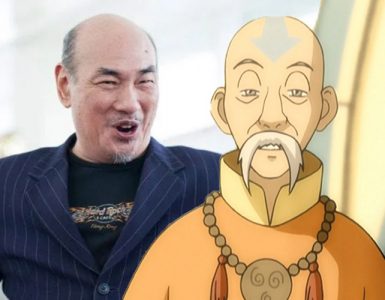 Fans will be looking forward to Netflix's live-action adaptation of Avatar: The Last Airbender.