Earlier this year, geeks of two iconic franchises were entreated to one of the most epic crossovers in comic books, with the Mighty Morphin’ Power Rangers/Teenage Mutant Ninja Turtles. But publisher Boom! Studios isn’t quite done yet.

The company recently announced not one, but two new ongoing comic book series based on the franchise. These two storylines, simply titled Mighty Morphin and Power Rangers, are part of Boom!’s new Unlimited Power era, which chronicles “new beginnings for two new teams of Power Rangers”.

The two series will release sometime in November 2020, after the original 2016 comic book concludes with its 55th issue in October.

Mighty Morphin is the mainline series that will carry over from the 2016 comic book, which ends with the appearance of an “all-new Green Ranger”. Who exactly this mysterious new Ranger is remains to be seen, but the original Power Rangers and longtime fans are in for a revelation of sorts, as they will learn their “true history” in the most unexpected fashion.

Power Rangers, conversely, follows the tale of three of the original Rangers – Jason/Red Ranger, Trini/Yellow Ranger, and Zack/Black Ranger – as they seemingly defect from Zordon to form an allegiance with the supervillain, Lord Drakkon. From there, they have been rebranded as the Omega Rangers, and may have to “go up against their Mighty Morphin allies” in order to “save the universe”.

“The UNLIMITED POWER era is all about new beginnings for two new teams of Power Rangers as they meet new allies, new enemies, new secrets and an all new Green Ranger,” said Matthew Levine, Editor at BOOM! Studios. “Both of these new series will be critical for long time fans and present an exciting jumping on point for new readers who will learn that the true history of the Power Rangers isn’t what they expected.”

The first issues of both Mighty Morphin and Power Rangers are slated to release in November 2020. 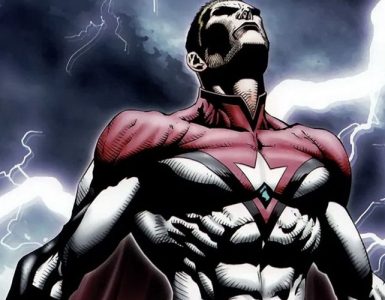 Deconstructing superhero tropes, one series at a time.