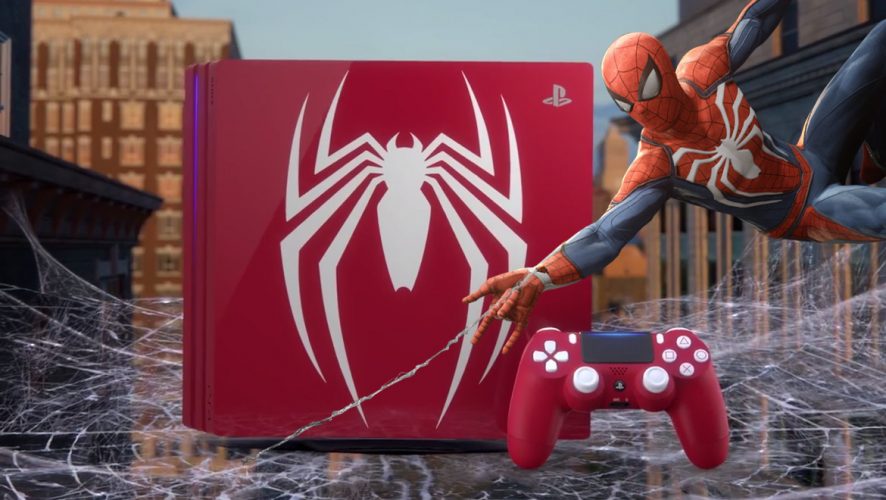 By combining the power of the PS4 Pro with a 4K TV, players “can experience Marvel’s Spider-Man in 2160p dynamic 4K resolution achieved through a temporal injection that showcases intricate details of the architecture of Marvel’s New York and detailed Marvel characters.”

If you don’t have a 4K TV, you will still benefit from the game’s built-in supersampling with increased image clarity and detail. Do not forget the marvels of high-dynamic range (HDR), bringing to life vibrant special effects like Mister Negative’s negative powers, and brilliant lighting across a picturesque Manhattan.

Be Greater!The PlayStation 4 Pro Marvel’s Spider-Man Limited Edition will be swinging by to a store near you!

For any gamer who’s also a Spider-man fan, this console bundle is as attractive as it can get.

Insomniac Game and Marvel’s Spider-Man comes to PlayStation 4 this September 7.

The PS4 Pro bundle will launch the same day in the US with a MSRP of US$399.99. It will release in Singapore in September at S$669.

READ ALSO:  Jamie Foxx Crosses The Spider-Verse To Play Electro In Spider-Man 3; We're Not Sure How That Will Work

An acclaimed filmmaker set to take on the tale of Marc Spector.