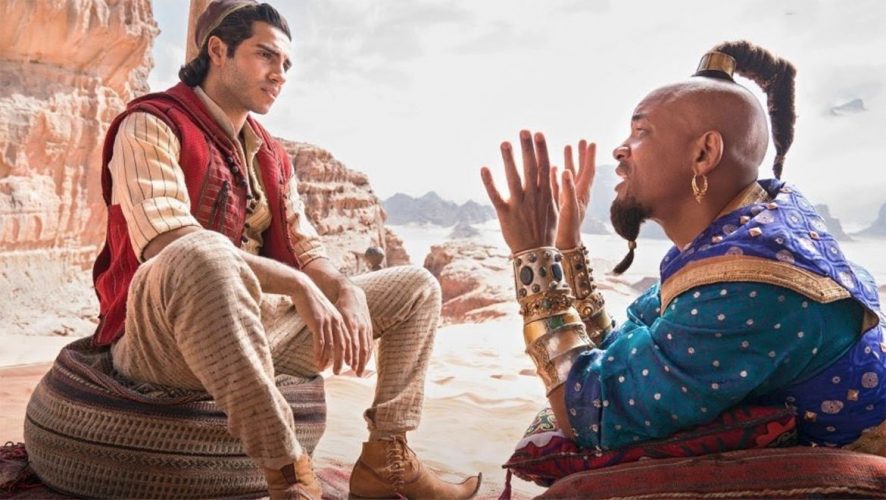 Back in the day, Aladdin charmed its audience with an eclectic, misfit cast of characters which saw the likes of a talking magic carpet, a parrot, a street urchin, a princess, and a blue, comedic genie. The cartoon was well-loved, and expectations were naturally high when Disney announced a live-action iteration of it. 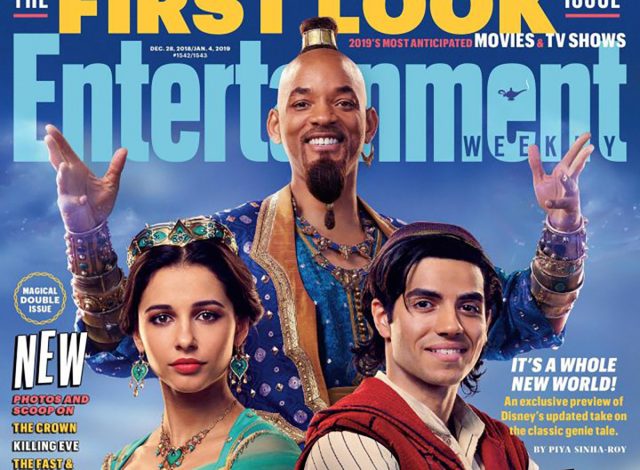 But a first look of the version’s Genie may have lowered the bar – aesthetically, at least. In place of the oh-so-blue wish-granting jinnī is a true blue (hah) Will Smith, CGI-free and in all of his human glory, a far cry from the one who captured the hearts of many in the ’90s.

Understandably, the new depiction has drawn mixed feedback, with most lamenting on the loss of one of the show’s most signature elements, and others remaining open to the concept. One sentiment’s consistent, however: nobody most certainly saw this surprise coming, though it’s not without reason. 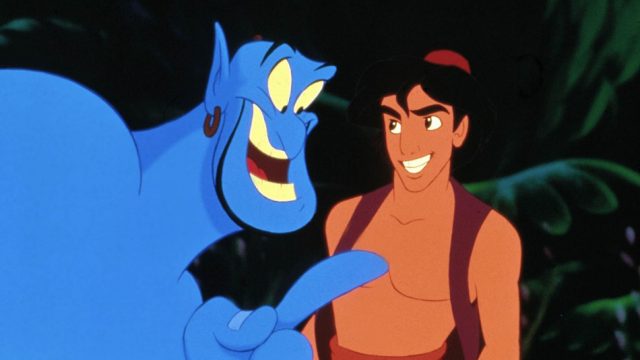 Citing the inability to fully recreate the magic of Robin Williams, who provided the voice of the Genie in the original cartoon, director Guy Ritchie decided to introduce his own version of a twist, as Entertainment Weekly reports:

“The great thing about the role of the Genie is that it’s essentially a hyperbole for who that individual actor is, so it’s a wonderful platform and tapestry for an actor to fill his boots on.”

For Smith, the approach seemed to be an interesting one, but comes with its fair share of challenges. He elaborates, “Whenever you’re doing things that are iconic, it’s always terrifying…The question is always: Where was there meat left on the bone? Robin didn’t leave a lot of meat on the bone with the character.” As such, he had to segregate the parts untouched by the late comedian, and inject his personality into them:

“[Williams] infused the character with a timeless version of himself. I started to feel confident that I could deliver something that was an homage to Robin Williams but was musically different. Just the flavour of the character would be different enough and unique enough that it would be in a different lane, versus trying to compete.”

BAM!! First look at the Genie 🧞‍♂️, Princess Jasmine, and #Aladdin! Check Me Rockin’ the Top Knot Ponytail Vibes in @entertainmentweekly 😆 (and yes, I’m gonna be BLUE! 🙂 This is how the Genie is in Human / Disguise Form. My character will be CGI most of the movie.)

Where Smith is assured that his iteration of the Genie will find its place in the Disney world – being “unique” and reeking of “hip-hop flavour” –, the internet appears to think otherwise. The outcry and backlash generated upon the reveal have pushed the actor to respond on social media, stating that his character will eventually be blue in the final cut and backed up by CGI for the most part of the Aladdin remake. Even his hairstyle was not spared criticism, spawning comparisons with Mortal Kombat‘s Goro and well, Ariana Grande.

A splash of blue 🙂 #Aladdin pic.twitter.com/n2rmaaUxy0

Truly the gift that keeps on giving, popular artist Boss Logic already took it upon himself to add that much-needed touch of blue – and it’s extremely convincing, too. Not all heroes wear capes, and he’s definitely one of them.

This is what it looks like when Genie tells #Aladdin what he wants for Christmas. Thanks @EW for the exclusive pics and interview! pic.twitter.com/nukhzYscu3

The live-action Aladdin adaptation hits theatres on May 24, 2019, which means there’s still a chance for the real blue Genie to make an appearance. Till then, knock yourself out on EW’s exclusive pictures…or if you’d wish, the memes that have come out of this.