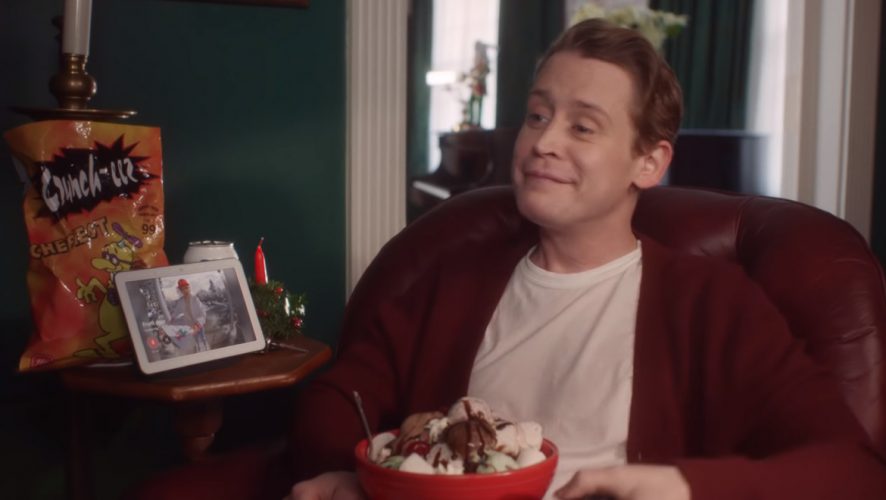 If you’re a 90’s kid, chances are you would’ve watched Home Alone growing up. And you might have felt vicariously vindicated when charmingly bright Kevin McCallister seriously whooped the burglars’ asses, with a brilliant display of nerve and cunning.

It’s been more than two decades (nearing three, really) and Macaulay Culkin — who plays plucky young Kevin — is once again home alone for the holidays. Yeah, but he’s also all of thirty-eight now, so getting the house to himself is probably more of a peaceful relief than a terror (still a good cause for excitement, though).

Teaming up with Google to promote Google Assistant, Culkin recreates some of the most memorable Home Alone sequences, such as the ever iconic highly nutritious microwavable macaroni and cheese dinner (served with a glass of milk, of course).

And let’s not forget the scene where Kevin slaps aftershave on his face and promptly screams like a banshee — although it seems Culkin’s out of aftershave for the ad. Finally, to deter the “Wet Bandits” — seriously, they’re still in this line of profession after twenty odd years? — Culkin commands Google to execute Project Kevin, which uses a bunch of cardboard standees to fake a dinner party, and supplants the need to physically booby trap everything.

Although, you probably ought to get Google to call the cops if you actually have robbers eyeing your home.

Either way, the ad is a nice homage to the Christmas classic and a perfect advertising gem for the holidays. Way to make Google Assistant relevant. Well played, Google.