Half the year has barely gone by but it seems LEGO is more than eager to spread some holiday cheer early. Images of LEGO’s advent calendar sets for 2019 have surfaced online, giving fans a glimpse of what they can expect come Christmas season. While there are a few familiar sets, fans can look forward to a brand new Harry Potter set which will bring some of the familiar features of the Hogwarts Great Hall right into your house.

Without further ado, here is a quick look at the 2019 LEGO Advent Calender sets fans can look forward to closer to the end of August!

Much like previous releases, this year’s LEGO Friends Advent Calendar (41382) is expected to retail at US$30, and will consist of common LEGO pieces and bricks with the additional LEGO Friends mini-doll thrown in. As is the case with LEGO Friends sets, the builds from this Advent Calendar set can be added onto your ever-expanding Heartlake City builds.

Get to build a winter wonderland with the LEGO City Advent Calendar (60235). While the set does not come with anything overly fanciful, it is still a fun set with its many Christmas-themed pieces and bricks, as well as its handful of minifigures that goes along with the set. Fans who purchase the set will also get an adorable little husky minifigure to play around with.

No LEGO Advent Calendar set will be complete without a Star Wars LEGO set so it goes without saying that LEGO will be releasing one this year. The LEGO Star Wars Advent Calendar (75245) will feature a series of new mini-builds modelled after some of the most iconic vehicles and locations in the Star Wars universe such as the X-wing starfighter. If that is not enough to convince you to purchase the set, it will also come with seven minifigures, including an old Luke Skywalker and an adorable looking Santa Porg. Need we say more? The set is expected to retail at US$30.

What better way is there to celebrate the Christmas season than with Harry Potter and gang, right in the illustrious halls of Hogwarts. Harry Potter fans can look forward to the release of the new LEGO Harry Potter Advent Calendar (75964) which comes in at 305 pieces, and is expected to retail for US$25.

From the look of things, the Harry Potter Advent Calendar will be recreating the Great Halls of Hogwarts, where many iconic scenes take place, such as the sorting of students into their respective houses as well as the great feasts that the students at Hogwarts usually have. The set will come with not only a number of these memorable features (scaled down to size of course), but will also come with a great selection of Harry Potter minifigures for fans to pose around with.

That’s about it for the Advent Calendars LEGO will be releasing for 2019. Fans can look forward to these sets releasing sometime closer to the end of August. 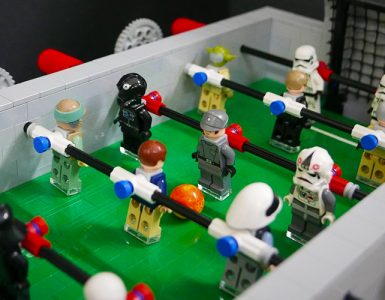 Every build is a lesson.