If you had a choice between money and a set of LEGO bricks, which would you choose? Yeah, you’re right, it’s a trick question because the answer is always LEGO.

(Plus, how much money can a regular size red packet actually hold?)

No, wait, don’t answer that because as you can see from this video, these kids are extremely smart. Especially the last one.

For those of you who missed out on last year’s LEGO Year of the Sheep (40148), the great folks at LEGO have a Year of the Monkey (40207) set for 2016. Simply spend S$88 on any LEGO products at any LEGO Certified Store (LCS) or Toys R’ Us to be eligible for a free set. This offer is also available at select LEGO mono brand stores, Hamleys, and department stores.

If for some reason you can’t hit S$88, spend S$30 to get a limited edition LEGO red packets at LCS or TRU. We won’t tell you that these sets and packets are probably in high demand, so you better hurry.

For the last part of the Lunar New Year celebrations, LEGO is also trying to build the largest 3D monkey, from 12pm to 9pm, Jan 30 and Jan 31, at Toys R’ Us @ VicoCity. You can get your photo taken during the construction process, or have it done when the monkey is complete.

If you have a small LEGO builder in the family, you might want to head down to the LCS at Ngee Ann City and Jurong Point, from 12pm to 9pm, Jan 30 and Jan 31, to try your hand at a special building activity.  Each participant also gets to take home a special build certificate and a LEGO goodie bag.

Now don’t you wish you were still a child? 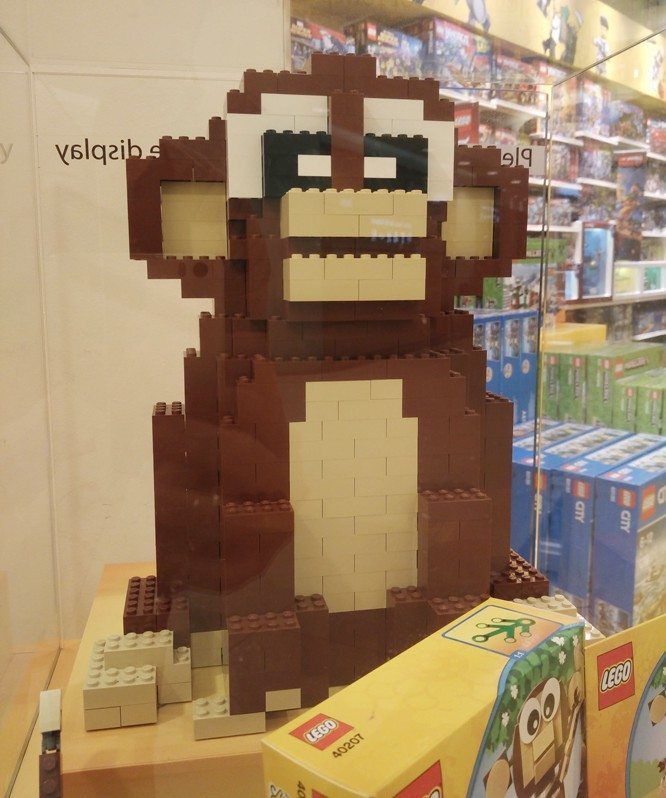 We honestly doubt it would be this big but it would be mighty similar based on the images that LEGO had released.