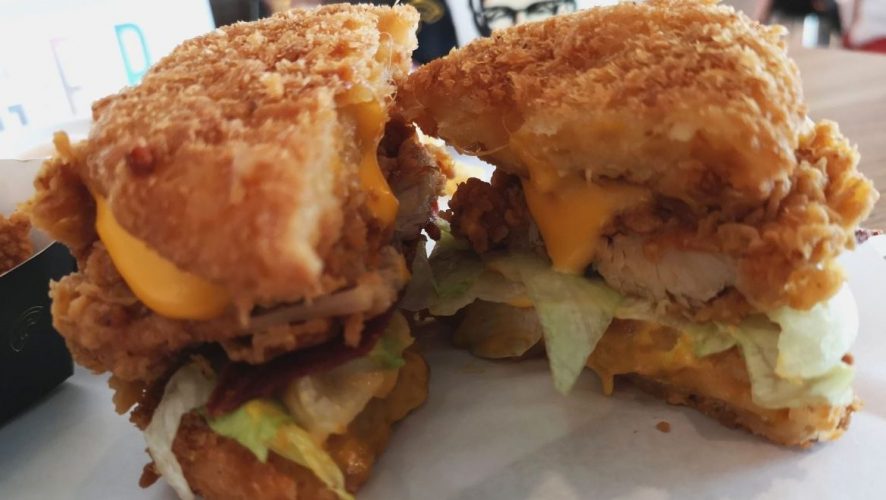 They have popped up in recent years, and spun off a slew of copycats as diners started to craft their own version, but the one thing that few have taken on is the Mac N’ Cheese Burger, where the top and bottom buns have been replaced by deep fried Mac and Cheese patties.

Until now. Yes, you heard us right. It’s a Mac ‘N Cheese Zinger, coming to your nearest KFC outlet from February 13 onwards.

American fast food chain restaurant KFC is debuting its version of the Mac N Cheese Zinger Burger that has been developed and launched by the Singapore team. This means that Singaporeans will be the first in the market to indulge in this gastronomical delight that has been often seen in videos, but rarely enjoyed in real life.

This is because time and effort needs to be spent in making the actual mac and cheese, to turn it into a patty.

According to KFC Singapore, the main ingredient in their Mac and Cheese patty is regular macaroni, and KFC’s signature cheese sauce. The final patty is then breaded, and deep fried at each restaurant.

As a standard Zinger should be, it packs a full chicken fillet, with a drizzle of cheese sauce, complete with turkey bacon and lettuce.

The end result is a moist, cheesy patty oozing with cheese goodness that’s so good, it can be enjoyed on its own. 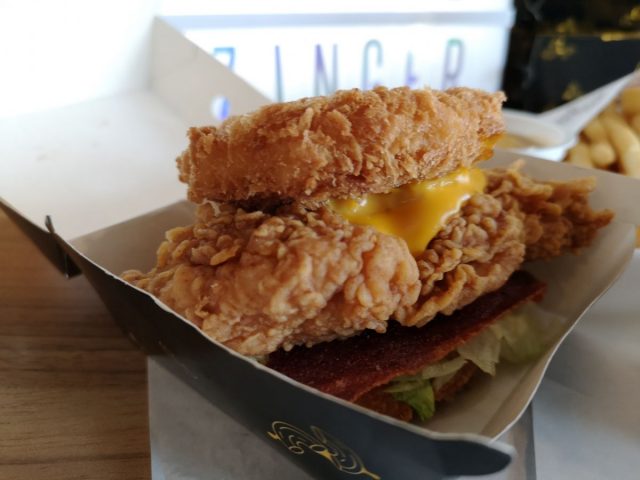 We tried it, and it is sinful. It could’ve done with a little more cheese, but still hits the spot. Previously, we were impressed by their Parmesan Chicken that debuted just last month, and the Mac ‘N’ Cheese is certainly a good follow-up to that.

And if you’re going for broke, why not get two, and create the ultimate Mac ‘N’ Cheese Double Down Zinger. Now this baby is not on the menu, but since the crispy on the outside, juicy on the inside patty can be enjoyed on its own, this is your chance to embrace the ultimate in Mac ‘N’ Cheesey goodness!

As with seasonal items on the KFC menu, the Mac ‘N Cheese Zinger is a limited edition entry, while stocks last.