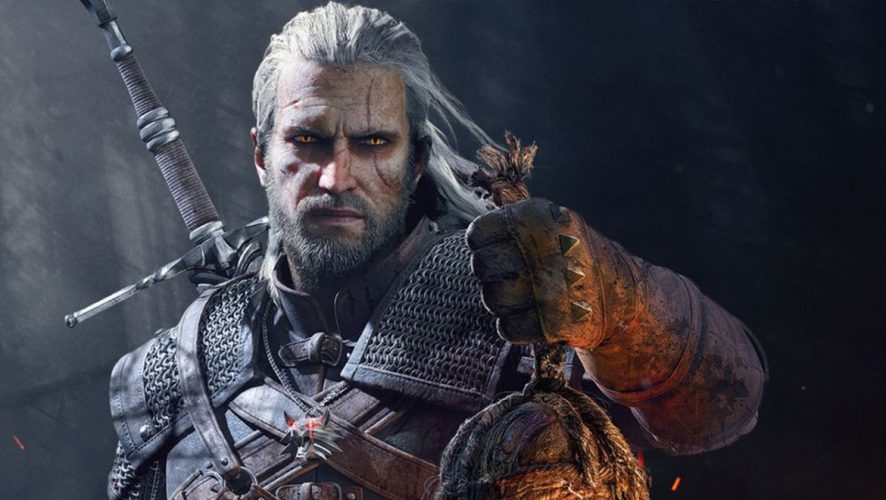 We have our first look of Henry Cavill (Batman v Superman: Dawn of Justice, Justice League) in his Geralt duds for Netflix’s adaptation of The Witcher, and we’re… not really sure what to think about it, save for how temptingly fluffy that lustrous silver wig looks.

Fans of the game will notice that Cavill is missing the iconic scar that runs down Geralt’s forehead, marring his brow and eye, and ending at his cheek.

He’s also missing that gloriously grisly beard — although there are versions of Geralt in both books and games who come fairly beard-less, so it’s not entirely inaccurate.

Get your first look at Henry Cavill in The Witcher! pic.twitter.com/1O2eWS1MkP

And while his eyes seem to be a pale amber — courtesy of contact lenses, most likely — they don’t quite match the glowing intensity of his in-game counterpart’s, but that could possibly be solved with CGI during close-ups.

Nevertheless, Cavill cuts a pretty dashing figure as he oh-so-casually ambles towards the camera, smoulders wordlessly for a bit there, before taking a swig of potion(?) out of a flask. And yes, he also reminds us of a certain blond elf from Lord of the Rings.

Whatever the case, we can’t wait to see him, Ciri — played by Freya Allan (Bluebird, Into the Badlands) — and Yennefer — Anya Chalotra (Wanderlust) — take to the small screen to kick ass.