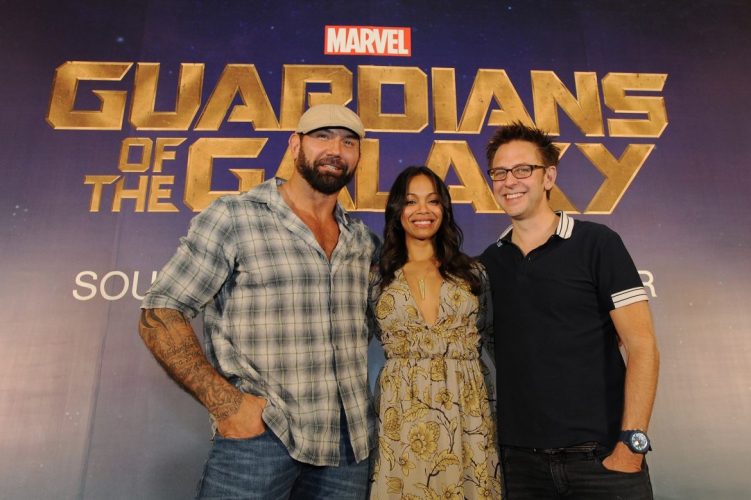 As we reported a little more than a week ago, the director and two of the cast members of Marvel Studio’s upcoming cosmic adventure Guardians of the Galaxy are visiting our shores to promote the film!

Actors Dave Bautista (Drax the Destroyer) and Zoe Saldana (Gamora), as well as director James Gunn (best known for his work on Slither), brought about much laughter and answered some burning questions from the assembled press during the press conference held at Marina Bay Sands on the 10th of July.

Check out the footage of the entire press conference right here!