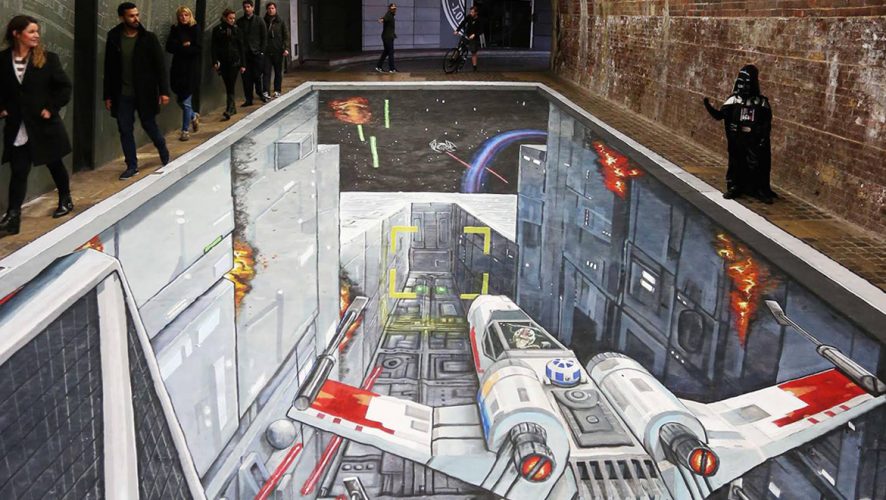 I’ve always been a huge fan of 3D anamorphic street art, and never failed to pose for a shot whenever I came across one.

Anamorphic street art refers to drawings on the ground that present a 3D look when viewed from one unique vantage point.

Even with this description in mind, most people don’t realize that there is usually a specific spot to stand to get the 3D view, as well as a strategic spot to shoot from with a camera, in order to record and preserve the intended 3D effect. These two do not necessarily always refer to the same spot, as the magic happens the moment you look at the art from your device’s screen, which is something the naked human eye doesn’t seem to see for some strange reason. I suppose the angle at which you are holding the camera affects the illusion.

One of the biggest, and most impressive anamorphic artwork that I’ve seen comes from the duo of Joe Hill and Max Lowry. If you’ve ever come across a massive piece of anamorphic street art shared on social networks, chances are that they have had a hand in creating it.

Since 2005, Joe and Max have travelled the world, from New York to Shanghai, creating eye-catching scenes to brighten up pavements for pedestrians, as they go about their daily business. Rather than simply create 3D artwork, they design their paintings to encourage their audience to engage and interact with the street art. Their creations are also done live, as they paint on site for the public to view their progress.

Max passed away tragically in 2010 but Joe has continued to paint 3D street art under the name 3D Joe and Max ever since (read more about his unfortunate passing here).

Joe is a huge geek as well, especially for Star Wars and Aliens. Here are a nine samples, inspired by the geeks in us, made by the talented geeks of 3D Joe and Max. 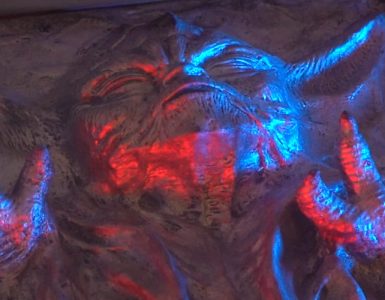 On me, drink coffee, you will!