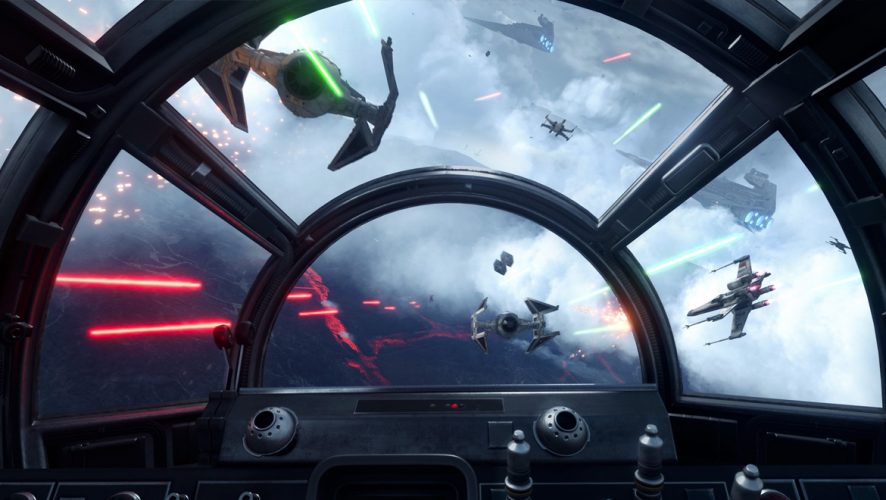 I stepped into the beta for the new Star Wars Battlefront game with my interest in it being skewered by two things. The first, I’m not that of a huge Star Wars fan (Star Trek does it for me) and secondly, I love Battlefield and from the previews Battlefront just did’t stand up well to that franchise. Limited options. Lower player counts. No squads. No server browsing.  No spotting. No iron sights. As a Battlefield player it didn’t bode well with such options missing. However, after spending a fair bit of time with the game I can happily say you don’t need to worry. Star Wars Battlefront is shaping up to be an excellent game and the design choices made are understandable in the context of the game. It’s not a Battlefield game (or a re-skin as some have suggested) so lets not judge it like one.

From the outset Star Wars Battlefront is a beautiful looking game. From the classy menus to the absolutely gorgeous vistas of the multiplayer maps, DICE have done wonders to capture the authentic and lived in feel of the Star Wars universe. It’s one of the few Star Wars games to truly nail the look and sounds of the films.

The beta has three modes for you to try out. First up is the survival mode. This is your your standard hoard mode where waves of enemies spawn and you need to eliminate them. Once you clear a wave another harder wave will appear. This mode is fun but the beta is very limited to only five waves and you can only play on normal so it’s very easy. Looking through this menu though there are harder difficulties and challenges too. One being complete an entire survival match without using a life. This mode you can also play with a friend online or offline.

Next up is the main meat of the game. Multiplayer. This is where many games go and die if they don’t get it right. So far Battlefront has got it right with only a few annoyances that can be easily fixed. There are two multiplayer modes in the beta. Drop Zone and Walker Assault.

Drop Zone is a small scale affair which pits two teams of eight against each other. Throughout the game capsules drop into the map and you need to capture them in order to gain a point for the team. Capturing takes a while so it is up to the team capturing to defend like crazy in order to stop the other team taking it for themselves. The first team to capture five pods wins. Drop Zone is a very fun mode that is suited to players looking for a quick game rather than the longer modes such as Walker Assault. The smaller teams keep things tense and more tactical than having larger teams which is perfect for this game mode.

Walker Assault is the big boy of the multiplayer suite which sees 40 players battling it out in a mode that is reminiscent to Battlefield’s Conquest mode. Playing as the Rebels you must capture the upload points on the map in order to damage and ultimately destroy the AT-AT that is slowly making its way towards the rebel base. The upload points once captured need to be defended as the opposing team can take them back. If they do, you cannot damage the AT-AT. Playing as the Empire it is your job to stop the rebels from capturing the upload links and make sure the AT-AT gets to the intended target. This mode has all the fun of Conquest but not much of the spectacle. There are only a few capture points across the large map and battles don’t get that intense but this could be because when we were playing the server was only 50% full. With a larger player base things will probably get better.

While you play Walker Assault or Drop Zone littered across the maps are power ups that you can collect. These range from grenades, shields and heavy weapons. Some items are only available in certain game modes like Walker Assault. This mode has power ups for vehicles such as X-Wings and Tie Fighters. Also available in this mode are the ‘Hero’ power ups which enable Darth Vader or Luke Skywalker to enter the battle. These character have a limited time on the battlefield but are very strong and you can dominate the enemy with them. If you watch our Walker Assault video below, at 35:14 you can see Vader in action.

Character load out is pretty simple. You can change the look of your character and you can unlock different weapons and extra gadgets. These gadgets range from jet-packs, sniper rifles, shields and grenades. You can assign only two to a character though. There is no weapon customization which is a little disappointing but understandable.

There are no squads in the game either. This is strange as the game allows 40 player battles. You can only select one of your friends to be your ‘partner’ and he will show up as yellow on the map. You can also spawn on him/her when you die. Again I sort of understand the decision as the game is not as big as Battlefield and the way the battles play out are radically different too. But it would have been nice to team up with more than one friend.

Overall, Star Wars Battlefront was a nice surprise. It looks amazing, plays smoothly and is fun to play. Hero characters are way overpowered and the spawn points need a overhaul but in general I have high hopes for the game now. For hardcore Battlefield players, Battlefront may come across as Battlefield lite but that’s fine as Battlefront needed to be different. 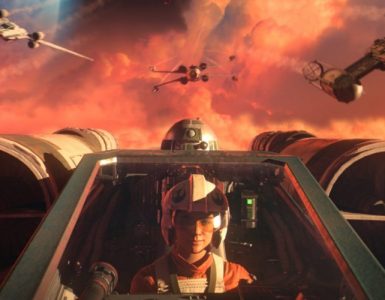 The game can be played entirely in VR on both PC and PS4!