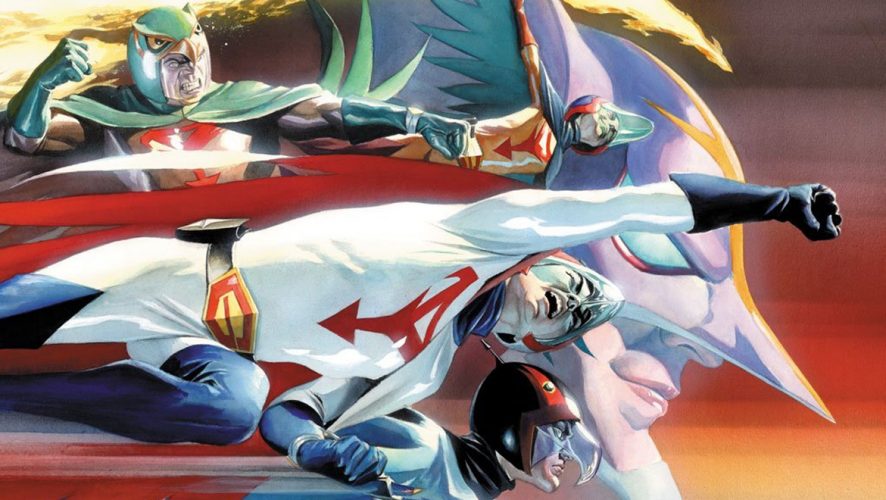 It has been a while since we reported that Hasbro was looking at bringing the MASK series back in stores for its 30th anniversary this year, and so far, no additional news has emerged from it.

What we have had over the last few months was more news that Paramount is making more Transformers movies (because the last one was so incredible), that there would be a My Little Pony animated movie in 2017, that Smurfs was getting a reboot from the two live action stinkers that came out recently, that the much talked about He-Man movie finally has a new writer, and that the new Ghostbusters reboot has wrapped filming.

We previously covered nine cartoons and toys from the 80s that we would love to see a reboot of, but apparently, we missed out quite a few. After hearing feedback from readers in the comments section, we have compiled this additional list of 6 cartoons that we want to see on the big screen.

That’s 15 in all Hollywood. What are you waiting for?

1. Visionaries: Knights of the Magical Light

It is a time when Magic is more powerful than Science.

Of the nine that were listed before, one title was missing and readers were quick to point out that Visionaries deserved to be on that list. I agree, and I screwed up.

Though it lasted only one season, the series about the return of magic in a land that saw science fail, was the perfect mix of sci-fi and fantasy. The heroic Spectral Knights had staff weapons that granted each user a unique ability, while the evil Darkling Lords had vehicles imbued with abilities.

Each of the characters also had an animal (or insect) totems that they could channel, but what struck the children of the 80s were the special mantras uttered before a unique magical power was released.

And while I backed the Spectral Knights, my favourite was the spell for Destruction: By nature’s hand, by craft, by art: what once was one now fly apart.

2. Science Ninja Team Gatchaman aka Battle of the Planets aka G-Force

When I first came up with this list, there were a few rules I followed. Any 80s cartoon that already saw a reboot was left out, so Thundercats and Transformers were out. Those that had an impending reboot coming up were also not listed, which is why Jem and the Holograms and Inspector Gadget and Robotech are not on any list. I also left out iconic Japanese anime from that decade.

There were two reasons for this. The first is that there were many Chinese and Cantonese dubs of animes in the 80s, and those were what some of us grew up with in the 80s. When we heard about the US versions, we naturally flocked to it, not realising that the US versions were not faithful dubs of the Japanese originals.

On the other hand, there are very few resources that recorded what the Chinese and Cantonese dubs were like in terms of story and tone, so they could very well be yet another version that is different from the Japanese or US versions. And Gatchaman is one of those.

The video intro listed above is the original Japanese version. This is the Taiwanese version, where the show is known as 旋风小飞侠. This was what audiences in Asia saw.

And this is the US version, known as Battle of the Planets, as adapted by Sandy Frank.

Here is an example.

Does anyone here know is there was any difference between the Japanese, US and Taiwanese version? If you do, please drop me a note in the comments, or in an email.

And can someone tell me where this is from?

So, how’s the headache coming along? Good, because there is more.

Have you heard of G-Force: Guardians of Space? Take a look.

I’ve seen parts of all four different versions, and it can get confusing, especially since in Battle of the Planets, the five were known as Mark, Jason, Princess, Keyop and Tiny. In G-Force, they were known as Ace Goodheart, Dirk Daring, Agatha June, Pee Wee and Hoot Owl, and let’s face it, the new names were awful. And no, G-Force was not as big a success as Battle of the Planets.

(As a side note, the more recent comics, featuring covers by Alex Ross, followed Battle of the Planets and you can pick up copies here, here and here.)

And the second reason for not listing it was because there was a live-action movie from Japan. For those of you who saw it, please remind the folks here who have not seen it why it should remain unseen. Nevertheless, we feel that more can be done with Gatchaman, which is why it has made it to this list!

Think Disney’s cartoons from the 80s and Gummi Bears or DuckTales will pop up. The adventures of Scrooge McDuck, his nephew Donald, as well as grandnephews Huey, Dewey and Louie, were filled with grand adventures, and it even gave us the amazing GizmoDuck.

Yes, I know, the game has been remastered recently, and Disney has already announced a reboot of the series, due out in 2017, and all we can say is, it’s about time.

And while you’re at it Disney, how about bringing back Darkwing Duck, Chip ‘n Dale Rescue Rangers and TaleSpin?

For the honor of Greyskull.

Everyone talks about He-Man and how great the cartoon is, but few remember that it produced a spin-off in She-Ra. After the movie He-Man and She-Ra: The Secret of the Sword, it was revealed that Prince Adam has a twin sister, Adora, who was kidnapped by Hordak and taken to Etheria.

Given the success of He-Man’s toy line, there was no doubt that She-Ra was created to appeal to little girls. Many of the heroes, or rather, heroines, were female, and there were plenty of toys. Maybe it’s nostalgia talking, but if Jem and the Holograms can get a movie made, why not She-Ra?

5. Voltron: Defender of the Universe

From days of long ago.

I will admit, I have a soft spot for 80s cartoon icon, Peter Cullen. His portrayal of Optimus Prime in Transformers defined my childhood, and to hear his voice in the opening sequence of Voltron gave me plenty of reason to continue watching the show, and I am glad I did.

Voltron actually refers to several robots that came together to form a giant robot fighting alien invaders, but the most iconic one is the Lion Force, and yes, I will grant you that Voltron has been rebooted since it made its US debut in the 80s, but nothing has come close to the original US take.

Come on Hollywood. How hard can it be to make a good movie using giant robots, aliens and human beings?

6. Challenge of the Gobots

Quick. Name me a cartoon about giant robots that can transform into vehicles,that use the voice talents of Frank Welker and Peter Cullen?

There is no doubt that Transformers is the more well known property, but the Gobots are well remembered, and let’s be honest here. The toys range from the 80s were pretty much similar. If the Gobots ever get made, I would recommend that the remake use the same transformation type as depicted then. Along with the terrible direction by Michael Bay, the redesign of the Autobots and Decepticons there have been criticised by Transformers G1 fans.

The Gobots can choose to be more faithful. 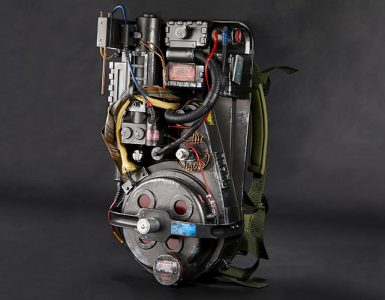