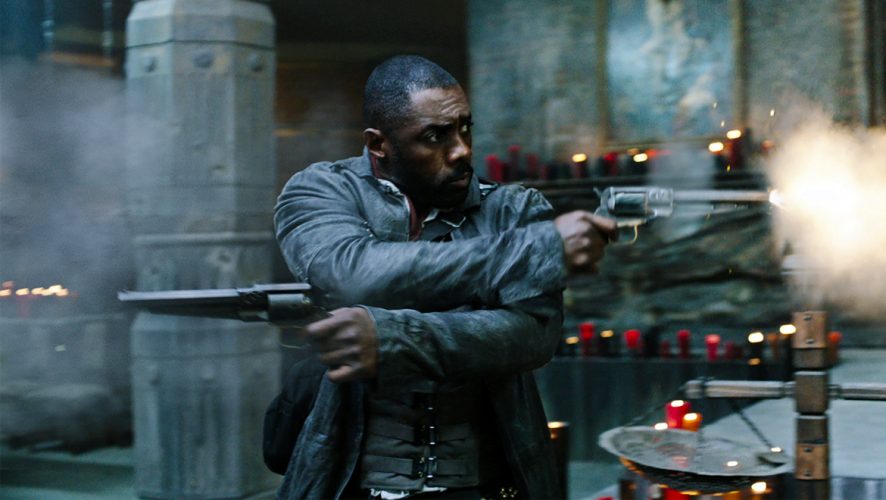 The most I’ve heard about the science fantasy series, The Dark Tower, by famous author Stephen King is that it is epic, creative, and not afraid of breaking the fourth wall with its words. And that it also had a number of noted directors, such as J.J Abrams and Ron Howard trying to adapt it, before leaving on for other more fruitful projects.

I’m more familiar with Stephen King though, through his film adaptations, films, and TV series.

When he lets other people adapt his written works, we usually get a goldmine of sorts (see The Shining). For some reason, Hollywood is taking on the King, with IT and this coming out soon One can only hope that IT fares better than this.

The Dark Tower sees the guy who wrote the screenplay for The Girl With The Dragon Tattoo (Swedish version) take on the director’s seat it’s pretty obvious that his skills aren’t on par with the source material. 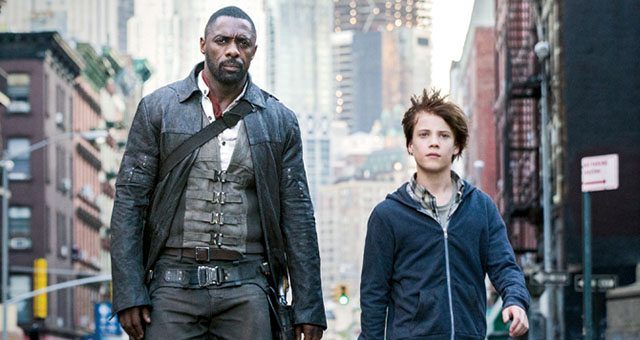 “A coward judges all he sees by what he is.”

Keep up with me. So there’s this Dark Tower that holds the Mid-World and Earth together; it protects both worlds from outer demonic forces. We have The Man In Black (Academy Award winning actor Matthew McConaughey) who is busting up that tower by sucking the energy out of little children (via a magic/science-like facility with gadgets and kid-sized chairs with straps), and using it as projectiles that dents the tower bit by bit. Whatever that happens to the tower also affects Earth, so you can put two and two together that .

We then cut to a boy named Jake Chambers (Tom Taylor), who is troubled and is also having nightmares and visions of The Man In Black, the Dark Tower, and a supposed saviour called The Gunslinger (Idris Elba). After a series of misadventures, Jake ends up in the Mid-World, meets the Gunslinger by chance, and they set off to sort out the latter’s thirst for vengeance, since The Man In Black killed his dad. 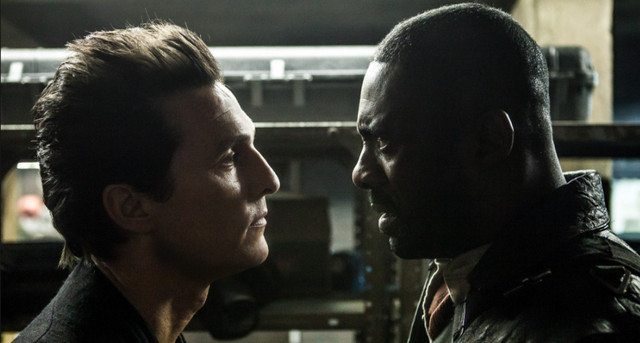 “Death, but not for you, gunslinger. Never for you.”

It’s clear that the folks who get top billing on the poster are the ones who should be fleshed out more. As it stands, Matthew McConaughey and Idris Elba play their roles well – their performances as a Devil archetype and disheveled badass hero attempting one last hurrah respectively won’t win them another high-calibre award, but they’re worth watching especially at the second half of the film.

McConaughey is menacing in his delivery; You know that he’s calculating, and he doesn’t need to raise his voice or intentionally over-act to prove a point. For a brief moment, I thought he was auditioning to be Satan. Elba’s heroism and reluctance in fighting the good fight as the last Gunslinger is also delivered excellently. At times, he exuberates his own form of compassion to Jake, with the both of them forming a believable friendship in a story that involves portals, demons, and sleeper agents wearing human skin. 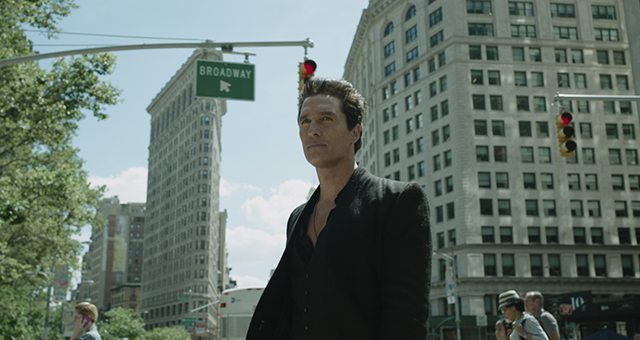 Child actor Tom Taylor does his best as Jake Chambers as a kid trying to cope with people not believing his visions are real, an alien world, and the fact that the personification of evil is after him for reasons unknown. It’s not a standout performance, but I buy it if only because the aforementioned veteran actors complement him as antagonist and possible father figure respectively.

I also appreciate the fact that the film doesn’t shy away from dark plot points, particularly with the early scenes with the children and Jake’s family halfway through the film. The film’s editing, action set pieces, science fantasy trappings, and emotional moments all pull through in the second half of the film.

“The scariest, most terrifying thing that I fear? My imagination…”

Which brings us to the film’s flaws: the first half is presented in a standard, slow, and boring manner. Yes, there is world-building and some semblance of setting up the narrative, but it’s just done in a plodding and typical manner here. The rest of the supporting cast like Claudia Kim, Jackie Earle Hayley, and Katheryn Winnick are just there as the token oracle figure, villainous henchmen, and mother figure, in that order. They serve as nothing more than just plot points to move the story along. Some key dialogue in the film come off as hokey and unrealistic. Come on Jake – no kid converses the way you talk to your friend at the start of the film. 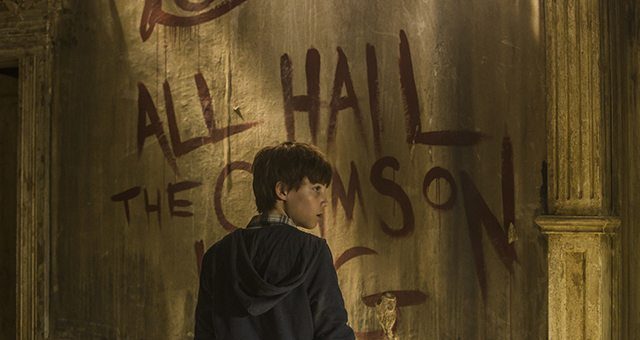 Furthermore, the film doesn’t go beyond its premise, and opts to play it safe. Despite a kickass number of action scenes, there’s that nagging feeling that the film could have gone beyond its conventional outcome, or at least presented its high stakes in a grand and dark fashion.

The Dark Tower is a serviceable experience, but it doesn’t go beyond lofty heights. There are moments of epicness and ingenuity trying to claw out of its budget, but US$60 million isn’t enough in today’s Hollywood and this tale ends up just being a slightly mundane experience. There are better action sci-fi and/or fantasy fares out there, but it’s not the end of the world if this was the only construct worth scaling, metaphorically speaking.

Whether you’re a fan of the Stephen King series or just someone who wants a good science fantasy flick, you could do a lot worse than this adaptation. It’s a slog of an ascent capped off with a mildly-thrilling descent.