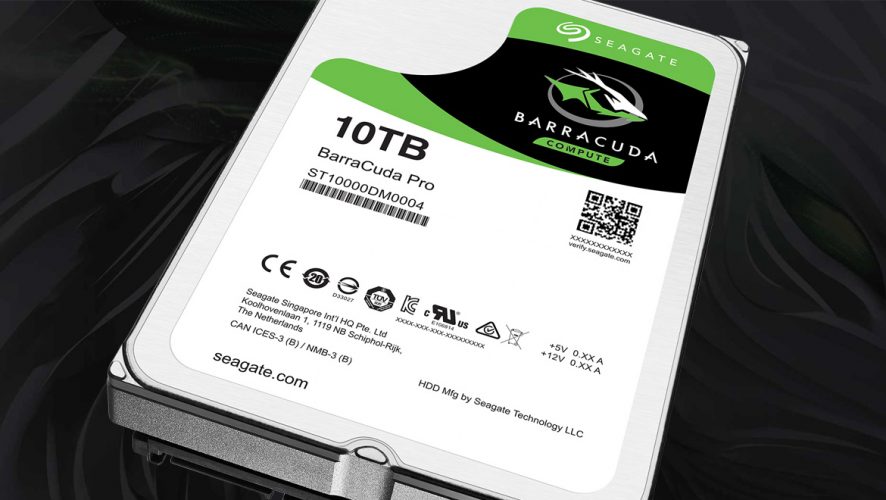 If superheroes were hard drives, Seagate has you covered with its new 10TB range of storage devices, complete with Cybertronianesque graphic renditions of a fish, a dog and a bird also known as the Seagate Guardians – the BarraCuda Pro, the IronWolf and the FireHawk.

As a bonus, there’s also the FireCuda, which is probably some sort of mongrel lovechild of which we will be posting a review of later. For now, we’ll be looking at the BarraCuda Pro, and we’ll start with the most important question everyone asks:

Before we answer that though, it’s important to note that this BarraCuda Pro is a 3.5-inch desktop HDD, not a SSD. That means it has all the old school magnetic platter goodness that’s potentially prone to physical damage, but more on that later.

As for its cousins, the IronWolf is mainly used for NAS (Network attached storage) servers while the FireHawk is aimed at video surveillance storage. This cuts away entire swathes of who would actually be using the BarraCuda, so in the end all I could say to answer that question was to give a rather shifty and evasive reply:

I know what you’re thinking, and you’re wrong. I happen to like to take videos of prawn fishing at Punggol. You should see my haul of delicious seafood. 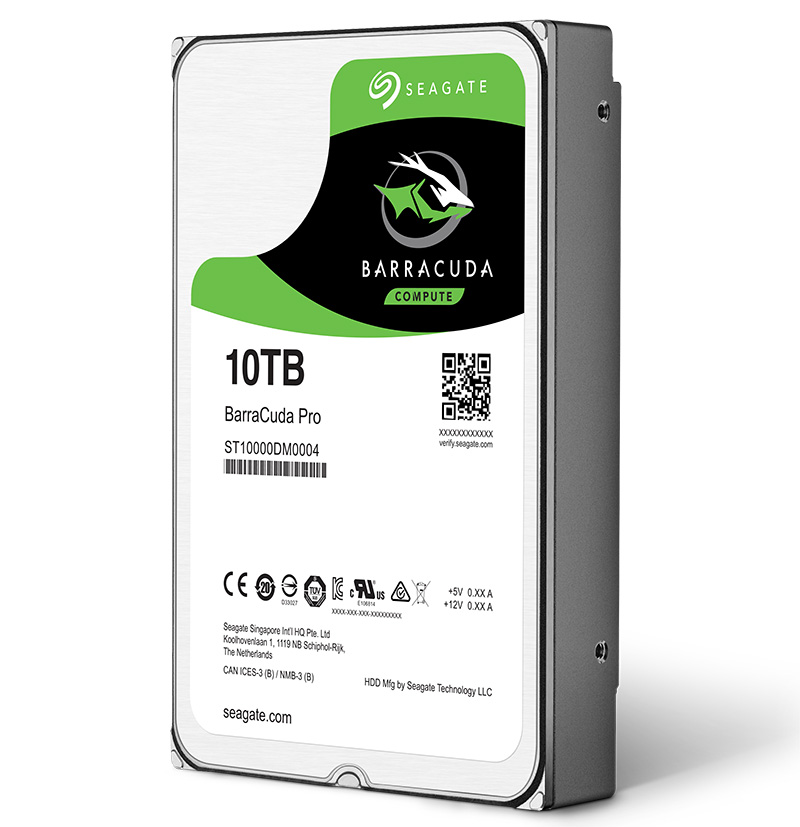 Anyhows, the BarraCuda Pro looks like any other 3.5-inch SATA3 HDD, although the feel is somewhat heftier despite its insides being filled with inert helium to protect the disc platters. Word on the street was also that it doesn’t handle knocks very well, so I was carrying the review piece very gingerly around the office like a newborn baby.

Now, the BarraCuda Pro isn’t laptop-friendly, so I was looking around desperately for a docking station that could handle HDDs rated at 10TB — most are rated for use with 2TB, 4TB or 8TB HDDs. My Century CROSFEU3S6G USB 3.0 vertical docking station gave me a strange revelation — the BarraCuda Pro was slightly noisy when vertical, compared to when it was horizontal. But at least you know without touching it, that the HDD is pottering along just fine.

Anyway, I also tried a no-brand two-way SATA/IDE USB 3.0 cable from Sim Lim, which also worked fine. But yes, in this era of laptops and phablets, Seagate seems to have missed out a smallish demographic in land-scarce Singapore – laptop people.

Laptop people usually need more storage, and would love the BarraCuda Pro for what it offers them: a lot of space. Unfortunately, you can’t yet use this darling with a laptop without a separate power supply, since the HDD requires 6.8W which is more than the 4.5W that USB 3.0 can supply. You’ll need an enclosure with a power adaptor and this is just too much of a hassle if we’re talking about portability.

While we’re not delving into the highly technical aspects of the BarraCuda Pro the way some other sites would, we have seen reports from other more qualified testers who have basically said that the BarraCuda Pro meets the claims in Seagate’s technical sheet. Also, it is a given that it costs much less per GB than SSDs, but is much slower, which is to be expected, after all. So, what exactly is the BarraCuda Pro?

Firstly, 7,200rpm is indeed a high spindle speed, but that’s more or less assumed whenever the BarraCuda name is concerned.

Next, the target demographic – home consumers. If you’re looking at storing the 4K movies and other high-definition media of either several people, this is perfect.

You’re likely not to max out the storage capacity until a long time later (unless you really have a lot of stuff to store), so Seagate is extending the warranty period from the usual 2 years to 5 years, which is great. Given the expected uses involving massive files, Seagate has added a large 256GB DRAM cache.

It is also part of the “multi-tier caching” technology used to intelligently optimise performance for when I’m simultaneously transferring multiple folders filled with prawns, lobsters and other crustacean content. I ran Crystal Drive Mark benchmark on two computers, my desktop replacement (an old computer) and the Razer Blade that I lug around. Both used a SATA USB 3.0 docking station and here were the results:

Clearly, one of my laptops is better than the other.

As an external storage to back stuff up, stuff that isn’t as urgent as security video feeds, the BarraCuda Pro is fine..

I think it is safe to say that I should be using my Razor if I desperately need to transfer a lot of things quickly. At 235.9-250.2 MB/s, the sequential read speed even exceeds Seagate’s claim of a 220 MB/s transfer speed. For a HDDs with such big capacities, the sequential tests are the closest simulation of backing up huge loads of data. I’ll be using my ASUS for much slower 30MB/s backing up of all my life’s electronic detritus instead.

Also, despite the low draw of 6.8W, the power efficiency seems somewhat offset by the claim that you can keep this on 24/7. This latter claim in turn conflicts with the workload rating of 300TB a year. That’s less than 1TB a day, on average. Given it’s rated transfer speeds, I’m not going to be able to use the BarraCuda 24/7 for the whole year, let alone five.

Well, like I mentioned some time ago concerning the literary KPIs of the movie Strange Magic, the correct response to some of these ratings is: “who cares?” … because, let’s face it, the fact is that even the most avid seafood aficionados will not be using their computers for more than a couple of hours each day.

And on this, Seagate truly delivers, in spades and buckets.