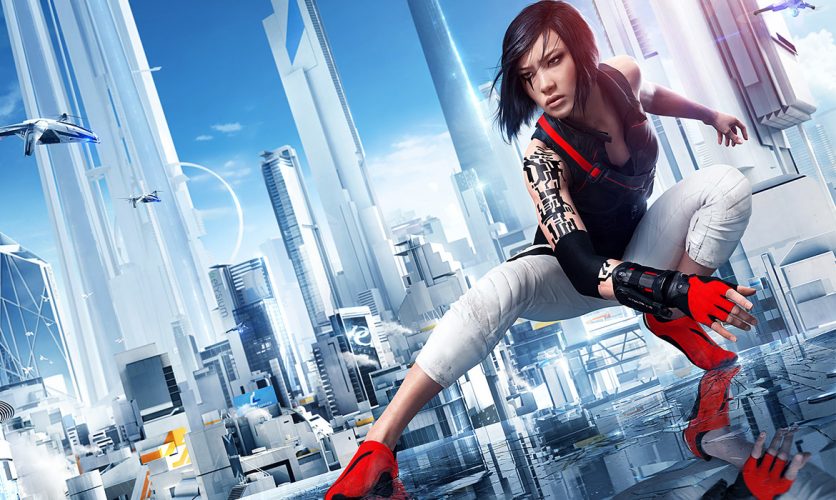 Faith lost in this franchise.

2008’s Mirror’s Edge was a mixed bag. To a select few it was a flawed masterpiece, a game that EA took a risk on. To others, a boring run simulator with a terrible story and combat mechanics. The game looked amazing at the time, the art design was beautifully minimalist and so too was the sound. However, there were serious problems with the level design and combat meaning it was also a very frustrating experience for many. Those ‘many’ probably included EA and DICE too, as deep down they surely would have felt there was a great game in there, waiting to be released to the masses. It took eight years, but a follow up is here. The big question now is this the Mirror’s Edge that the game could have been back in 2008? Not really.

Mirror’s Edge Catalyst is a prequel (reboot) to the first game and for those that never played that one, it doesn’t matter. You are not going to miss anything. The premise of the two games is virtually identical. You play as Faith, a grumpy young woman who’s job in life is to be a ‘runner’. Runners in this world are used to send messages and packages hand-to-hand to various clients, keeping them out the way of the eyes and cameras of the ruling government and its forced surveillance society. The setting could’ve have produced an interesting and dark story, matching the wonderfully stark visuals which reflect the cold, uncaring society the game world has, but this doesn’t happen. As with the first game, the actual plot is still tragically uninteresting and terribly boring. 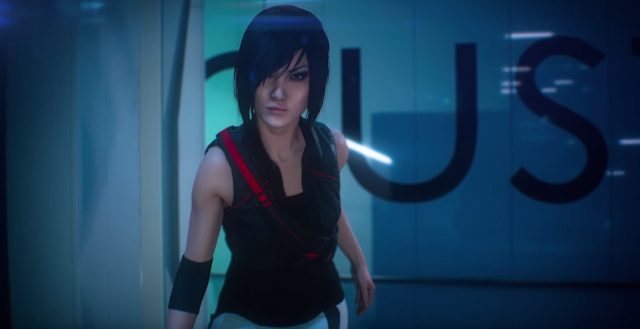 Controlling Faith is pretty straightforward. One shoulder button to jump and move up, another to duck down and crouch.  Combat is handled with a couple of buttons too. Light and heavy attacks. These attacks can be modified depending on how you attack the enemy. Attacking while wall running is different than attacking with a jump for instance. As you run around you build up a focus meter which allows you to become immune to bullets. Lose motion and the meter drains. An interesting mechanic that never really plays out to anything. At no point in the game did I need to rely on a full meter. Another pointless feature is the upgrade system. Everything can be unlocked so quickly, you end up wondering why it’s there in the first place. Such skills as ‘climb a ladder/pipe quicker’ or ‘turn around’ should not be an unlocklable in the first place. These are basic skills Faith should have from the outset.

Unlike the first game, Catalyst takes place in an open world environment that you’re free to explore how you want. It’s such a shame that the city is so dead and empty. The people who inhabit the city are locked away behind glass windows and can never be interacted with the. The ones you do run into are locked in place, never moving. Just stood there, like a statue. Sometimes these motionless beings will dish out side missions for Faith to take up. 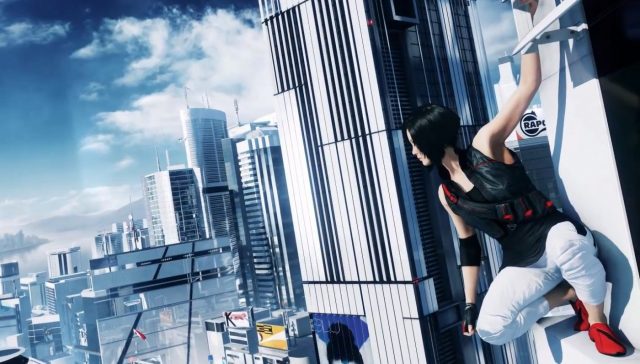 Most of the side missions are time based. An awful game mechanic. These missions usually see you trying to deliver packages or distract guards all while battling an in game timer. The main campaign missions are not much different either. Lots of chasing and delivering items. The better missions are usually ones that take place in the games interiors which feature some lite jumping puzzles and has some of the more striking looking visuals. You can beat the main campaign missions in under 6 hours. Add a couple more hours for the side missions. The majority of post game play will be taken up by finding all the collectibles and trying to beat other players time trial times that they can post to the game via the social menu.

Speaking of visuals, the art design is fantastic but this is easily the worst looking Frostbite game to date. There is a huge problem with textures loading in and when they do they still look like a blurry mess and other than the emo looking main characters, everybody else looks like they fell out of a PS2 game. Yes, PS2! To my eyes Catalyst doesn’t look that much better than the Xbox 360 version which was eight years ago…

As with the first game, Catalyst suffers an identity crisis. Combat is shoehorned in when the game really doesn’t need it. The game should be all about avoiding combat at all costs. It also needs a strong story that ties in with the game play mechanics. Both games have a great central core idea. Free running in first person. Yet DICE doesn’t know what to do with that and yet again we are left with an interesting mechanic with nothing substantial or rewarding built around it.

If there is going to be another Mirror’s Edge, it’s time EA shipped the franchise off to another developer who could bring all the threads together into a more focused package.

Mirror’s Edge Catalyst is available now on PC, PS4 and Xbox One.

Catalyst only just manages to be a better game than the original, but it still suffers from many of the same problems and some new ones. Poor graphics, a terrible story, an empty open world and combat still feels tacked on.