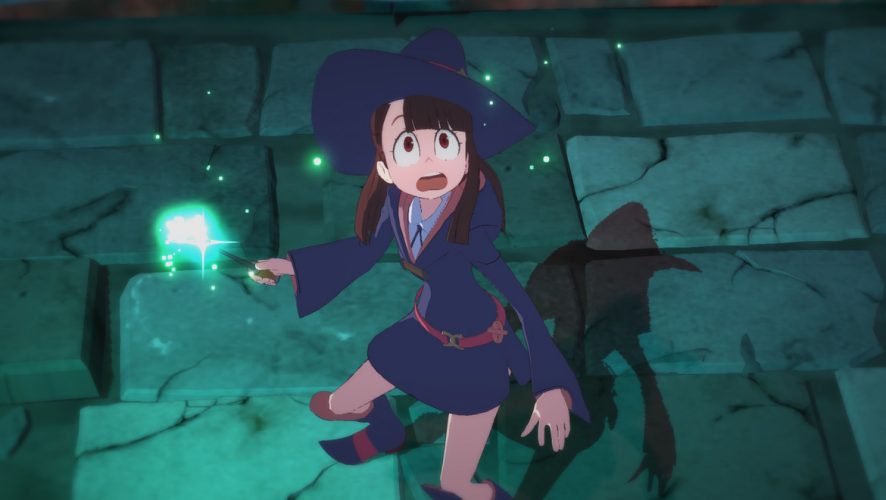 As a fan of the anime it’s based on, I was really looking forward to Little Witch Academia: Chamber of Time. Then I started playing it. It was… fine.

Let’s start with some good stuff: this game looks and sounds fantastic. The art style is based directly on the designs from the anime, even with that weird 3D shadow they like to put on animation-to-video game character transfers. Studio Trigger, responsible for creating the show, even worked on the animated cutscenes in the game. You can even re-watch these cutscenes in the Gallery, accessed from the pause menu. 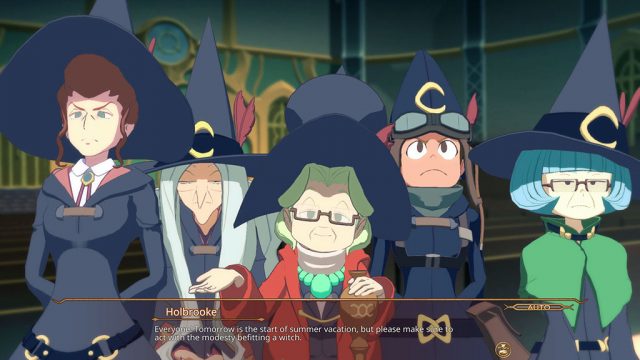 Best of all, the original Japanese voice cast all came back to voice the game, so Akko, Lotte, Sucy, and the others all sound exactly like they’re supposed to. Running around the Luna Nova Magical Academy and interacting with the various characters looks and sounds great.

The story is an original one, in which Akko gets in trouble on the first day of summer break (as she does) and is forced to put away all the books in the library as punishment. Predictably, Akko falls asleep instead of doing any work and a ghostly girl leaves a book in front of her. When she wakes up, Akko notices the book and tries to put it away, and accidentally discovers a secret chamber. When she and her friends (who had come to help Akko) explore the chamber, Akko finds a large magical hourglass and because she is Akko and has no impulse control, she touches it. This triggers a Groundhog Day scenario in which the first day of summer break keeps repeating until Akko and her friends can figure out how to fix it… without letting the professors know. You put all of that together, you basically have an extra long episode of Little Witch Academia, which is awesome (though does require knowledge of the show). Unfortunately, this isn’t an episode we can just watch. We also have a game to play.

…Except Not as Fun

The gameplay is divided into two distinct modes: Adventure mode, in which you mostly gather information, do side quests, and solve puzzles in Luna Nova as Akko, and the Battle mode in which you descend into dungeons accessed through the Chamber of Time and battle various creatures as any three of the seven playable characters. This isn’t bad or boring on the face of it, and when you first start out, it’s actually kind of fun, but you end up having to adventure through the not-very-large Luna Nova and battle through dungeons (sometimes the same ones) so many times, it just gets tedious. You basically have to grind through the entire game. There is a map in the pause menu in which you can at least keep track of where you are (generally) and where you’re supposed to go for story and side quests, but again, Luna Nova isn’t very big and you’ll end up memorizing the layout fairly quickly. 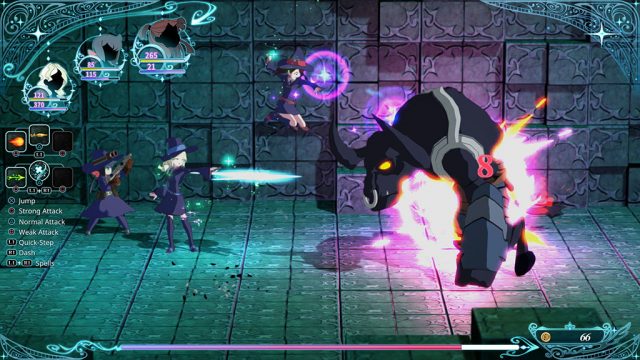 Some of the side quests do have a Majora’s Mask vibe to them, in that they’re only available during certain times of the day, and if you don’t finish it before the day is out, you have to start over when the day resets. This could be more or less tedious, depending on how many fond memories of Majora’s Mask you have.

If you’re a fan of super fiddly JRPG leveling systems, then you are in for a treat. As you battle through dungeons, characters will level up and receive Stat Points that you can use to increase their Stats, like strength, intelligence, and vitality. Enemies will also drop Accessories that you can put on characters to further boost these Stats. Increasing and boosting these Stats will increase the characters’ other stats, like HP, MP, Attack, and Defense (you cannot increase these directly). Further, the Accessories can themselves be boosted by taking them to the Lab in Luna Nova. 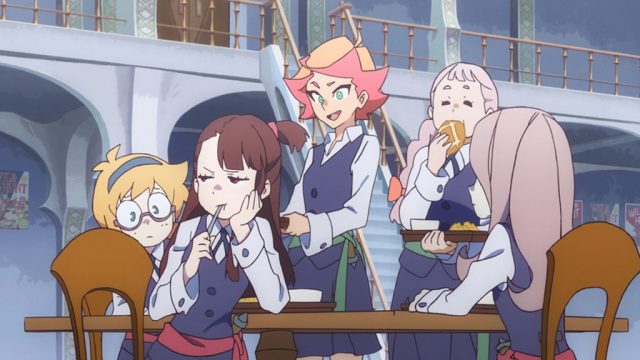 Still with me? You also need to assign unlocked Magic spells to your characters as these will be their special attacks in Battle areas. You unlock new spells and strengthen spells you already have by using Magnitude Points in the Horoscope. None of this is particularly intuitive, but it’s familiar enough that you shouldn’t get hopelessly lost. However, because you need to scroll through every character individually, you will likely forget to increase, boost, unlock, or assign something for someone, and won’t remember until you’re already halfway through the Canopus Ruins for the eighth time. So yeah, fiddly.

Combat itself is actually pretty fun, even if I wasn’t 100% sure what was going on at any given moment. Beyond the Spells you need to assign (up to six per character), every character also has a strong and weak attack that they can spam while you wait for your MP to recharge. And the characters are different enough that you do have to think a bit about who to take into a dungeon (you can leave Akko behind, even though she’s clearly the main character). For example, Diana Cavendish is very smart and so has a lot of MP, but not so much HP, while Jasminka Antonenko is your tank, with the highest HP of all the characters and somewhat lacking in every other department. 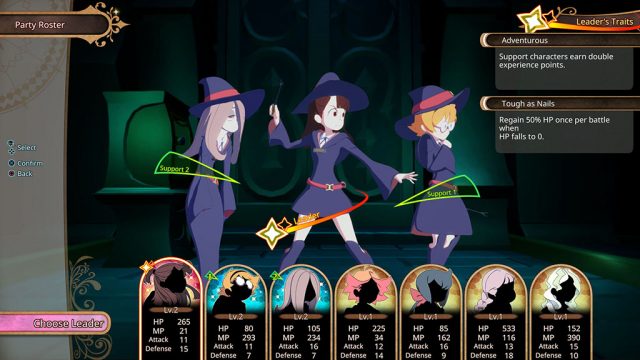 Overall, Little Witch Academia: Chamber of Time is an okay side-scrolling action RPG. If this kind of game is your bag, then you’ll probably find more fun in it than I did. I think it’s too long though, and, somewhat ironically, that it would have been a better game if it had less gameplay.

Little Witch Academia: Chamber of Time is an okay game with excellent visual and sound design. But the gameplay gets dragged down by a lot of fiddling and a lot of grinding. There’s a lot to enjoy here if you’re a fan of the show the game is based on, but if you’re not, then you’re better off playing something else (but watch the show anyway; it’s pretty great).