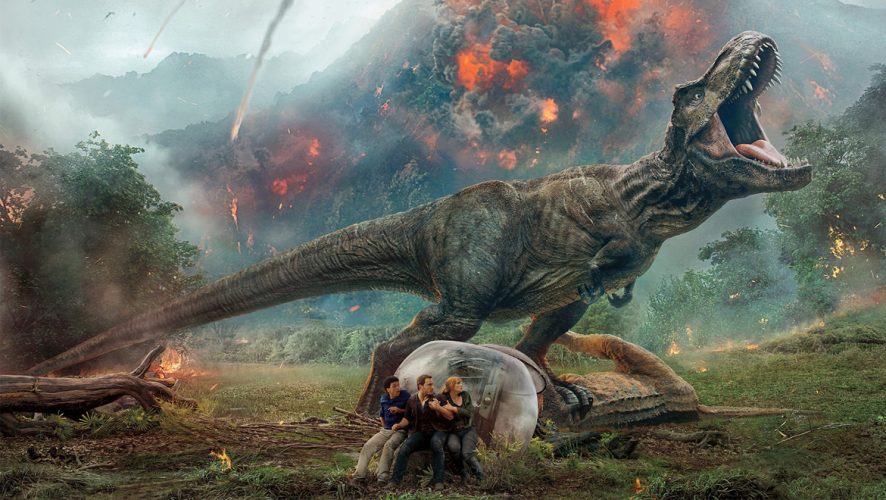 Jeff Goldblum as Dr. Ian Malcolm. A return to an island with dinosaurs. Years after the events of the first movie. A secret facility where the dinosaur clones were first created. A child. A doublecross. A team of soldiers searching for dinosaurs. Escape.

Up to a point, the new Jurassic World: Fallen Kingdom does not even try to hide that fact that it holds many parallels to The Lost World: Jurassic Park, itself a movie that served as a direct sequel to the first successful film. 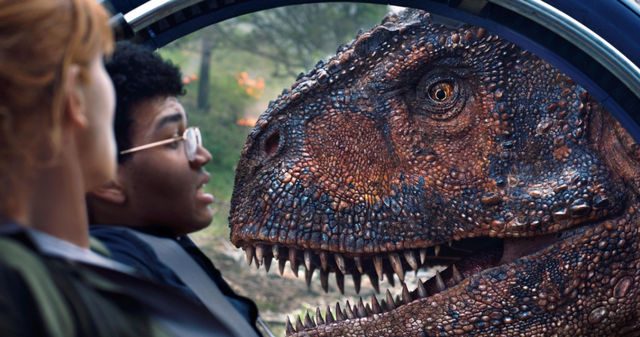 The key difference here is a switch of directors, and a shift in visuals. While the Jurassic World reboot was a massive reboot that took advantage of a sprawling locale, Fallen Kingdom is a decidedly smaller film that tries to weave in elements from the first four films and keep things small. Fan favourite actor James Cromwell serves as a link to the park’s original Ingen roots, while Chris Pratt and Bryce Dallas Howard reprise their respective roles of raptor expert and trainer, Owen Grady, and Claire Dearing, former operations manager turned dinosaur conservationist.

Three years after the evacuation of fictional Central American island, Isla Nublar, pockets of researchers have made their way back, to harvest the DNA of the lost creatures there. The island’s volcano has turned active, and is about to blow, but not before Claire forces Grady to make one last trip there, to recover Blue, Grady’s pet velociraptor. 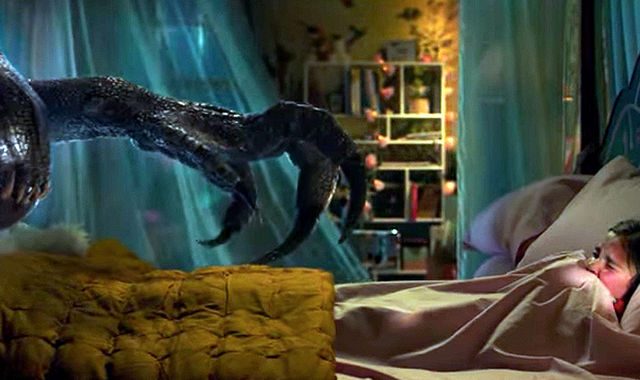 Naturally, there’s more to this excursion than meets the eye, and there’s no denying that the story falters across the movie’s 128-minute runtime. The addition of original character, Dr Ian Malcolm, into what are effectively bookends to the movie, does little to enhance this movie’s simple premise.

Director J. A. Bayona seems to also be spending some time homaging the original trilogy, with nods to the machines used in the cloning process, the multiple use of side mirrors, or even brands of supplies used. Heck, he also spent a lot of time establishing that all these films are connected, with the return of a popular character to drive the narrative. 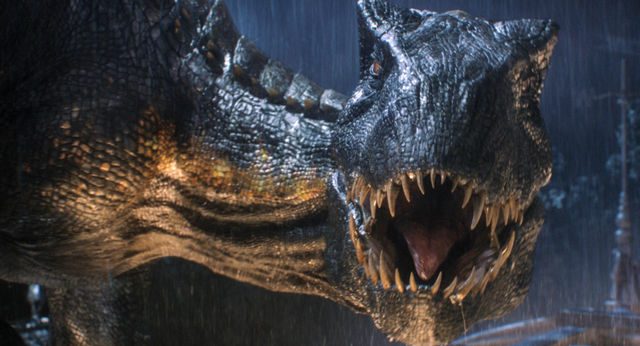 But the quality effects that remind you of big giant lizards are what makes this film enjoyable. Running with the bulls? Try running with dinosaurs, as the set piece here neatly concludes that particular chapter. The lizards themselves have a more intense look and feel, and this makes the immersive environment stand out more.

There are chases, runs, surprises, including a rather predictable cage fight between the new raptor and a hunter. Most of your favourite dinosaurs are back, along with the new raptor that does little, and only serves to act as a foil. The dinosaur deaths are gruesome and as always, well deserved as key villains get their comeuppance in the most elaborate way. 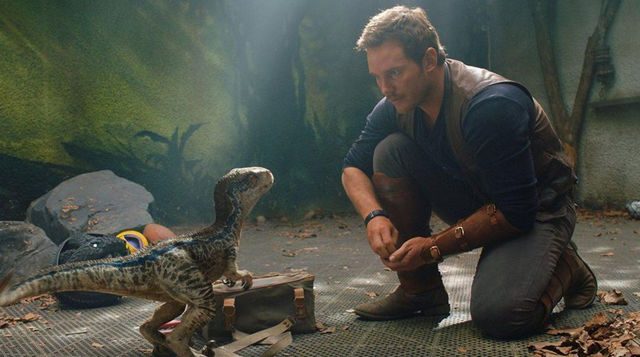 And what the movie lacks in story, it makes up for in character, as Howard also makes Dearing a lot more endearing this time out. Yes, Bayona spends a tad too much of his time making sure that she’s wearing boots, and not just shoes and after the first hour, these nods get a little annoying. There’s also a sub-plot with Cromwell’s character that seems so fitting and natural that one wonders why no one went there before.

Sadly, Pratt comes across as bored and as if he has been phoning it in. Maybe it’s the way his character is written but his is the most underdeveloped one in the film.

The ending of the movie can drive you a little bonkers, because the movie franchise states that man and dinosaurs cannot co-exist, but forces the narrative into something akin to Planet of the Apes.

As summer popcorn movies go, this particular outing with someone named Howard is a fun romp that feels familiar and predictable, but no less entertaining.