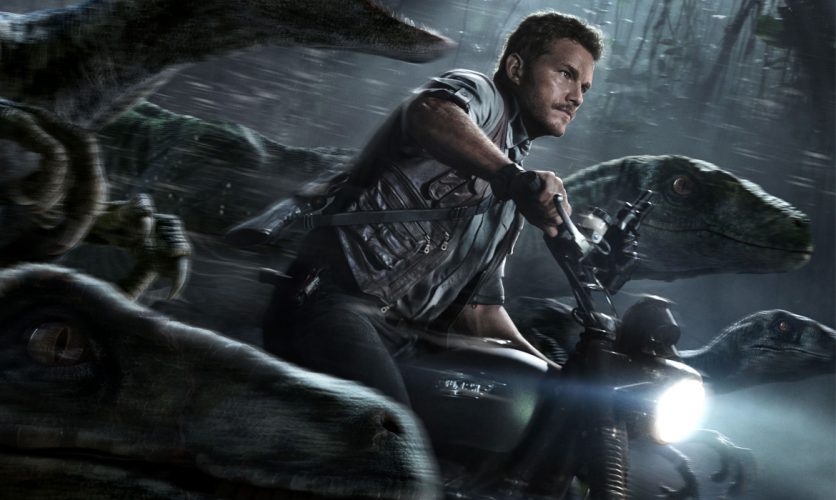 So here we are. The fourth part of the Jurassic Park franchise. After a very disappointing third part it was probably safe to say that nobody was really awaiting another sequel. What possibly can you do with the franchise? How many times can a park go wrong and the paying customers get eaten. You can either go out an a limb and offer up something new or play it safe. Jurassic World plays it very safe but has a couple of interesting undertones that are never fully explored. 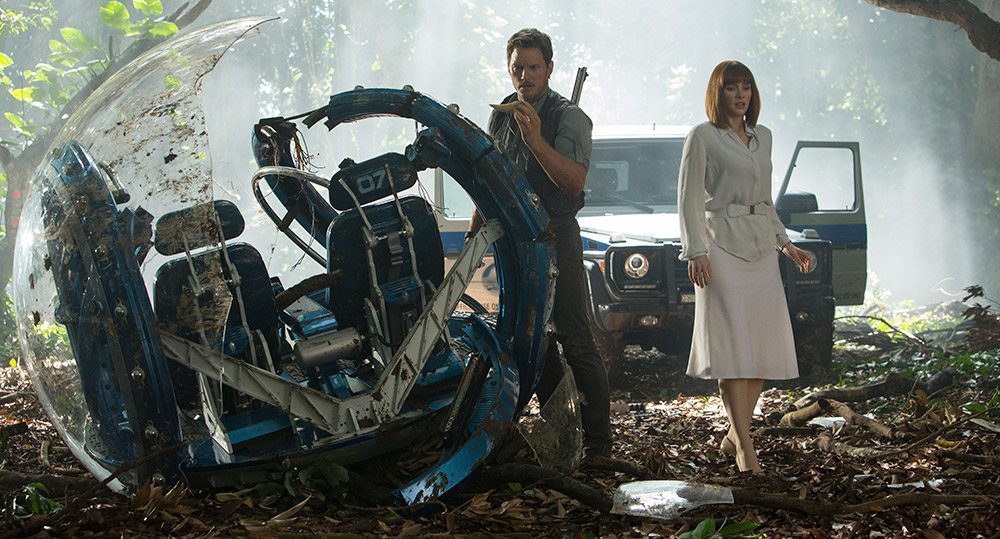 The Park/World is now open

Time has very much passed since the events of the original Jurassic Park. In that film, John Hammond had a vision of something bigger and better that what he had created. He wanted a theme park rather than a zoo and in Jurassic World, that vision has been fully implemented.

Claire (Bryce Dallas Howard) overlooks the day to day operations of the theme park and is expecting a visit from her nephews. Elsewhere on the island is an ex-military man called Owen (Chris Pratt) who has been training Raptors. This has peaked the interest Hoskins (Vincent D’Onofrio) who wonders if Raptors have a military application. Into all of this comes a new dinosaur. A genetically created hybrid called Indominus Rex. When said dinosaur escapes these fragile storylines and characters come together for some spectacular dinosaur fuelled action.

Now this sounds familiar right? A couple of annoying kids in danger. Shady employees stealing stuff. Regular people thrust into hero roles. At it’s heart Jurassic Word is nothing more than a remake of Jurassic Park. Hence the playing it safe part earlier.

The more interesting additions to the story are left on the wayside. The training of Raptors along with the creation of hybrid creatures would have made compelling stories if given more time. It’s a shame really as these threads of story could have made an interesting and different kind of sequel.

The action set pieces in Jurassic World are great. Probably some of the best in the whole franchise. The Gyrosphere scene is good if a little short and the ending fight is just..well go see it for yourself. Mixed into this are smaller encouters that take beats from the original and The Lost World. The CG work as usual is very good. Comparing it to even the third part shows how the technology has progressed.

Speaking of referencing the original, there are a few nostalgia throwbacks, especially a location where the mighty T-Rex once ruled. The soundtrack too also has themes from the original score. 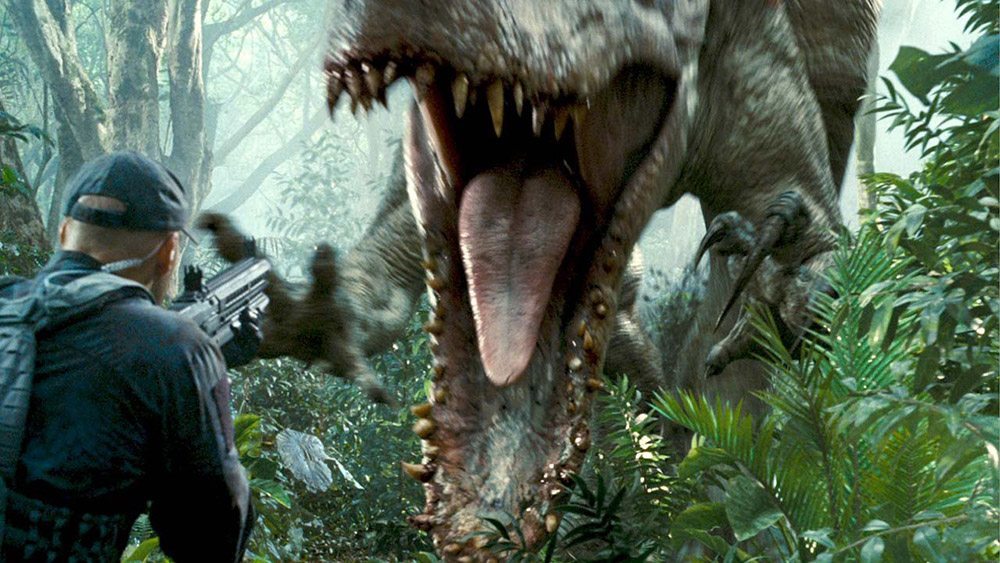 Where the film fails is in its characters. They are nothing but cardboard cutouts. Yes, Chris Pratt is great as Owen. Who doesn’t want to see Star-Lord fighting dinosaurs. What do we know of him though? Nothing. Claire is the same. Hoskins? No motivation is given to what he does or who he works for. The kids? Just annoying. At the end of the day Jurassic Park is not about characters. Well it is actually, the dinosaurs are the characters you want to see.

If you like the franchise then you will love this. Even if you are not a fan it does enough in its 2 hour runtime to keep you happy. Let’s just hope that the next installment does something new. They have seeded some great ideas in this film and I hope they follow through. Another theme park visit will just not cut it.

An enjoyable romp back at the park. Letdown by cardboard characters and annoying kids. Oh and Star-Lord kicking dino butt is great.