In a market full of Souls-like experiences, it can be hard to stand out. Fans of the genre are used to the high skill ceiling and the insane challenges that await, where only the most daring would take on these action-roleplaying games designed to punish every single mistake. Yet, for Fallen Flag Studio, the developers have created something that is exciting from start to finish, without being unnecessarily obtuse and over-the-top with Eldest Souls.

At first glance, the 16-bit aesthetic helps the game to stand out. With quality that demands your attention without a variety of distractions, players will be able to focus on the things that matter the most, trying to survive the gauntlet of well-designed and formidable bosses lying in wait.

In this world, mankind has finally had enough following hundreds of years of solitude, rising up against the Old Gods and imprisoning them for their harsh treatment. However, we would not be talking about the gods without there being a price to pay, unleashing desolation and taking up arms to stand in your way of saving the world.

Unlike Dark Souls and all of its ilk, there are no fodder enemies per se, and instead, every encounter is one to savour in its own right. This fast-paced boss rush experience is broken up every once in a while with some light exploration and world-building, but it is a testament to the fun of dying and learning in Eldest Souls that you would definitely want to jump right back in for another go at a new foe.

Eldest Souls achieves this great balance in a number of ways. With only a greatsword by your side, this is the only weapon you will need to care about throughout your entire journey. There is no durability to watch out for, or the need to search for the best equipment, it will always be your sword skills up against the Old Gods.

You can dodge most damaging attacks with a dash, with a stamina system that adds another layer of challenge to the game. Besides the normal sword slash, you can charge it up for a much stronger attack, but crucially, it activates the Bloodthirst buff. It is inevitable that you would get hurt in Eldest Souls, but rather than restrict players to healing potions or bonfires, you need to get aggressive with your attacks.

Bloodthirst buffs players with increased damage, faster movement, and precious lifesteal. While the meter is active, every hit restores a little of your health. There is also a powerful Bloodburst attack in your arsenal, which consumes whatever meter you have left for a powerful discharge attack to break defences.

Making mistakes will cost you dearly, but having a chance at redemption immediately is rare, with Sekiro: Shadows Die Twice coming to mind. At least this way, you can ensure you will always go down fighting, rather than giving up after being hit with a big blow.

Despite your sword being made of pure Obsydian and made for killing gods, it would still not be fair for the player to go up against such dangerous Old Gods. This is where the game’s skill trees and infusions come into play. Eldest Souls features three distinct skill trees that cater to a specific fighting style – Windslide for mobility and control, Berserk Slash for aggressive play, and Counter for those who are more patient and have great timing.

Defeating a boss will grant you a skill point, which will either unlock a new combat ability, such as damage increasing shards appearing after you caused enough damage, or boosts an existing ability to make you better at what you do. The three paths definitely have their pros and cons, and are well suited to how players may want to approach the challenge in Eldest Souls. You also have the ability to respec your build at any time, with the caveat being that you are locked into one skill tree only, with mixing and matching an impossibility.

Even with your skills, it may not be enough, and Fallen Flag Studio gives players another gamechanger with the infusion system. Bosses will each drop a shard upon defeat, and these powerful augments can drastically change how you fight.

A specific shard might grant you the ability to tether over to an enemy with a full Bloodthirst buff, ready to unleash the hurt, or adds a ranged finisher to your combos. In total, shards can be infused to enhance your dash, charged attack, the Bloodburst finisher, the final passive ability and the Fighting Style ability in the skill tree.

The unique nature of each shard, and the fact that you can simultaneously infuse multiple shards gives Eldest Souls plenty of replayability and space for experimentation, a facet that would surely be appreciated by fans of the genre. It would not take too long before we will see insane combinations that will melt the Old Gods.

Speaking of these evil beings, each Old God has been meticulously designed to bring something new to the table. All 10 bosses you will face in the game are different beasts altogether, ranging from unrelenting forces of nature to celestial creations that boggle the mind.

No one strategy is able to keep you safe and effective against the staggering amount of attacks, and this tough journey to learning all their patterns, determining the right window to strike, and coming back stronger after each death is where Eldest Souls shines best. You are not going to be blaming design flaws for your failures, but rather your lapse of concentration at the vital moment, and that is the best-case scenario for this type of game.

Each battle is going to be a hard-fought one, especially for those not particularly well-versed in Soulslikes, but at the very least, Eldest Souls gives you the tools and the ability to quickly jump back into the action and get better with time and practise.

As for the lore, it takes the same seasoned path that most of these games do. A mysterious casts of NPCs await at various corners of the world, awaiting your arrival to trigger questlines or to expand upon the snippets of information you can find lying around the world. It does not go much beyond bringing the right items to the right people, but figuring it out the combinations is part of the fun.

In addition, you are getting more insights into the lore, and on occasions, you may even obtain regards that can add in-game bonuses to aid you in the fight.

Completing your first run of Eldest Souls opens up more options to play as well. Arena mode allows you to take on any of the bosses in the game, with the freedom to prepare, customise, and experiment with your build to figure out the best formula. New Game+ is also there for those looking to cut their teeth even further, spicing things up with Old Gods getting new attacks and mechanics in addition to being stronger.

As a whole package, Eldest Souls is an excellent adventure for those who loves the tough challenges of testing your reflexes, timing, and overall tactical mind. The Old Gods are terrifyingly awesome to battle against, and the game’s focus on its dependable core mechanics make it an experience that does not require juggling to enjoy.

For an intense but ultimately satisfying boss-rush action-roleplaying journey, Eldest Souls is just like the cycle of life and death in the game, players would find themselves constantly coming back for more.

Eldest Souls is available on the PSN Store for $27.90.

Eldest Souls carves out a niche all its own in the crowded Souls-like genre to great effect. 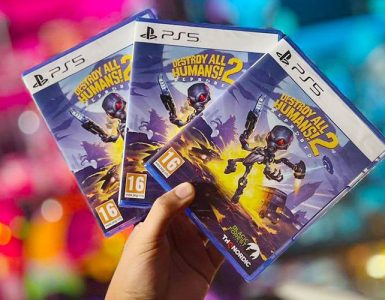