By and large, Ghost of Tsushima represented Sucker Punch Productions’s finest work on the PlayStation 4, weaving an engrossing tale of Jin Sakai’s one-man fight against the Mongol army. It had drama, intrigue, excellent gameplay mechanics, and characters that demanded your attention. To top that would be a challenging endeavour, but that is what the team is embracing with the challenge and expectations that are arriving on 20 August with Ghost of Tsushima Director’s Cut.

Speaking to Creative Director Nate Fox and Environments Lead Joanna Wang, it was clear that the developers were more than up to the challenge. In fact, they were thriving in trying to hopefully surpass players’ expectations with the new content.

Much of the discussion predictably revolved around the Iki Island expansion content, as well as the enhancements brought about by the power of the PS5 for Ghost of Tsushima Director’s Cut. For newcomers and fans alike, there is certainly plenty to get excited about.

While the narrative in the original game was full of pleasant surprises and brutal twists, It would not hurt to add even more meat to bone, so to speak. With the Iki Island expansion, that is exactly what Sucker Punch is aiming to do.

“When players go to Iki Island, they’ll be treated to a much more deepening experience for how they think about Jin Sakai and his transformation into the ghost,” Fox shared.

The semi-fictional foundations of the game do allow for more creative freedom as evident in the base game, especially since the Mongols did achieve a crushing victory in the history books. However, this time around, the shadow of Jin Sakai looms large

The villains are still the same ferocious Mongols, but they are adopting a different approach this time around under the banner of The Eagle. Instead of brute force, the new threat utilises “sympathy and a feeling of trying to help other people as a way to break down their defences,” and if that does not work, violence is still a useful tool.

“She provides an incredibly reasonable vantage point of why the Mongols taking control is actually going to be good for the greater peace. She is explaining to people all of the positives of what it’s like to be part of this really technologically advanced empire that is stable,” Fox continued.

“She provides a counter argument, and a humanisation to the Mongols, that I am very excited to see put into the Ghost of Tsushima total experience.”

Jin not only has to deal with an overwhelming enemy, but also the natives on Iki Island that are not welcoming of samurai, former or present, or the idea of more conflict. This duality plays into the strength of Ghost of Tsushima Director’s Cut continued focus on the paths Jin has taken in order to protect his people.

Although the new content is set in Act Two, players both new and returning stand to learn more about our hero’s history as well as that of the Sakai clan with this new journey. As the name suggests, this is the full story that Sucker Punch has always wanted to tell.

“When you play the Iki Island content, you will unfold more about Jin, the Toyotama region, and how it fits into the whole story of Ghost of Tsushima as a part of the whole package,” said Wang.

Fox added that the development of the original game had its limitations, and that the team “couldn’t put in every idea we had, but we always had that one idea of a story that we wish got in, and that is the foundational narrative for the Iki Island expansion.”

Being to understand the underlying motivations of Jin Sakai as a character is exciting to say the least, and Sucker Punch has made sure that the new content is an enhancement rather than a second chance to modify the basis of the original game.

Of course, on the difficulty front, there have been some adjustments made as well, catering to those who are coming back with a seasoned Jin with all his fancy upgrades. It will not be a cakewalk, as the game’s “challenge level will adjust to meet you where your character is at.”

Fox also stated that for players looking to finetune their approach further, new skills and perks will grant you more of that specificity to combat, whether you are a master swordsman or a dangerous archer.

The excitement about Ghost of Tsushima Director’s Cut also comes about the transition to the PS5, and on that front, the added bells and whistles are set to elevate an already immersive and beautiful game to the next level.

The 3D audio will let players hear the rain landing at their feet or the wind moving branches on trees that are overhead, textures are doubly dense, and the new lip-sync engine made possible by the PS5’s SSD is delivering the Japanese lip-sync that was highly requested by the community.

The fun does not stop there, considering that sword combat is a huge part of the adventure. Haptic feedback will play a major role in helping players feel the intensity of sword fights. Being able to swing a katana during combat and feel it bouncing off a villain’s shield is “a level of immersion” previously unattainable, and the potential definitely has the developers eager to explore further.

“Out of the new hardware. I think there are just so many aspects of it that are exciting. The spherical audio, the haptics, the increased resolution, even our Japanese lip-sync, these are all very cool,” the pair concluded.

If the studio can put out that kind of quality on PS4 hardware, the expectations for Ghost of Tsushima Director’s Cut on the PS5 are going to be sky-high. Thankfully, based on what we have seen and heard, the team is more than up to the task, and the future is surely going to bring us more compelling creations.

Ghost of Tsushima Director’s Cut launches this coming 20 August on both PS4 and PS5. 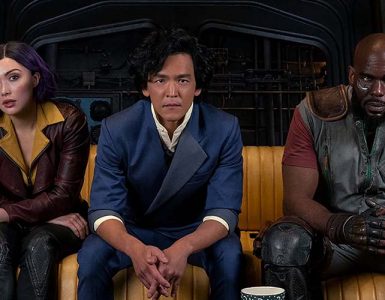 No more slander allowed on the Bebop, please! 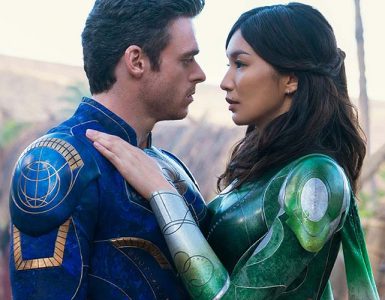 Geek Interview: Director Chloe Zhao Says Eternals Is An Exploration Of Humanity, And For MCU Fans To Critique