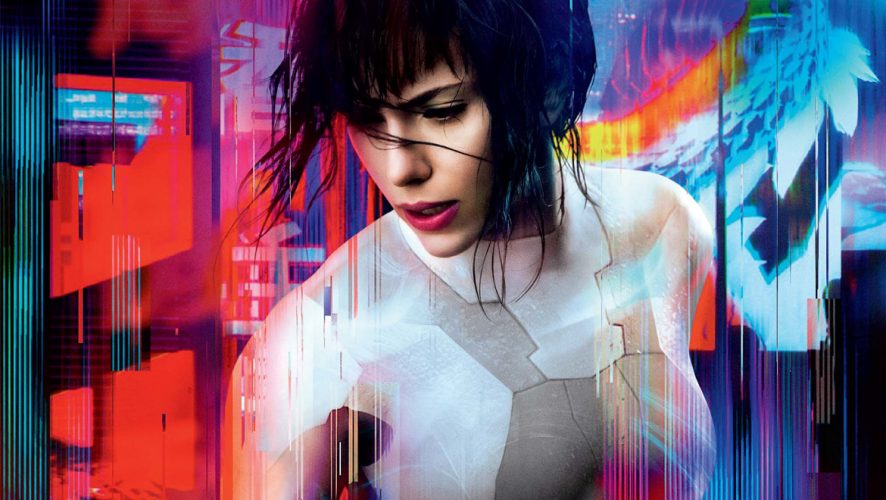 In an era of pointless Hollywood remakes, reboots and adaptations, Ghost in the Shell stands out not because the anime is an iconic one, or that the shadow of whitewashing has dogged the production for the longest time. It’s the simple fact that this latest in anime-western film adaption may be the best one out of America yet.

While this is not saying much since the list includes Dragonball Evolution, Fist of the North Star, and Speed Racer, credit should be given when something is done right.

For those who don’t know, Ghost in the Shell is an adaptation of the cult anime movie of the same name, which itself was an adaptation of the hit manga by Shirow Masamune. What the anime did was to introduce an incredible soundtrack that enhanced the artwork, to make it stand out even more.

The plot revolves around a hot cybernetic babe (The Major) who fights crime in the futuristic world of Hong-Tokyong, and questions what it means to be human.

Fans have longed held the anime and manga in high regard, especially after it was noted that the original The Matrix film borrowed heavily from the anime in terms of aesthetics and style.

Visually, this remake is a feast for the eyes. The Asian-inspired City is filled, tall and tightly packed, with metallic buildings peppered with bright neon holographic signboards. It’s a throwback to the 80s-type imaginings of the future.

Some shots in the movie seemed to be lifted almost exactly from the original anime, frame for frame, which translated surprisingly well to the live action medium. If you’ve seen the opening sequence to the film, which is available online, the rest of the movie doesn’t depart much from this. These little visual easter eggs are fun to look out for throughout the film, and there are a lot of them.

Alas, The Matrix lifted and showed Western audiences how good it could get, and almost 20 years later, it still remains a benchmark that no film, including this one, has been able to outdo. Which means that the action sequences here are perfunctory. They are entertaining and exciting, but are hardly originally or inventive. The CGI renders of rain can also be a little iffy at times, but otherwise it is everything you would expect from a high-end, sci-fi movie from Hollywood.

Costuming geniuses Kurt Swanson and Bart Mueller, who previously worked on The Hunger Games: Mockingjay – Part 1 and Stoker, managed to successfully replicate most of the series’ iconic looks, without making them look completely like tacky cosplay attempts. Their most beautiful piece of work has to be the recreation of the Thermo-Optic suit (right down to the zettai ryouki stockings). A fanboy favourite because of its suggestive nature, it would have been so easy to get the suit wrong. Despite its near-naked appearance, it’s a cleverly crafted uniform that allowed the Major to carry out stealth missions or escape from dangerous situations. The costume designers could have poured Johansson into a blank, semi-sheer latex suit and left it at that. Instead they gave the suit a supple, soft-armor feel with textured digital “plates” that teased nudeness but still seemed practical.

It was also nice to see Batou’s look translated almost 100% to the big screen. They could have given the Major’s second in command a more generic military look but wisely chose not to. Batou’s mechanical eyes, white-blonde hair and heavy green coat were extremely on point.

Movie lead Scarlett Johansson is slightly awkward in her role, and not in a good I’m-a-human-in-a-cyborg-body kind of way. Occasionally, she manages to capture the unsettling unnatural poses you’d expect from a robot who has no sense of human “balance”. But more often than not, it doesn’t come through convincingly and sometimes appears as an afterthought. Fortunately her action sequences are fast and tight – almost like Black Widow on crack. She also does a great job of expressing her emotions using her eyes while keeping her face stoic – like a robot. 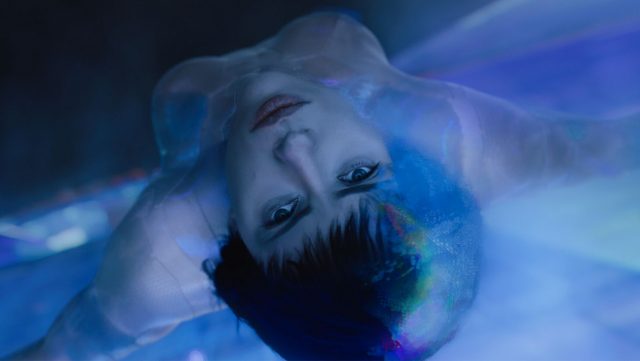 Pilou Asbæk’s Batou played well against Johansson’s Major. Their sense of camaraderie was believable but their banter was occasionally stilted. Batou’s side story was nicely handled as part of the on-going plot without distracting too much from it. Beat Takeshi’s stony faced Chief Daisuke Aramaki is everything you expect of an aged, battle-wary military veteran – cool, badass and trustworthy – everyone else on the team, forgettable.

Sadly, both the film’s penultimate and ultimate antagonists are unimpressive villains that you won’t really care for. They’re just there to move the story. While there is an attempt to create some depth and sympathy for Michael Pitt’s Kuze (an amalgamation of the series original antagonists the Puppet Master and Kuze), the character is unfortunately thin and unremarkable. Peter Ferdinando’s villain isn’t even really a villain. More like your run of the mill money-motivated businessman.

Fans, do note that the story has changed significantly from the original manga/anime. Though it tries to keep some of the theories and themes, it is clearly watered down so that it is easier for general audiences to digest. It attempts to ask questions about consent and free will, human-cyborg evolution, the definition of humanity and what defines a person – memories or actions. 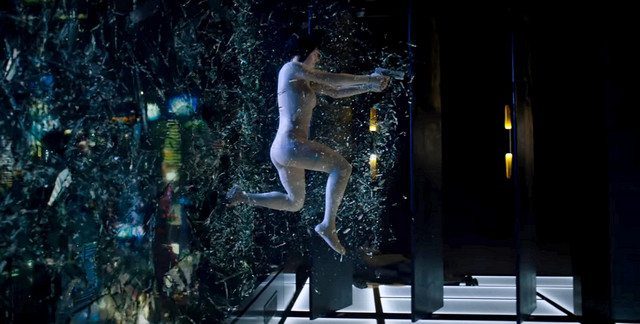 Unfortunately, it only manages to paddle in the shallow shores of the deep thought. It pales in comparison to the anime, which managed to squeeze in more with a much shorter running time.

Rather than questioning humanity, it became a journey of self-discovery. Which, for all intents and purposes, served the needs of the film.

So, is the Major whitewashed? After all, what else would you call a white actress cast as the lead that was originally Japanese to begin with?

The answer depends on how much you want to “deep dive” into the context of the story and in-film universe. The reveal of the character’s “race change” is lazy and a bit of a plot deus-ex-machina. It’s superficial, but more than suffices for non-fans of the series. The entire film might even have been better without the backstory. It might have been able to stand alone if it had decided to use the original as an inspiration, rather than trying to squeeze an explanation in. 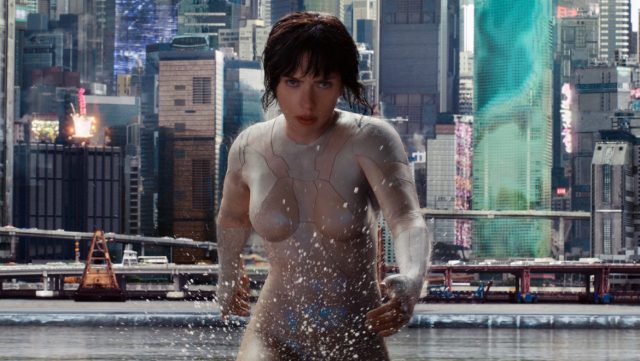 It’s also interesting to note that there was very little noise about Batou being played by a Danish actor (Asbæk) and Ishikawa by a Fijian-Australian man (Lasarus Ratuere) despite both characters being as Japanese as the Major in the original.

The movie also makes some other peculiar choices, such as having Beat Takeshi speak solely in Japanese while Chin Han’s Togusa converses in English, even though they were both playing Japanese characters. It was probably a fan service choice, because how else are they going to sneak in calling her shosa?

Should the Major have been cast as an Asian actress? There are strong arguments for it but ultimately, it’s not necessary. One of the film’s theories is that you remain “you” regardless of how you look on the outside.
But could she have been played by an Asian actress? Yes.

It’s a mere shell of the original ghost, but the film still makes for a serviceable introduction to the series.