The ASUS ZenBook Pro Duo impressed plenty of reviewers upon its release, with many praising its second screen, the ScreenPad Plus, for helping to add some breathing space to the usual workspace. Users could also improve their productivity by multitasking using both the main screen and the ScreenPad Plus.

Pricing it down doesn’t mean a dip in quality, as the ZenBook Duo UX481 is as well-built as the ZenBook Pro Duo UX581, in that it is built like a tank. The laptop also comes in the celestial blue colour, with a spun-metal finish on its lid. Aesthetically, it is heavily reminiscent of the ZenBook Pro Duo, only it is much lighter at just 1.5kg. This makes it a better laptop choice for users who are constantly on the go and require a laptop that is portable.

The ZenBook Duo comes with a 14-inch Full HD (1920 x 1080) screen, and a 1920×515 ScreenPad Plus. Interestingly, the smaller ScreenPad Plus is touch-sensitive whereas the larger main screen is not. The laptop also comes with hinges at the rear which help to prop the lower deck of the laptop at an angle, a feature that ASUS calls the ErgoLift design. The ScreenPad Plus is situated right below the main display, taking up the top half of the laptop’s base, with the keyboard and trackpad taking up the bottom half.

Since it was all squeezed into the bottom half of the laptop, we found ourselves constantly hitting the wrong keys while trying to type our documents out. In time, and with proper arm support, our typing accuracy did improve but it will inevitably take a while to get there. Those who prefer quiet keyboards will appreciate the one on the ZenBook Duo which doesn’t have much of a sound when typing, making it perfect for use in the library or when you need to be quiet in the office.

One feature we greatly appreciated on the ZenBook Duo, however, is the physical mouse buttons which allowed us to easily select what we want with just a simple click of the button. That said, the vertical trackpad located to the bottom right of the laptop can be also too narrow for some, with a single swipe from the left to right only covering around half of the laptop’s screen. You will have to manually adjust the sensitivity of the cursor to make it move further. Plus we found that it tends to not register light taps, which is where the physical buttons come in handy.

Powering the ZenBook Duo is the ‘10th Gen’ Intel Comet Lake CPU (Intel Core i7-10510U), along with an NVIDIA GeForce MX250 GPU, 16GB of RAM, and 1TB of SSD storage. With this array of hardware, the ZenBook Duo is more than capable of running daily tasks for productivity work and entertainment such as video streaming, while keeping cool and quiet. The laptop’s responses were snappy and had little lag when streaming videos on Netflix and YouTube. It was also quick to start up from Sleep though we noticed that it did take the ScreenPad Plus a second or two longer to wake up.

Heavy use of the laptop such as high-graphics gameplay and running several Adobe programs at once will ultimately take a toll on the laptop in the long run in terms of battery life as we managed to get around two hours of gameplay when playing Overwatch on the highest graphics setting, the laptop also got hotter than usual but thanks to the placement of the keyboard on the bottom half of the laptop, it was not affected by the heat at all. We also only really heard fan noises when we tried gaming at high-graphics setting. Though the ZenBook Duo still gave us a much smoother gaming experience compared to the ZenBook 14 as it allows for better graphics quality with little lag.

Being the smaller, more affordable cousin of the ZenBook Pro Duo, we honestly weren’t expecting much with the battery life of the ZenBook Duo but we ended up being pleasantly surprised at what we got. The laptop was capable of giving us around nine hours of web browsing, video streaming, and working on documents, with the ScreenPad Plus active the entire time and set to around 50-per cent brightness which is a little better than the ZenBook Pro Duo which was able to last us 7 hours with light to moderate usage during our review of it.

All in all, while the ZenBook Duo UX481 does have almost the same aesthetics as the ZenBook Pro Duo, its smaller size resulted in a smaller ScreenPad Plus and a cramped keyboard and trackpad. It simply feels like there is a little too much squeezed into a tiny space.

However, if you can overlook the ergonomic trade-offs required to have a second screen on the ZenBook Duo, you will have yourself an incredibly cool-looking, portable laptop that is great for both productivity work and entertainment after a long day at work or school. That said, if you can afford the rather huge price tag, we will recommend you go with the ZenBook Pro Duo instead with its dual touch screen and more evenly spaced out keyboard and trackpad.

A smaller version of one of ASUS’ best laptop in 2019, the ZenBook Duo is smaller, more portable, and more affordable but it will take you some time to get used to the smaller, more compressed keyboard and trackpad. 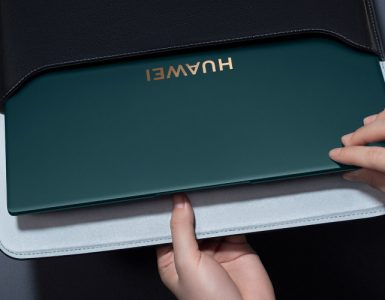 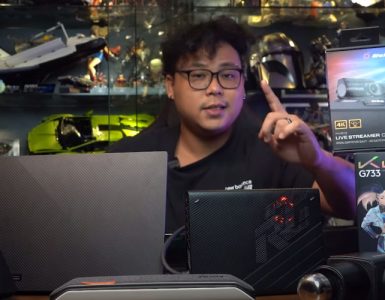 Star Wars Day 2021 Singapore: How To Experience All The Events & Activities At The ArtScience Museum