Samuel L Jackson Is The Newest Alexa Voice, And He Certainly Swears Up A Storm

Clean speak and Samuel L Jackson don’t exactly go hand in hand, especially with the actor’s unapologetic, self-proclaimed love for the perfect curse word that is “motherf***er”. It certainly comes as pleasant news, then, that Alexa-powered devices will offer both censored and explicit versions of Jackson’s voice, as the man lends his vocal expertise to Amazon.

Starting now, users can incorporate the man’s voice into their products for the sweet, sweet price of US$1 (yes, you read that right). Activating it requires them to say, “Alexa, introduce me to Samuel L. Jackson”, following which the purchase has to be confirmed. Select either the clean or dirty language option (both of which can be changed as and when the situation calls for it), set the Alexa-powered devices up, and behold Jackson’s glorious responses.

There’s a whole list of questions that users can ask from different categories, including the more informative bits about his Hollywood life and personal favourites, to casual small talk topics. Here are some examples:

Yeah, you get the idea. It’s an amusing mix of useful and absurd queries, and Jackson’s answers will be tailored accordingly. In other words? Expect plenty of witty and comic retorts to accompany some of the actual help offered.

Unfortunately, Jackson’s Alexa voice doesn’t work with shopping, lists, reminders, and Alexa Skills. If the profanity version is enabled, he’ll say “I’m not reminding you of s**t,” such that you are reminded of how you are really not “the sh**t”, but just someone with poor reminder and memorisation skills. #relateable 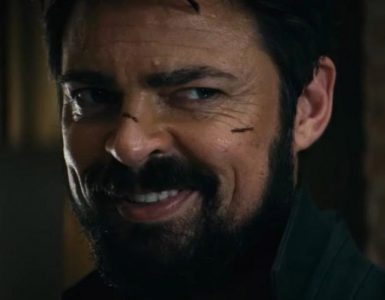 The Boys is already crazy enough as it is. Will Diabolical turn the craziness up another notch?