Geek Review: Ant-Man and the Wasp

It may not have the heroic clout of the Avengers movies, nor the rich tapestry of the Marvel Cinematic Universe that has been 10 years in the making, but Ant-Man and the Wasp is every bit the superhero movie that audiences can fall in love with, and it does so without the cameos, nods, references and links that have formed the foundation of the genre.

Taking place two years after Captain America: Civil War and right before the events of Avengers: Infinity War, the film continues the life of criminal-turned-superhero-turned criminal Scott Lang (Paul Rudd), who has been placed under house arrest after his jaunt in Germany with Captain America. His one-time mentor, Hank Pym (Michael Douglas), along with Pym’s daughter, Hope (Evangeline Lilly) are wanted by the police, and have gone into hiding, and he has just three days more before he becomes a free man. 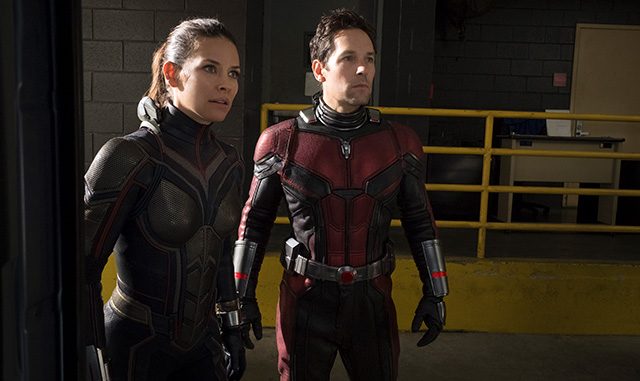 And if you missed anything, don’t worry – there’s a whole segment of exposition to get audiences up to speed, and boy do things start happening. Watching the first Ant-Man is a must when it comes to this sequel, as the driving force of this movie is the search for Janet (Michelle Pfeiffer), Hank’s wife and Hope’s mom, who disappeared into the Quantum Realm prior to the events of the first film. It’s the same realm that Scott successfully returned from in the first film, so his involvement is a must.

There’s also the return of Luis (Michael Peña), Dave (Tip “T.I.” Harris) and Kurt (David Dastmalchian) as Scott’s former gangmates turned business partners, who pile on the comedy even as the FBI, criminals and villain Ghost pursue the trio. To his credit, director Peyton Reed understood that the success of his first film was largely due to the casting of Rudd and Lilly, and focuses on the couple a lot more. Both are reluctant to play the hero, but it is in her desire to want a family that allows Hope to shine as a character and a partner. The same goes for Scott, who is torn between being loyal to his superhero family, and that of his daughter, Cassie. Rudd’s natural charm, along with Lilly’s energetic take on Hope, sustains the movie, even as it narrowly crosses over to being slightly more campy than necessary. Lilly’s turn as The Wasp also makes her the first female Marvel character to share the movie’s title, and it is well deserved.

Reed also repeats some of the original movie’s key elements, but to good effect. The de-aging of Hank Pym is done here again, this time with Janet. Remember Luis’ way of retelling a story? It was done to great effect then, and Reed found a way to inject it in here once again, without being repetitive. 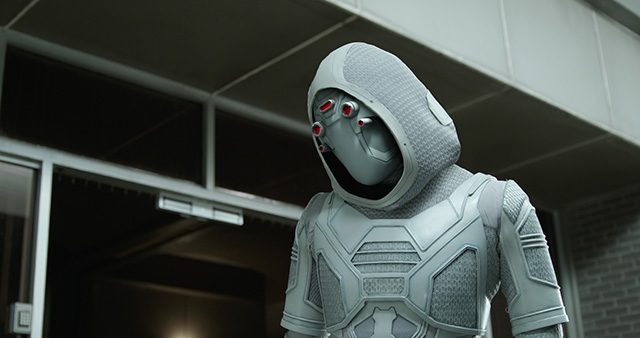 After he is given a new suit, Scott has to deal with controllable changes in his size, and much is used to pretty comedic effect. A shift causes him to play the part of a runt at his daughter’s school, and as a giant running across the street of San Francisco. The shrinking and enlarging abilities are also put to good use, as the technology allows for some imaginative effects to be created, from shrinking cars, buildings, to having gigantic PEZ dispensers and ants.

It is the comedy that saves some of the rather lazier writing, of having at least 5 different groups of people cross paths constantly throughout the movie. Reed expertly juggles the different groups around, but there’s no denying that the film tries to fit in too much. 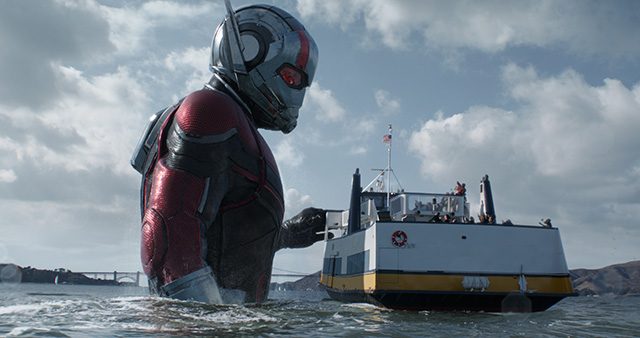 Compared to the more recent movies in the MCU, there are no major world-beating threats or murderous despots to confront, which allows the film to focus on itself. But if you do want to know how the movie ties in with Infinity War, be sure to stay for both post-credit scenes. It begs for more questions to be answered, including, the original unanswered one – where was the tiny but powerful Ant-Man during the events of that massive movie?

The title might have Ant-Man as first billing, but the true hero of this film is The Wasp, Evangeline Lilly and Paul Rudd are having way too much fun in this movie, while also charming audiences at the same time.