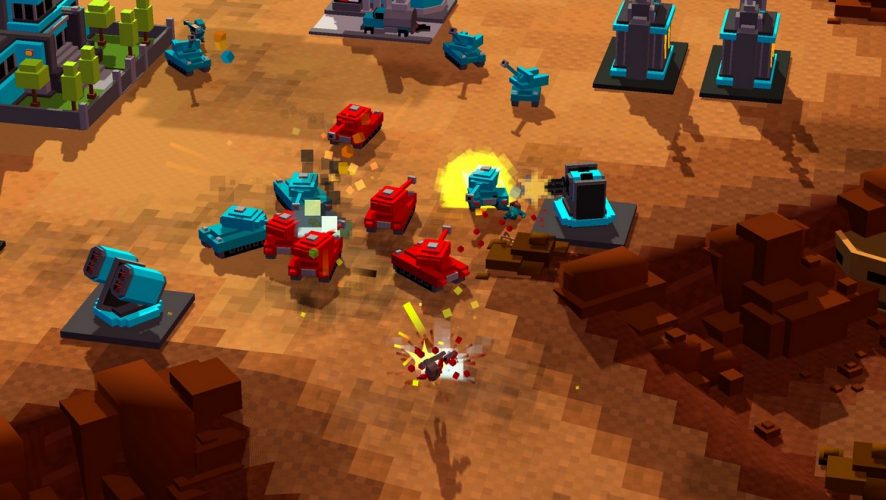 We cannot help but bemoan the fall of one of our favourite genres here at Geek Culture, that of the epic RTS. The loss of truly wonderful real-time strategy games has left a void in our gaming world and while few will ever come close to the level of Westwood Studios’ Command & Conquer series, or Blizzard’s Starcraft and Warcraft of old, Petroglyph Games’ 8-Bit Armies is rising to the challenge, with its release on PS4 and Xbox One after being on PC for a while. 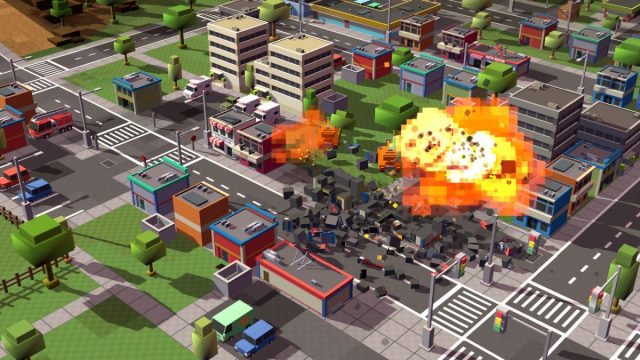 Or at least, it tries.

8-Bit Armies is a blast from the past, not just visually, but in its content and delivery. Campaigns for the two opposing factions, the Guardians and the Renegades, consist of 25 missions with a slew of main and bonus objectives, and if you thought there will be a story to push you through each encounter, you will be sorely mistaken. 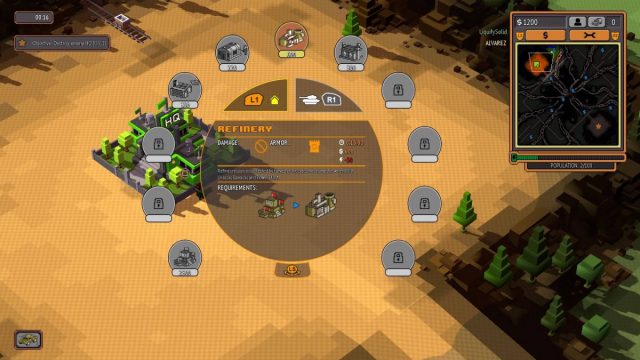 This lack of narrative extends to the admittedly more enjoyable co-op campaign, but it is essentially a repeated experience of loading into a mission, destroying the objective, and repeating the steps. The lack of strategic variation also does not help.

You build up your base and gather resources to pump out the most powerful units, and often times, it feels as though the enemy is just waiting for you to steamroll over them. It is too simple and while it makes every game short, it does not provide the strategy and tactical nous we crave for in an RTS. 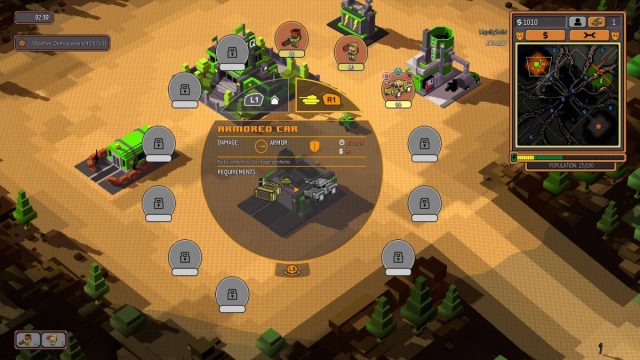 At least, if you are playing PvP, you will get more mileage with human opponents rather than the simplistic AI.

You could easily mistake 8-Bit Armies for a mobile game, sans the annoying microtransactions and energy timers. The saving grace is that its visuals are great fun to watch. Watching literal 8-bit armies clash in the various biomes would inevitably put a smile on your face, and the cutesy explosions of destructible buildings are awesome to witness 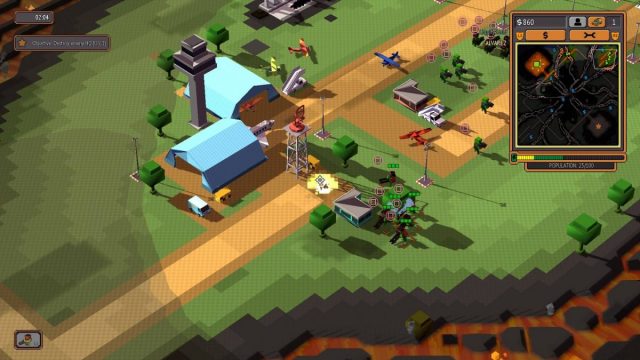 While the action is without a doubt the highlight of 8-Bit Armies’ experience, the task of building up your base and army is made less tedious with the music of Frank Klepacki, the original composer of Command & Conquer.

The music is definitely more modern, but it still maintains much of the charm of yesteryear. It is enjoyable to hear for when you are bombarding the enemy, or just sending your harvester out for a run. 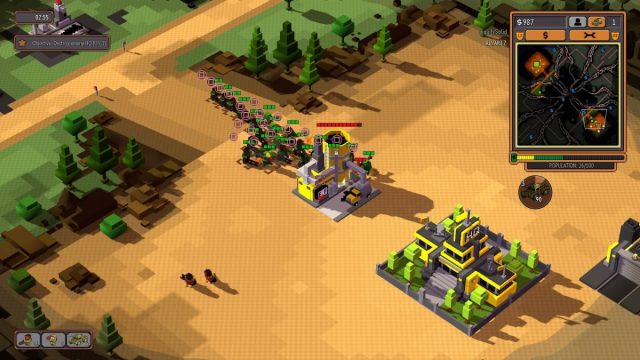 Controlling your armies is surprisingly easy as well, and constructing buildings, producing units, and sending them off into the world is all done easily with a few button presses. It is a streamlined approach that works on consoles, but only so because of how shallow the rest of the game feels.

Alas, even though many of the developers and executives who worked on the original Command & Conquer at Westwood Studios are founding members of Petroglyph, 8-Bit Armies never truly hits the heights of the RTS classics. However, if you are looking for a dose of nostalgia in short bursts, or introducing someone new to the genre, the adorable visuals and music of 8-Bit Armies might just be the one for you.

8-Bit Armies might not be the saviour of the RTS genre, but it is a neat and simpler alternative for the consoles.